The "copaganda" epidemic: How media glorifies police and vilifies protesters 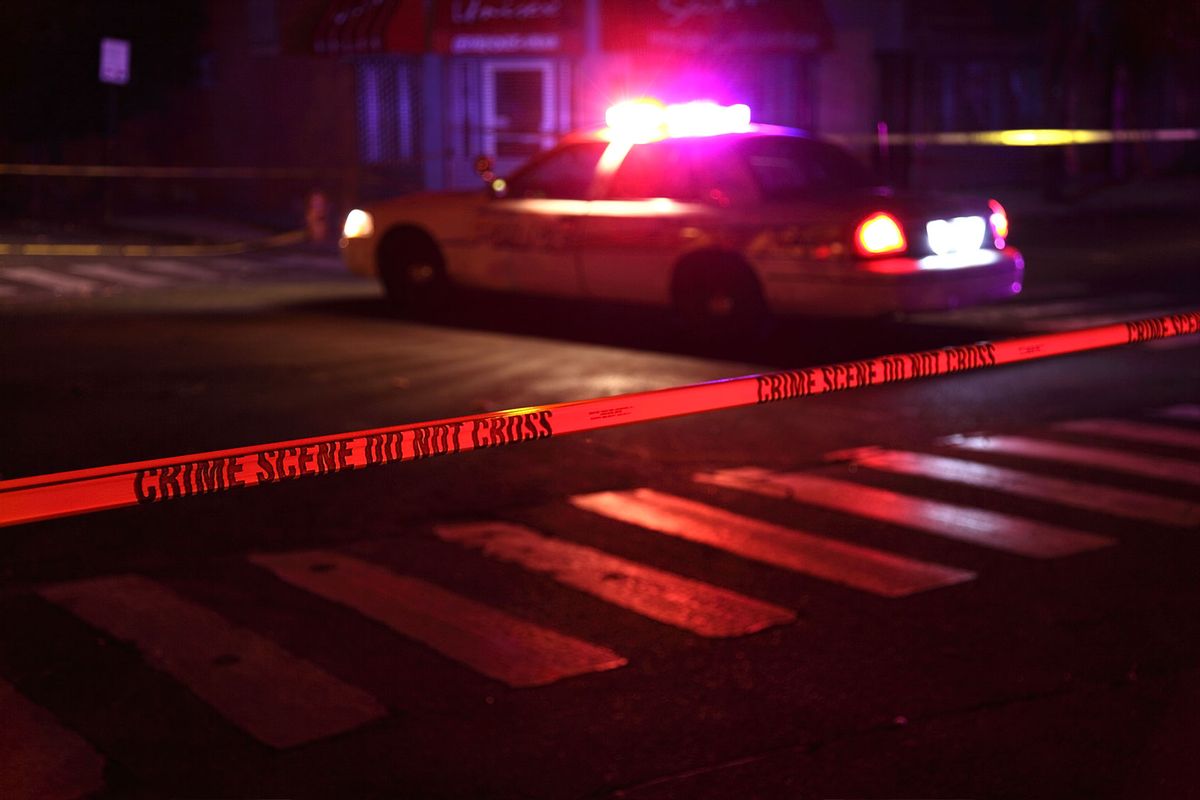 Last year, Project Censored identified news coverage of protests by Black Lives Matter as an egregious example of "News Abuse," the Project's term for distorted, misleading coverage of genuinely important news topics. Legacy and corporate media portrayed BLM demonstrators across the United States as violent and chaotic, despite subsequent evidence that, in 97 percent of cases, protests were peaceful and nonviolent. At the time, alternative and independent media carried very different stories, some with headlines accurately describing "police riots." Nevertheless, in 2022, corporate media continued its pro-police bias when reporting on crime, law enforcement and ongoing struggles to reform the justice system.

Consider, for example, news coverage of a highly anticipated FBI crime data report, released on Sept. 27, 2021. Newspapers featured sensationalized headlines about one aspect of the multifaceted report. Though major crimes had declined overall, the homicide rate rose. The Washington Post's headline screamed, "Killing Soared Nearly 30 Percent in 2020, with More Slayings Committed with Guns." The New York Times' coverage led with the headline "Murders Spiked in 2020 in Cities Across the United States," and NPR, NBC News, the Hill and the Guardian also focused on the homicide spike. Journalists failed to use the occasion to question the efficacy of policing, or to open a broader dialogue about public safety in the United States. Writing for The Nation, Scott Hechinger, a longtime public defender and now executive director of Zealous, identified how journalism got the story wrong.

Without minimizing the terrible loss of each life taken, Hechinger explained that even though the murder rate rose by 30 percent in 2020 compared to the previous year, homicides were now at historic lows, especially when compared to the 1980s and 1990s. Not surprisingly, establishment journalists jumped on the homicide increase, offering "explanations" primarily from law enforcement, even though ascribing short-term fluctuations in crime data to any particular cause is, according to Hechinger, "impossible."

Current crime reporting is not based on "criminological facts" but continues to repeat familiar narratives that helped drive the mass-incarceration binge. As Hechinger detailed, reporting is marred by "alarmist headlines" and "dehumanizing language" with "overly simplistic stories" that "provoke fear in the public." Indeed, the narrative elements Hechinger described follow the storylines of the docu-cop reality shows that aired on Fox and other networks in the 1980s and '90s, which were often mirrored in local news reporting. Today, the misleading narratives show up across the media, even in prestigious newspapers.

Fear-based coverage of the FBI report excluded the perspectives of public defenders, social workers, health professionals, academics, researchers and communities with direct experience of the criminal justice system. Foreclosing those voices with editorial selections of "newsworthy" sources is a hallmark of News Abuse. In this case, as Hechinger noted, it allowed police "to use their failures to demand more resources, more funding, more support." The pro-police framework for reporting on crime and justice issues serves to misdirect policy discussions on policing and blocks solutions to corruption, police brutality and the criminalization of people and communities of color.

Consider the April 12, 2022, shooting that took place on the Brooklyn subway, where 29 people were injured but no one was killed. Despite the number of police officers now patrolling the subway system and the use of surveillance cameras in every subway station in New York City, police did not stop the shooting spree. Instead of questioning police failures and hefty budgets, the NYPD took center stage in reporting the hunt for Frank James, the suspect. The New York Times lionized police efforts, saying hundreds of officers were using methods "as modern as scrutinizing video from surveillance cameras and parsing electronic records, and as old-fashioned as a wanted poster." Responding to the fawning press treatment, Josmar Trujillo of Copwatch pointed out that the cops actually failed to find James, while the Times repeated, "They're going to stop this guy, they're going to catch this guy," though the NYPD did neither.

Mayor Eric Adams praised police for arresting Brooklyn shooting suspect Frank James, even though he had wandered around the city for hours before calling a hotline to give authorities his location.

The Times also featured Mayor Eric Adams praising New York City's law enforcement officers for eventually arresting the suspect, though James had walked around the city for hours, gone to a McDonald's, and finally called the police hotline to give authorities his location. Even so, on the sidewalk, New Yorkers had to point the man out to cops to make the arrest. The mayor pronounced the solution to all such crimes, saying that if "all goes well, he will never see the outside of a prison cell again." Trujillo called this "copaganda," when police agendas lead in media coverage and cops are foregrounded even in the face of failure. Another writer, Mark Anthony Neal, defined copaganda's active role in countering attempts to hold police accountable for malfeasance as "reinforcing the ideas that the police are generally fair and hardworking, and that 'Black criminals' deserve the brutal treatment they receive."

A systematic look at media coverage of crime led critic Julie Hollar to identify what has been called the "Ferguson Effect," defined as the supposed fear and resulting retreat from policing "caused" by Black Lives Matter. One USA Today headline clearly illustrated this: "Why Violent Crime Surged after Police Across America Retreated." Hollar observed that blaming BLM is popular among police chiefs and their media boosters who seek to "defend against movements challenging police violence" and "deflect blame back onto protesters." Hechinger also pointed to an overwhelming media bias that, "against all evidence to the contrary and the FBI data itself," continues to assert that the increases in homicides could have been "caused by bail reform and protests for racial justice following the police killing of George Floyd."

Today we know, from experience and overwhelming research, that releasing people from jail prior to trial reduces crime for years in the future — and saves tens of millions of dollars in each major city. Yet police point to BLM protests and measures such as bail reform to account for the rise in murders. Speaking on FAIR's "CounterSpin," Alec Karakatsanis, a former civil rights lawyer and executive director of Civil Rights Corps, explained that jailing people "prior to trial just because they can't make a monetary payment actually increases crime by huge margins." It makes people more likely to commit crime by destabilizing their lives, disrupting medical treatment and mental health care, forcing them out of jobs and housing and often separating them from their children. "Cash bail is actually really harmful to public safety," Karakatsanis explained. Police, prosecutors and judges may still detain anyone who is a danger to the community or is charged with a serious offense.

Yet the New York Times referred to bail reform using the scary, mystifying phrase "the revolving jailhouse door created by bail reform," a not-so-subtle reference to the infamous "Willie Horton ad" that fabricated the criminal justice policies of Democratic presidential candidate Michael Dukakis and helped George H.W. Bush get elected in 1988. Ironically, the advertisement, which depicted the entrance to a jail where inmates entered through a revolving door and immediately returned to the streets, was criticized by the Times in 2018, when the paper called it part of "the racially charged politics of crime" that "reverberate to this day."

from Salon on crime and justice

Robin Andersen is an award-winning author and professor emerita of communication and media studies at Fordham University. She edits the Routledge Focus Book Series on Media and Humanitarian Action. Her forthcoming books are "Investigating Death in Paradise: A Critical Study of the BBC Series" and "Censorship, Digital Media, and the Global Crackdown on Freedom of Expression." She writes regularly for FAIR and is a Project Censored judge.