Why does Austin Butler still talk like Elvis Presley? 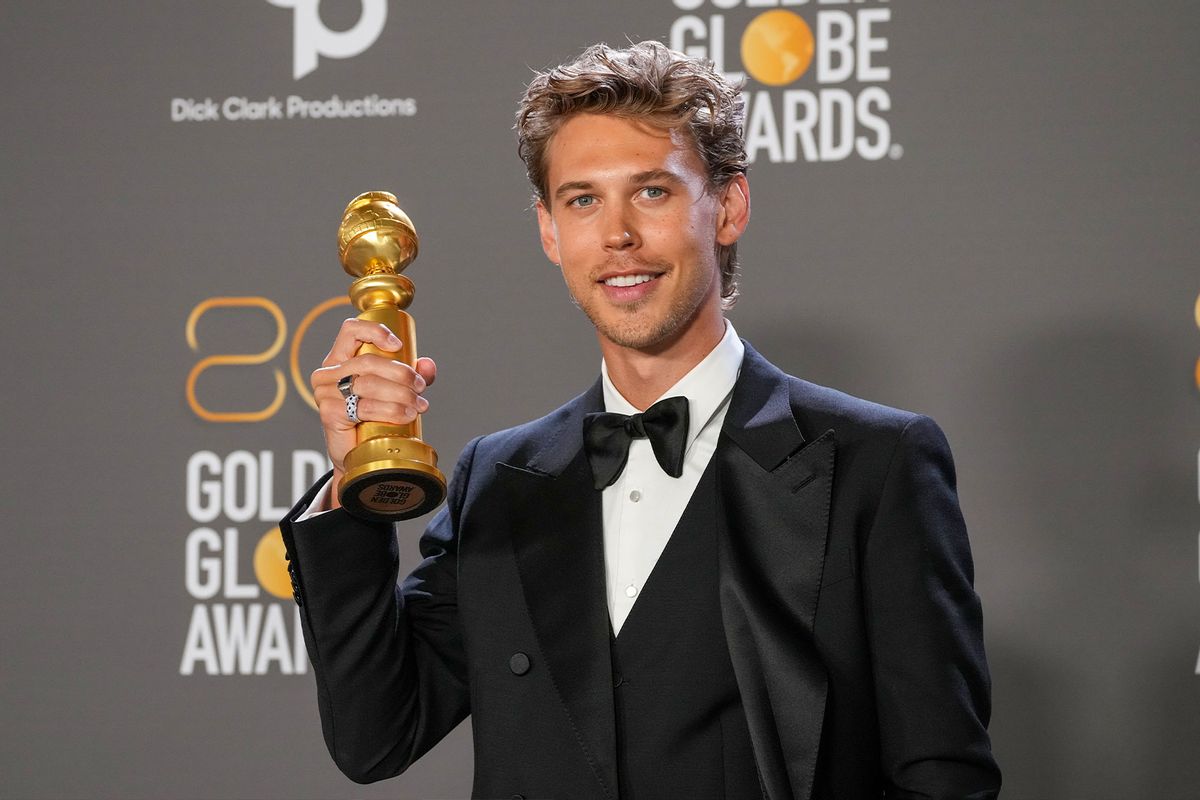 Austin Butler poses with the Best Actor in a Motion Picture – Drama award for "Elvis" in the press room during the 80th Annual Golden Globe Awards at The Beverly Hilton on January 10, 2023 in Beverly Hills, California. (Kevin Mazur/Getty Images)
--

Austin Butler took home a Golden Globe Tuesday night in the Best Actor in a Drama Motion Picture for his starring performance of Elvis Presley in Baz Lurhmann's musical-drama biopic "Elvis." But while some viewers celebrated Butler's recent achievement, many were distracted during his acceptance speech.

It wasn't so much what he said, but how he said it. Butler is still speaking in a distinct accent – namely the accent he had used in the movie to play the Mississippi-born Presley.

"My boy, my boy. Oh, man, all my words are leaving me. I am just so grateful right now," Butler addressed the crowd, speaking in Elvis' iconic southern drawl. "I'm in this room full of my heroes. Brad [Pitt], I love you. Quentin [Tarantino], I printed out the 'Pulp Fiction' script when I was 12. I cannot believe I'm here right now."

Listen to the full acceptance speech:

Butler's accent first made headlines three years ago, when the 31-year-old actor was preparing for and shooting the biopic. His day-to-day voice soon melded with Elvis' and frequently came up in interviews, even a recent "Saturday Night Live" hosting gig.

"I don't think I sound like him still, but I guess I must because I hear it a lot," Butler told People backstage after his speech. "I often liken it to when somebody lives in another country for a long time, and I had three years where that was my only focus in life, so I'm sure there's just pieces of my DNA that will always be linked in that way."

Was there anything real about Elvis Presley?

In a 2022 interview with GQ, the actor revealed that his intense commitment to his role ultimately left him feeling out of touch with his own identity: "You can lose touch with who you actually are. And I definitely had that when I finished Elvis – not knowing who I was."

He reiterated his sentiments while speaking to ELLE Australia in June, saying he's not surprised that fans are talking about his change in accent, considering that he "didn't do anything else for two years [apart from working on 'Elvis']" which is "such a large chunk of life."

Butler continued, "Because I'm a shy person, and when I know that there's bits of Elvis that I'd have to click into in order to go out on stage and be in front of a ton of people, being surrounded by his name everywhere, there's triggers. You spend so much time obsessing about one thing, and it really is like muscular habits, your mouth can change. It's pretty amazing. I know that I'm constantly changing. Check in with me in 20 years when I've played a lot of roles. Who knows what I'll sound like!"

Adopting accents is not a new phenomenon, but it's certainly surprising when it's so marked, as with a public figure like Butler, whose accent as a child was distinctly not Elvis-like at all. Per Bustle, mimicking people's accents is actually more common than we think. One misconception is, "It stems from a kind of poorly founded personal identity; if you're an innate people-pleaser or intent on blending in, the thinking goes, you're more likely to want to fit in with a crowd as much as possible, and that extends to accents." But actually, mimicking accents is "a pretty strong part of human interaction — but it may only show up if you spend a prolonged period with people with radically different accents."

There's also "the chameleon effect," which states that "by imitating another person's gestures, body position, head tilt, voice modulation and, yep, accent, you're trying to make yourself look more like them, and hopefully seem less threatening and more likeable."

In Butler's case, his Elvis accent seems to be a consequence of intense years of method acting. During an interview on the red carpet at the Golden Globes, Butler told Laverne Cox that it's hard for him to talk about his change in voice:

"It's sort of like you're a kid and you're growing; that's why you have to draw lines on the wall," he said. "I can't really reflect on it too much. It's just this process that I don't know the difference."

about Austin Butler or Elvis Presley: