Meet the "California sober" set: Why trendsetters are ditching all drugs except pot

Abstaining from alcohol while indulging in cannabis is getting trendier. Here's why 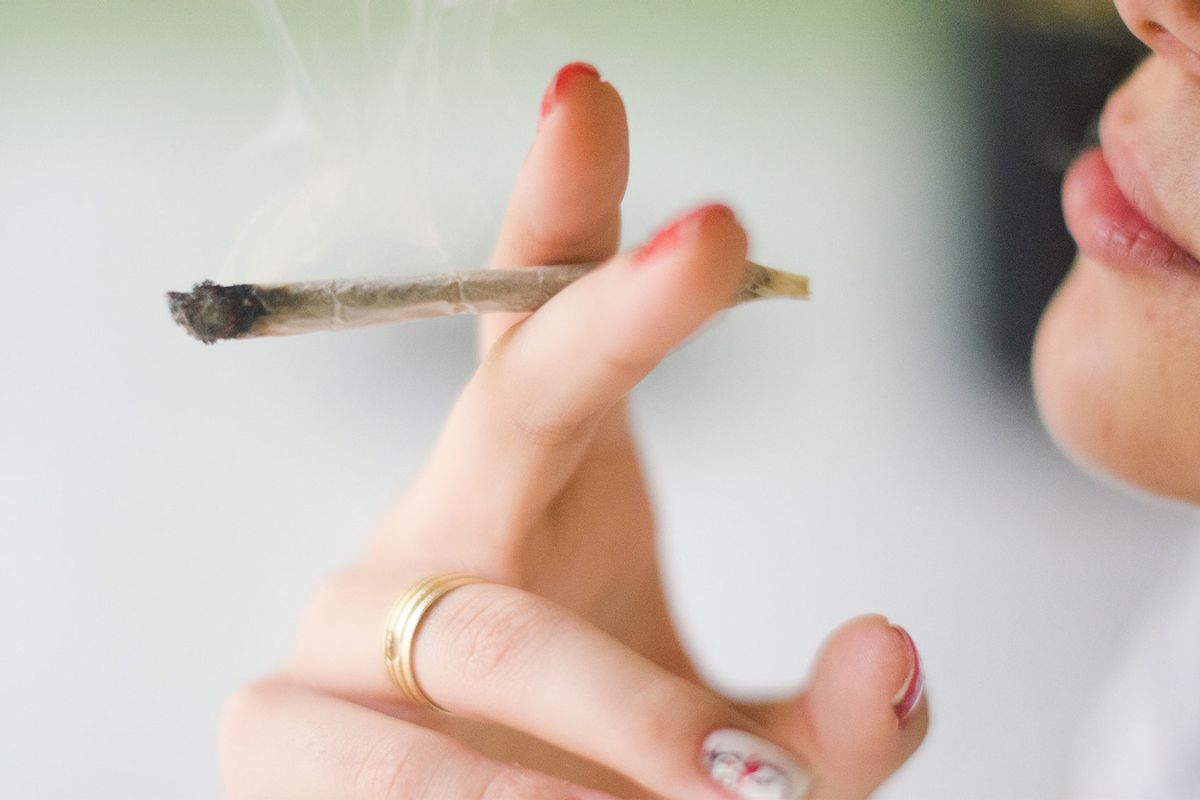 This month, as many folks attempt to ditch alcohol for "Dry January," some are picking up cannabis as a replacement. In some circles, skipping booze for weed is a lifestyle colloquially known as going "California sober," a reflection of the lax attitudes around pot that abound in the Golden State.

For Alexis*, a 35-year-old software engineer from Portland, Oregon, being California sober means abstaining from alcohol, cocaine, meth, psychedelics, nicotine — everything but marijuana and caffeine. After witnessing how her parents struggled with addiction and alcohol use, she self-described as "straight-edge," meaning she stayed totally abstinent from drugs until her late 20s. Then, she found cannabis.

For some folks, especially those in the addiction recovery world, using one drug to help you stay off another is a taboo dooming users to failure or relapse.

"When I did finally get introduced to marijuana, it was like night and day for my general anxiety, and helped me feel creatively empowered," Alexis told Salon. "Marijuana made the world softer without the downsides I saw my friends go through with other drugs."

The term "California sober" evokes breezy West Coast stoner vibes, as the state was one of the first to legalize medical marijuana in the '90s. California's Humboldt County, situated in the far northwest of the state, is legendary for its "Emerald Triangle," once home to many underground pot farms. Now, of course, cannabis in California is a multi-million dollar industry that by some estimates will soon make up about 20 percent of the entire country's legal weed market.

But is ditching all other drugs besides cannabis really all that "sober?" For some folks, especially those in the addiction recovery world, using one drug to help you stay off another is a taboo dooming users to failure or relapse. One rehab retreat center warns, without citing sources, that "medical use of marijuana can be dangerous for people in recovery and may lead to an even worse relapse over time."

This idea is plastered across other rehab websites, too. The message is clear: If you've struggled with opioids, stimulants, alcohol or benzos, then stay away from all other drugs, including marijuana.

But how much truth is there to this statement?

Based on several measurements of harm, including dependence and risk of overdose, cannabis is remarkably less risky compared to alcohol. Though using marijuana, the extract of the cannabis plant, is not "safe," it is very rarely a direct cause of death. One literature review could only find 35 deaths associated with cannabis, many of them involving complex medical history; while a more recent study in England found that toxicity from cannabis was "negligible."

Meanwhile, alcohol is attributed to 3 million deaths per year globally, or 5.3 percent of all deaths from any cause, according to the World Health Organization. Using alcohol has also been linked to more than 200 different diseases and at least seven types of cancer.

Grinspoon emphasizes that cannabis can be addictive. But that doesn't mean moderate use can't be a sort of in-between strict sobriety and destructive drug use.

"Drinking has become more and more of an issue the older I became," James*, a 28-year-old consultant from Phoenix, Arizona, told Salon. "Drinking further harms my already impacted impulse controls. I've drank and driven, self-harmed and hurt loved ones due to words I've said while intoxicated. At this point, I recognize that it's very hard for me to live a 'sober' life — if I don't smoke cannabis, I'll drink. If I don't drink, I'll smoke cannabis. Even in times where I've really worked on my sobriety, I always lapse. Rather than setting myself up for failure, I'd rather work on my own moderation with cannabis."

Going California sober can be an effective harm reduction tool, says Peter Grinspoon, a primary care physician at Harvard Medical School who specializes in medical marijuana. He says he's helped many of his patients transition from opioids, alcohol or both to cannabis instead. Grinspoon, who is also a board member of the advocacy group Doctors For Cannabis Regulation, emphasizes that cannabis can be addictive. But that doesn't mean moderate use can't be a sort of in-between strict sobriety and destructive drug use.

"Millions of people use cannabis as part of their recovery," Grinspoon told Salon. "Addiction kills. We need a big tent for recovery, not a small tent."

Yet Grinspoon says this idea of being "California sober" has not widely caught on with addiction psychiatrists, who still think of marijuana as dangerous and having no medical value. These attitudes can be linked to Alcoholics Anonymous, which has published literature warning that "the misuse of prescription medication and other drugs can threaten the achievement and maintenance of sobriety" and that people who used "street drugs, ranging from marijuana to heroin, have discovered the alcoholic's tendency to become dependent on other drugs."

"The Big Book was written in 1939, before we had MRIs, before we understood the brain," Grinspoon said, referring to the best-selling text authored by Bill Wilson about how to quit problematic alcohol use. "This is an ideology, not science. Yet it has such an overwhelming influence."

"In short, 'addictive personality' is a complete myth."

Alcoholics Anonymous and other rehab routes typically promote the myth of cross-addiction or the "addictive personality" — the idea that if you can't use one drug responsibly, then you can't use moderate amounts of another substance. In other words, the idea that abstinence from all drugs is the only route for someone with a substance use disorder.

The addictive personality is not a topic that has been researched in much detail, but much of the evidence for it is weak. Furthermore, this model reduces the complexity of addiction into a "one type fits all" approach, according to Mark Griffiths, a professor and psychologist at Nottingham Trent University who specializes in behavioral addictions like gambling and sex addiction.

Regardless of its merits or pitfalls, cannabis use is not going away. As more and more states and countries undo prohibition, citizens have more choices for getting buzzed. There are other state-named consumption regimens too, including "Colorado sober," which means one abstains from alcohol, but indulges in cannabis and psychedelic drugs like psilocybin "magic" mushrooms.

"Alcohol can be a tough one to drop, but the long-term benefits of not blacking out regularly, not drinking daily and developing into a borderline alcoholic are very positive," Tyler, a 37-year-old homesteader from Texas and former Colorado resident who identifies as "Colorado sober," told Salon. Denver, Colorado was the first city to decriminalize mushrooms in 2019, with the rest of the state following suit last November, but also legalizing DMT, ibogaine, mescaline and a few other powerful psychedelics. So The Centennial State has a bit of a reputation for ego-dissolving, mind-altering substances.

On the weekends, Tyler would alternate between LSD, mushrooms and DMT. "Having cannabis and psychedelics to turn to is nice and can help remind you of long-term goals," he said. Psychedelics are surging in popularity in other parts of the country, too, so maybe "Colorado sober" is becoming more of a thing, like the California version. It's not that new of an idea, actually. After all, even Bill W., the founder of AA, was a proponent of using LSD to quit drinking booze.

Getting intoxicated is a big part of being human. It is very probable that many of those reading this now are under the influence of a stimulant like caffeine. Psychedelics and alcohol have played a role in the growth of civilization; though any drug can have ill health effects, there's nothing morally wrong with experiencing a buzz. Regardless, any drug can be toxic if not used responsibly — and no matter what path one chooses, there are always risks. The lines between "sober," "California sober" and "Colorado sober" reflect how different people are risk-averse in different ways.

*Names have been changed.

about cannabis and marijuana