"If you are legitimately royals living in the United States, we hope you'll come by and have one on us" 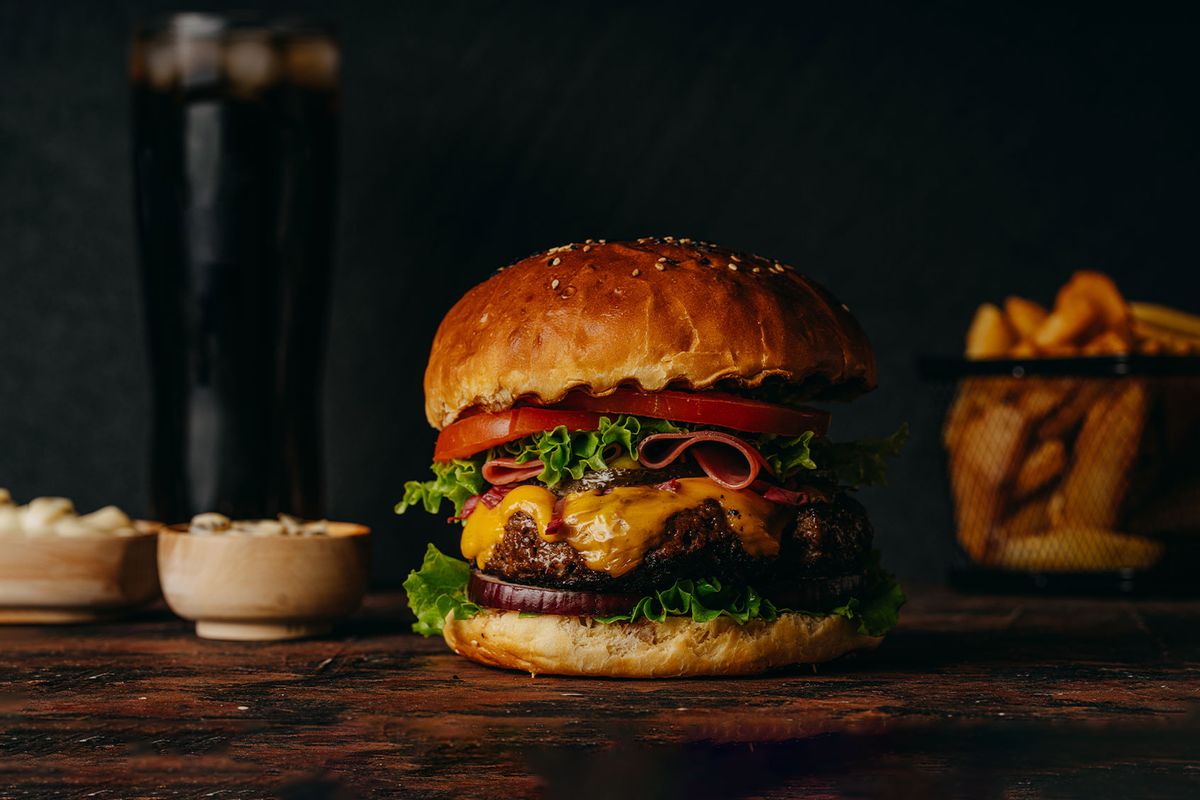 In the same vein as the British tabloids, Wayback Burgers is not a fan of Prince Harry's recent bombshell memoir "Spare."

The American burger chain poked fun at the Duke of Sussex with its latest promotional menu item, simply called "The Royal Silencer." The hefty burger is described as "a one-of-a-kind burger designed to silence the urge to spill family gossip to media outlets, book publishers and documentarians alike," per The Takeout. There's also a third burger patty that is, "a spare patty for the world's most notable 'spare'" — a reference to the term "the heir and the spare" which has followed Harry and his brother, Prince William, their entire lives.

As if its name and description weren't humiliating enough, the Silencer was further promoted by Wayback's president, Patrick Conlin, who also threw shade at both Harry and his wife Meghan Markle:

"Remember, no matter the family situation, there isn't a problem in the world that cannot be resolved over a good burger," Conlin said in a press release, also obtained by Takeout. "If you are legitimately royals living in the United States, we hope you'll come by and have one on us."

Harry's "Spare" was officially released on Jan. 10 after several outlets leaked the book's most damning bits. A few shocking highlights include Harry's Nazi costume debacle, his rude awakening to his mother's death, his kill count in Afghanistan, his heavy drug usage at the age of 17 and his strained relationship with Camilla, the Queen Consort of the United Kingdom.

Harry previously reiterated the importance of his memoir in an interview with Anderson Cooper on "60 Minutes."

"Now, trying to speak a language that perhaps they understand, I will sit here and speak truth to you with the words that come out of my mouth, rather than using someone else, an unnamed source, to feed in lies or a narrative to a tabloid media that literally radicalizes its readers to then potentially cause harm to my family, my wife, my kids," he said.