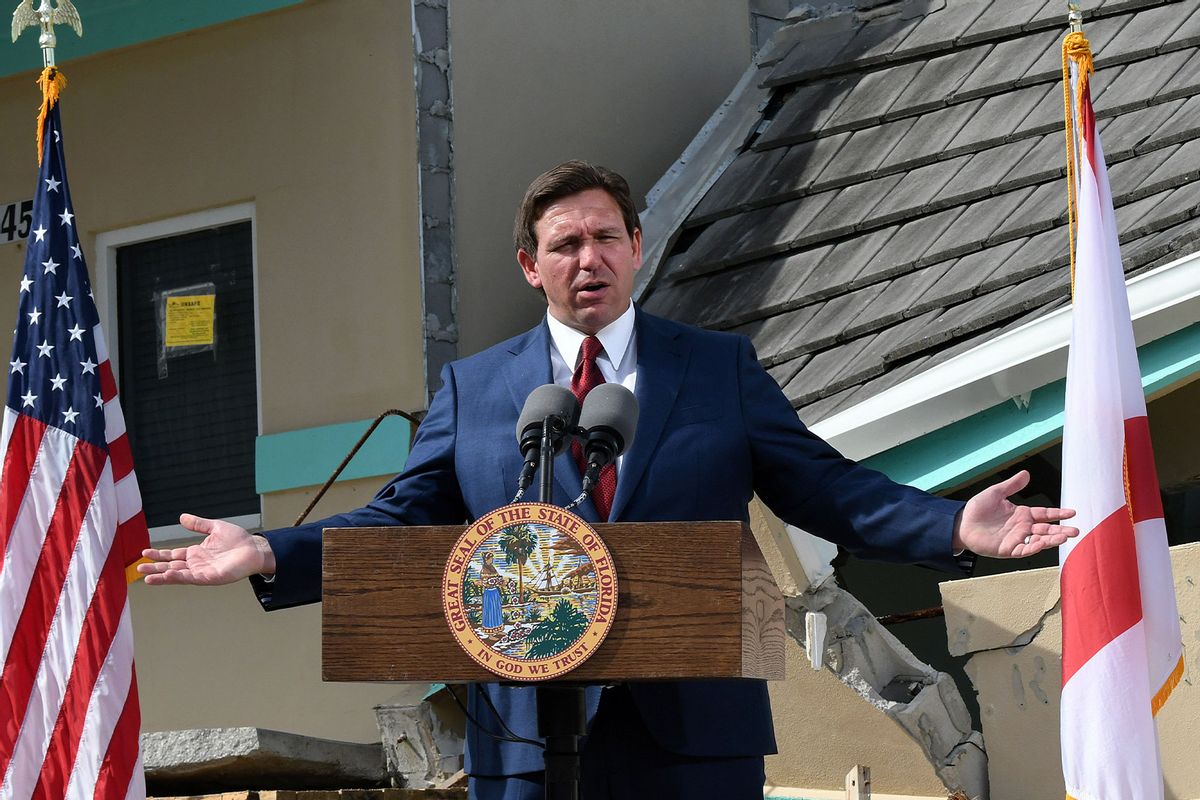 Educators, lawmakers and historians across the U.S. have issued a roar of criticism at Florida Gov. Ron DeSantis after reports emerged that the far-right Republican's education officials blocked an Advanced Placement class in African American Studies from state schools.

As reported by ABC's Averi Harper, members of the DeSantis-appointed Department of Education rejected the optional AP African American Studies program in a letter to SAT test administrators, the College Board -- incorrectly claiming that the program "significantly lacks educational value."

Tellingly, the department officials' unsigned Jan. 12 letter described the course as being "inexplicably" contrary to the state's laws, indicating that its rejection had no reason or couldn't be explained. Florida previously passed a law banning the teaching of "critical race theory" and last year a federal judge struck part of the state's Stop WOKE Act -- a workplace regulation restricting trainings on diversity and race, which also applies to public schools.

In a statement to The Daily Beast, though, Florida Department of Education spokeswoman Cassie Pelesis elaborated.

"If the course comes into compliance and incorporates historically accurate content, the Department will reopen the discussion," Pelelis said.

In the same news report, The College Board offered that this process is common.

"The process of piloting and revising course frameworks is a standard part of any new AP course, and frameworks change significantly as a result," the College Board said. "We look forward to publicly releasing the updated course framework as soon as it is completed and well before this class is widely available in American high schools."

As reported by The New York Times, 60 U.S. high schools have piloted the course so far in its early development, though during the trials students received no college credit.

Florida Democrats and officials pushed back on the move, across a series of Twitter accounts.

"Who saw this coming after they dismantled the historically Black congressional district in North FL or when they said history will still be taught accurately and truthfully?," Florida's House Democrats asked in a Thursday tweet.

State Sen. Shevrin Jones, a Democrat, called on the state to face the hard conversations in history education.

"Florida is doing its best to tilt the scales and shut down important, much-needed discussions of race, slavery, stolen lands, and undeniable history that have led to where we are as a society today," he said.

"Gov. DeSantis makes it clear once again that a well-rounded education for our students is not a priority for his administration," Metayer Bowen said. "The rejection of the optional AP African American Studies course is a reckless and menacing ban that limits our students' educational needs and values."

As The New York Times' Nikole Hannah-Jones was quick to point out in a tweet, the move registers little surprise for those watching laws aimed at Black history education.

"Remember when we were told they weren't opposing the teaching of Black history, just 'CRT'? And how many dismissed those of us who said these laws were anti-history laws, and anti-Black? Perhaps one day folks will listen to those who know," Hannah-Jones wrote.

The sentiment was echoed by Rant Media co-founder Ahmed Baba.

"The anti-CRT crusade is a false smokescreen to ban basic teachings of America's history of racism. This is an ongoing panic reaction to the 2020 racial justice protests & mass re-education on systemic racism," Baba tweeted.

Educators like attorney and historian Ron Filipowski shared their classroom experience with the topic.

"I taught African-American History for three years in FL to mostly white students. No theory, no CRT, just simple historical facts. Got the same reaction from every class - 'Wow, we didn't learn any of that stuff in US History!'," Filipowski said.

"On this day in 1870, Hiram Rhodes Revels became the first African American to serve in the U.S. Congress. White officials tried to declare his election null and void. To overcome racial inequality, we must confront our history."

As DeSantis' increasingly restrictive education policies begin playing out in the state's classrooms, the online surge of pushback shows no signs of slowing. The core of its message can be summed up in a Thursday tweet from human rights attorney Qasim Rashid.

"DeSantis banning AP African American Studies is a reminder of that old quote -- White privilege is when your history is the curriculum and every other history is an elective."