I own the only abortion clinic in Wyoming: Post-Roe America is a tragedy, and an opportunity

I worked with Dr. George Tiller in Wichita. I own the only abortion clinic in a red state. I'm still optimistic 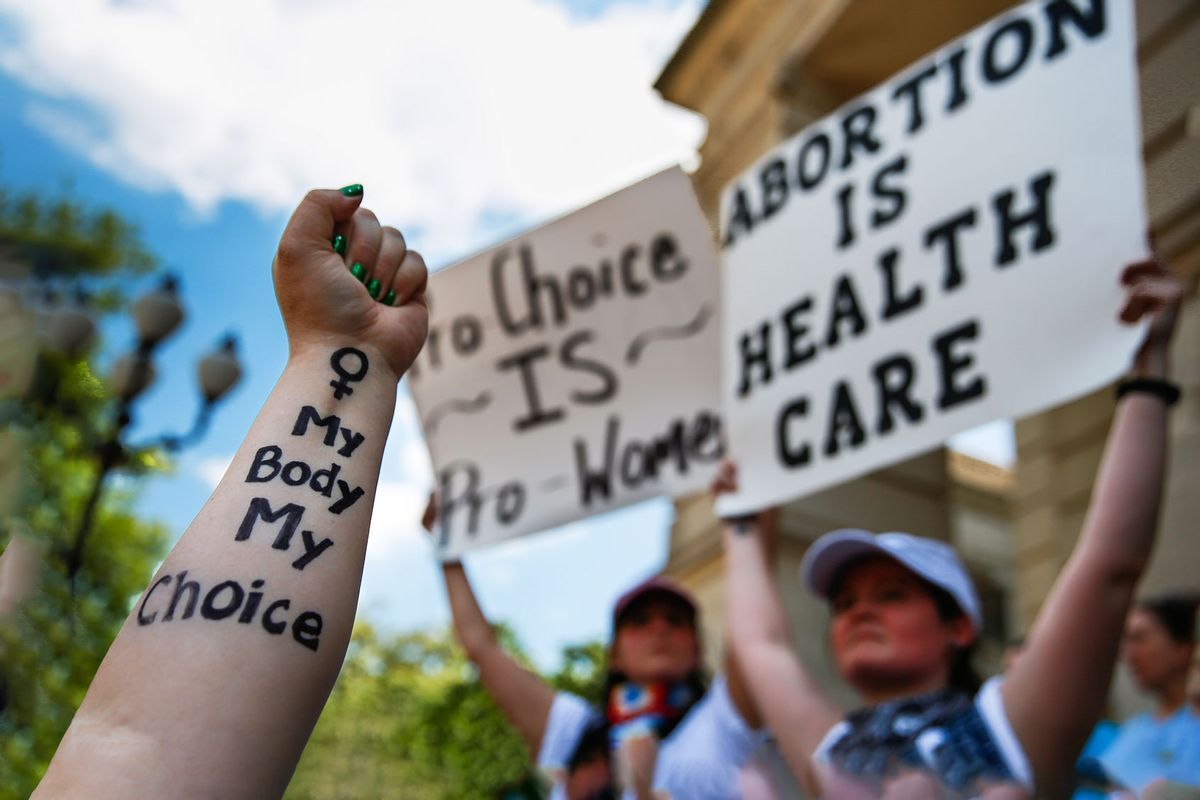 A woman holds up her arm with "My Body My Choice" written on it during a protest against the abortion ban bills at the Georgia State Capitol building, on May 21, 2019 in Atlanta, United States. (Elijah Nouvelage/Getty Images)
--

One morning in 2006, I walked into the office of my boss, Wichita abortion provider George Tiller. The Kansas state legislature had proposed a bill aimed at putting him out of business, a bill that would label him a criminal. I complained that I already felt deflated about the process before us, to defend the right to legal abortion once again. He looked up from his desk just long enough to say, "Solutions, not problems." For every problem, there lies a solution, he counseled, and we just needed to find the right solution to what seemed impossible. Together, we did.

Those three words, "Solutions, not problems," are the lodestar that can guide us as we move forward in a post-Roe America.

Dr. Tiller didn't live long enough to see the more dire problems that the U.S. now faces. Since the Supreme Court struck down Roe v. Wade in June 2022, 12 states states have banned abortion. More than a third of U.S. women of reproductive age now live more than an hour from an abortion care provider. The U.S. has the highest maternal mortality rate in the developed world. Black women are three times more likely to die during pregnancy or postpartum than white women. We cannot possibly talk about the state and protections of the fetus, without having conversations about the equality of women.

"We backslid": Doctors talk about how abortion care changed in 2022

Now, on what would have been the 50th anniversary of Roe, I can hear his voice more clearly than ever, redirecting us away from simply complaining and towards constructing solutions.

The burdens of a post-Roe America will disproportionately impact the most marginalized. Low-income women, especially women of color, lacked access to abortion care even while Roe was the law of the land. Now, depending on their geography, they may be forced to travel hundreds or even thousands of miles,just to access health care. It is unacceptable that millions of people travel for health care, simply based on where they live. It is un-American to divest from those communities that need us most.

It is unacceptable that millions of Americans must travel for health care, simply based on where they live. It is un-American to divest from those communities that need us most.

Every person in every state deserves to have access to the full spectrum of reproductive health care, including abortion. That means every state, even states that are hostile to or have already banned abortion. Pregnant people in "red states" cannot be left behind, and they deserve to have access to abortion care in their own communities. Otherwise, it is disingenuous to call this country the United States of America.

Take Wyoming, for example. I had been working for months to open an abortion clinic in Casper, Wyoming, racing against the clock of the Supreme Court's impending decision. In March of 2022, Wyoming state legislators passed a "trigger law" that would ban abortion, with no exceptions for rape or incest, once Roe was overturned. In May, our clinic, which was set to open in just weeks, was firebombed in an act of anti-abortion terrorism. A month later, the Supreme Court overturned Roe, and Wyoming's trigger law was set to go into effect. It seemed like Wellspring wouldn't be able to open our doors at all, but there was a solution: We joined five other plaintiffs in filing a lawsuit against the trigger law. As of this hallowed anniversary, that law has yet to go into effect. Wellspring will continue to fight to protect every Wyomingite's right to bodily autonomy. Abortion is still legal in Wyoming.

Before Dr. Tiller was murdered in 2009, he endured decades of anti-abortion violence and terrorism. He survived a clinic bombing in the 1980s and an assassination attempt in the '90s. Over the course of his career, many people asked him, "Why stay? Why not move somewhere else, somewhere less hostile?" His answer was simple. He knew that Wichita was a community that needed the care he provided. He also knew that by remaining in Wichita, by leaning into his community rather than running away, change was possible. He was proven right when Kansans overwhelmingly rejected an anti-abortion amendment last summer.

He was proven right again in the November midterm elections, when voters made clear that protecting abortion rights is important to them. Even in "red states" like Kentucky and Montana, anti-abortion ballot measures were decisively shot down by voters. People in states that are hostile to abortion rights clearly believe in the constitutional right to legal abortion. They deserve to have a movement fighting alongside them.

It will take years, even decades, to undo the harm that the Supreme Court unleashed and that abortion bans have wrought. It will likely get worse before it gets better. House Republicans are already moving to advance national abortion bans. Some hostile states are still exploring ways to ban traveling out of state for abortion care or obtaining medication abortion through the mail, among other restrictions. Abortion seekers and those who support them, as well as abortion providers, may become entangled in a web of unjust criminalization.

A post-Roe America is a tragedy. It's also an opportunity for unique, community-based solutions. Roe is gone, and problems abound. In this, the first year without it in half a century, let's commit to solving them together.

about abortion rights after Roe

Julie Burkhart is the president of Wellspring Health Access and the founder of Trust Women. She worked for seven years with Dr. George Tiller, who was murdered in 2009.