Marvel's "Runaways": The next big show for the Trump resistance 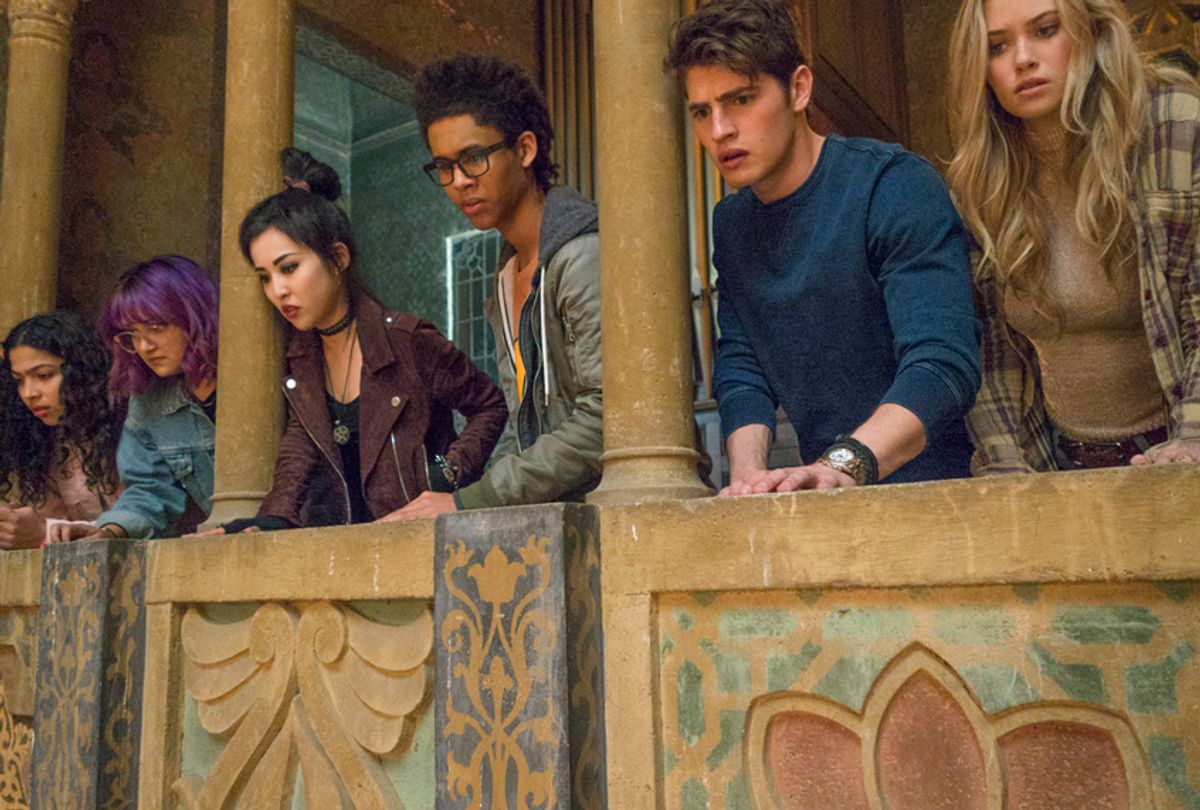 The success that Marvel has had in adapting its comics to movies and TV shows is such that it's not a surprise that the company has started to dig past some of its bigger superhero characters, like Captain America or the Avengers, and is looking towards some of the smaller cult favorites to adapt. Still, it felt serendipitous that "Runaways," a minor 2003 title whose initial run only ran for 18 issues, was one of the Marvel properties that was the talk of the 2017 New York Comic Con.

"Runaways," which was started by Brian K. Vaughan before he became an indie darling with "Saga" and "Y the Last Man," is coming back in a big way this year. Young adult novelist Rainbow Rowell and artist Kris Anka are relaunching the comic series for Marvel, and Hulu is launching a TV series based on the original run, the pilot of which premiered to great fanfare at New York Comic Con.

The story is a dark one. Warning, there are spoilers ahead: A group of high school students (and one 11-year-old girl) discover that their parents are part of a demonic cult called The Pride, which meets every year to sacrifice a teenager to their otherworldly masters in exchange for the financial and professional success they enjoy. Rather than live with this evil in their lives, the kids go on the run, eventually developing some superhero skills of their own that they use to battle their parents.

But while that sounds very romantic, Vaughan went to great lengths to portray the experience of the teenage runaway with surprising realism for a superhero comic. The kids start off as hyper-privileged, college-bound and moneyed, but swiftly have to learn to live with no money and on the margins of society, trying to survive without jobs, benefits or even a safe place to sleep much of the time. They go from lives of comfort, obsessed largely with high school kid problems, to living in terror all the time. Their old lives start to feel like a silly dream.

It's a story that feels incredibly timely in the age of Donald Trump, a wealthy wannabe who indulges in fascist behavior to shore up his personal power, who is only out for himself and is utterly indifferent to the sufferings he inflicts on the rest of the country. Even the theme of generational conflict feels relevant. The majority of people under 45 voted for Hillary Clinton, after all, and their parents betrayed them and their futures by voting for Trump.

“The original story is very much about the teen characters realizing that everything that they could count [on] and everything that they trusted and all the people that they thought were good were in fact behaving very selfishly and did not have the fate of the world in mind," Rowell told me in an interview last week. "They thought their parents were great parents, but really, their parents were plotting to destroy humanity."

The series premiere, screened in full to a crowd of about 1,000 eager Marvel fans at New York Comic Con, certainly felt like it could be the superhero show for the Resistance. The incredibly efficient pilot updates the already pretty progressive comic in a few significant ways. Molly is now Latina instead of white (and older, though that is likely more to avoid audience discomfort with having an 11-year-old be a runaway). Gert's feminism is more explicit. Both Chase's questioning of toxic masculinity and Karolina questioning her own sexual orientation are injected into the story a lot sooner than we get in the original comics.

The overriding theme of "Runaways," which the show looks set to bring forth from the comic, is how little guidance the kids have. They are adrift with few tools and no authorities to reach out to. There's no guidebook and no one is around to save them. They have to do this themselves, and they have no idea what they're doing. But even with that all hanging over their heads, they plunge ahead anyway, because the other option is to give up your moral center — and that's something the Runaways are unwilling to do.

It remains to be seen if the show, which premieres November 21 on Hulu, will become more explicit about the parallels between its fictional story and the very real horrors of Trump's America. But even if it's not, there's a lot of emotional resonance there for those of us on the other side. We, too, are adrift with no guidance and no greater power to save us. We have no idea if we're going to win and little idea of how. We're operating every day with the sick feeling that half our country has betrayed our deepest values. It's easy to want to give up, but it's critical that we do not.

The premiere we were shown at New York Comic Con had a lot of promise, and as long as the show follows the basic parameters of the original Vaughn-penned run of "Runaways," it's hard to imagine the showrunners will steer wrong. While only one issue of the new run of "Runaways" is out, Rowell's plan to reunite the original group of kids also shows promise. The story was always about how this particular group of kids, who don't have much in common besides their faith that fighting back is the right thing to do, finds that is enough to hang together. It's a message and a story that has a lot of power these days.