Peggy Orenstein on Roy Moore: "I hope this is a moment of reckoning" 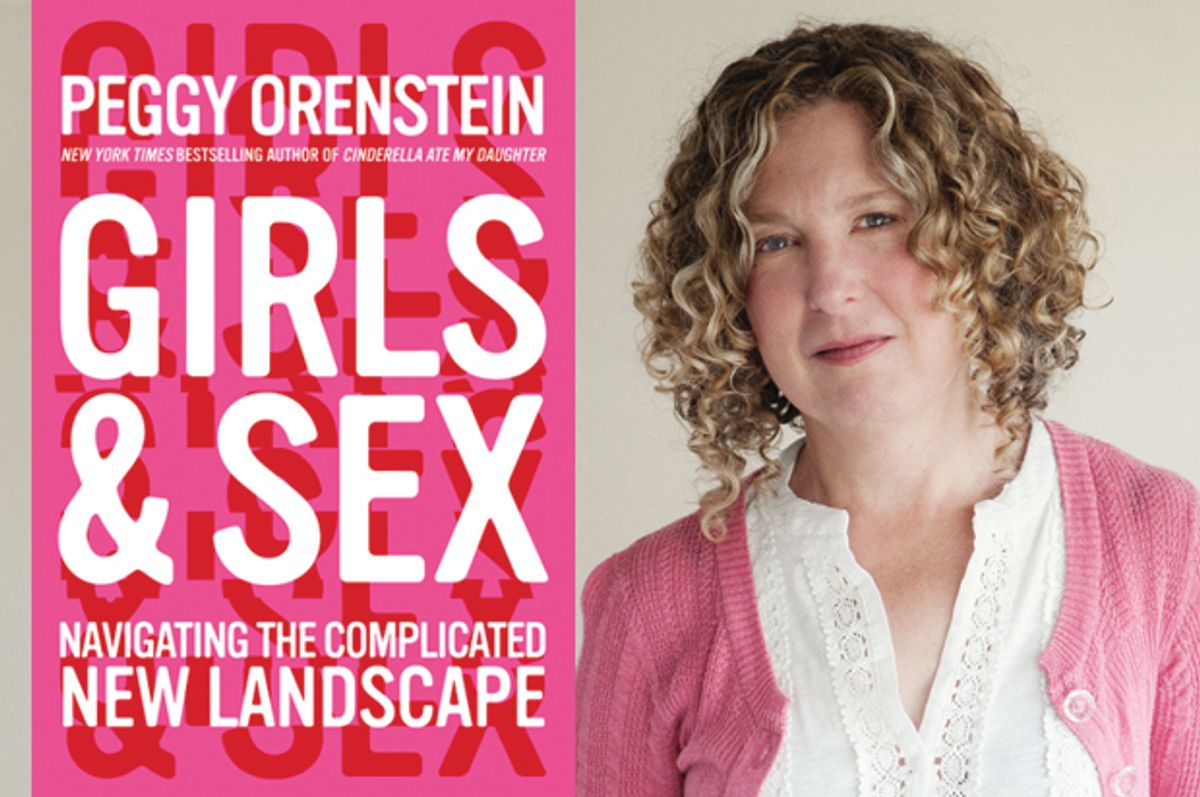 While the daily deluge of sexual harassment and abuse accusations — and often, admissions — surrounding powerful men has been nauseating for most of us, the past few weeks have been a special kind of stomach churning if you're a parent of teenagers.

"Can we please take that down?" my older daughter asked the other night at dinner. She was looking at a print on our wall. It's a typographical rending of the opening lines of "Manhattan," an ode to the island that's our home and also a quote from a film about a middle-aged man who's "dating" a girl my daughter's age.

The reminders are everywhere, reminders of how seemingly acceptable, for so long, it was for grown men to flaunt their "relationships" with underage teenagers. The compelling litany of accusations against Alabama's Republican Senate candidate Roy Moore — along with Kevin Spacey's recent downfall — have sparked a national conversation about power, abuse and exploitation. Some of it has been productive and healing. And some has been infuriating and repulsive.

On Thursday, my last good nerve blew out when I saw a tweet from a conservative female British pundit who bragged that "Not all girls are innocent at 14. I was pleasuring my boyfriend harder than a Russian gymnast working a pole." Even more sickeningly, it was followed by a (swiftly deleted) reply from a man who claimed to be an educator, asserting that "girls want/need older men."

I can almost handle the people who simply can't believe a man like Moore repeatedly sought out adolescents. The part where my head explodes is when someone insinuates that a 14-year-old is ever asking to be abused by an adult.

Healthy adolescence involves healthy sexuality. Teenagers are curious, exploring beings. They're not babies whose purity needs to be obsessed over — which is why the old "Hands off my daughter" routine is so infantilizing and offensive. But they are not adults either, and adults who solicit them for sex are called predators. It seems simple, and yet here we are, having debates over this stuff. It's extraordinarily depressing.

What helped me this week was remembering that Peggy Orenstein exists. Orenstein has been writing about girls for most of her career, including the best-selling "Cinderella Ate My Daughter." In 2016, she gave us the great "Girls and Sex," her frank and fascinating exploration of the current state of adolescent female sexuality — including the ways we prize girls' appearances but don't teach them to advocate for their own pleasure. So on Thursday, I called her at her home in California for a conversation about our cultural obsession with teens and sex, and when it becomes predatory.

I was thinking today of the difference between adolescent sexual exploration that we have to acknowledge is real and we have to make room for in the world, and exploitation by adults. I talked to former Manson girl Dianne Lake recently, and I give her credit for her ability to be in the mind of that 14-year-old who is sexual, who is enjoying her sexual explorations . . .

And who can still be exploited. That's what a predator does. They groom a child in ways that are enjoyable until the lines become blurred in the child's mind.

That's why we have laws about children. Don't have sex with children, period. We don't do it. It's not OK, ever. We don't believe a child that can legitimately make that kind of decision about themselves. And that's not to say a child that age isn't sexual or isn't entitled to sexual exploration, but not with somebody where the power dynamic is that extreme and exploitable.

It stuns me that any of these people who support [Roy Moore] — you shouldn't have to be the father of a daughter to have empathy — but if you are and you support that guy, I don't know how you can do that. Look at a 14-year-old. Can 14-year-olds look older? Can they look sexual? Yes they can. That's why adults are there to not react to that. It's like the dress code thing. It's not up to the child. It's not up to the girl to control the boy's or the adult man's reactions.

It seems like that's clear to me as a mother of teenage girls and as a former teenage girl. It blows my mind.

In interviewing boys, I've had boys who were molested by female teachers as well. They do not look at that any differently. They're really messed up by it.

The reaction from the culture is like, good for you. It doesn't feel that way to them at all. They feel exploited and abused and messed up.

And then you get to be preyed upon? It's such a false thing, because if you put it down to, if you are a sexual being as a 14-year-old then you somehow deserve to be preyed upon, or it's just going to happen, how do you explain preying upon 14-year-olds in places where girls are shrouded or not allowed to be sexual beings? It's irrelevant. It's a completely different thing. One is an act of violence. It's an attack. It's an assault. I think part of the problem is we keep thinking it's about sex. It's not about sex. It's about domination and aggression and conquest. That is not sex.

When girls act in a way that seems to invite sexual attention, that's a totally different thing than understanding who they are as sexual beings. It's part of trying to understand that, but if that's as far as they go and if that's what they get validated for and if that's where they start finding their worth, that's disastrous.

Reading the account in Vulture from the man who said he had a sexual, for want of a better word, relationship with Kevin Spacey when he was 14, it reads like classic grooming. It's what Dianne Lake talks about in "Member of the Family." It's, "I felt like I was a mature 14-year-old; I felt different from other 14-year-olds. I felt special because a man was paying attention to me."

And predators have radar for finding kids who think this is about drinking wine and being a grown-up. That's how they manipulate them.

We all know kids who act or read older than they are, but that doesn't mean they are older. Any non-predatory adult can see that and strive to protect that child, not to exploit that child's vulnerability. When I see girls who are presenting in a way that's older and are flirting with that edge, I don't think, "Oh boy, opportunity!" I think "Gosh, I hope somebody can help her find different ways to express that maturity." You don't think, "Let me at her!"

And yet I see actual headlines like "Millie Bobby Brown looks all grown up!"

There is a difference between growing up and into your body and your sexuality and who you are as a fully realized person, and this gross, icky, leering culture around teenagers' nascent sexuality. My stomach is turning watching this stuff.

I remember my dentist asking when I was going to be 18 so he could ask me out and my mom laughing about it. I was 12. And me just smiling and being a good girl and feeling like that's what you're supposed to do.

Oh, gross. I hope this is a moment of reckoning. I don't know. Will it be? Maybe. I see it with boys too. I've been surprised by a lot of the boys I've interviewed who have said they can't deal with this from other guys. I guess the difference is whether not dealing means you put your head down and ignore it, not dealing with it means you walk away, you quit the sports team, or you stop and say, "Knock it off right now." I don't know.

My hope is that even if institutionally it feels things are so bad, that culturally maybe things are changing, where more young men and women have agency. Now there's a public conversation that the things that have happened to you and me and almost everyone I know are not okay. So maybe when and if it happens to someone else, they don't have to second guess themselves. It's not your fault when someone does something to you. It's that [adult's] fault.

I hope as parents we can provide that, too. That we don't smile and laugh when the dentist says that to our daughter.