Before we move on to the good part of the holiday season, we must purge ourselves of that which has sucked 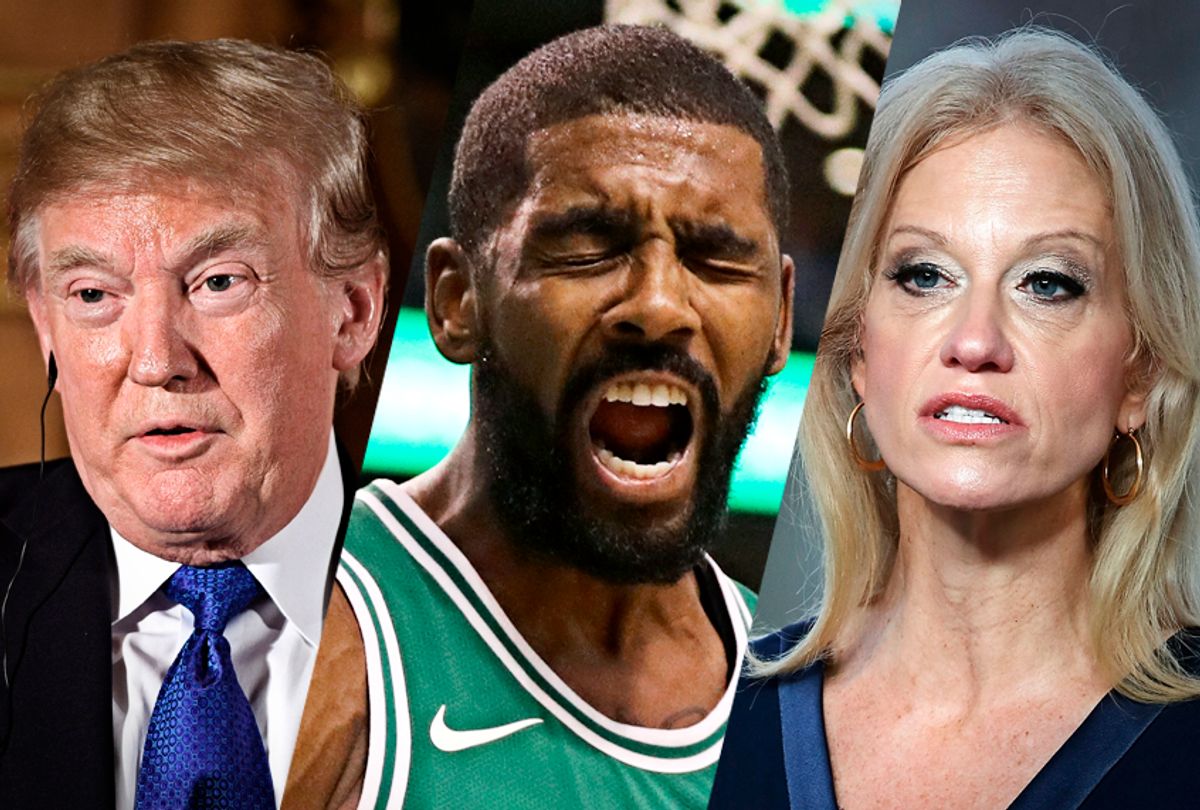 2017 hasn’t been a good year for anyone except Kevin Durant and Donald Trump — oh, and the Trump kids, too, plus Jared Kushner, and basically everyone who is a part of the ever-changing administration which must have the worst retention ratio in political history.

Honestly, I’d like ball this year up, dribble it straight down the lane and slam dunk it into the dumpster right next to all of Trump's campaign promises, Bernie's posters and Hillary Clinton's election strategy. Hopefully, I can find a way to end this year on a happy note. I’m starting by trying to approach the holiday season in the most positive way possible, but I can’t do it unless I acknowledge everything that currently sucks, so here's my 2017 list of things I can’t be thankful for.

Kanye West was once one of my favorite artists. His freshman album "College Dropout" changed hip hop and influenced some of the most popular acts today, like J. Cole and Kendrick Lamar. In 2017, we watched the 40-year-old rapper completely lose his soul as he dyed his hair blonde and happily went to greet President-elect Donald Trump. I’ll still wear his shoes, but I’m definitely not thankful for the new Kanye.

It kind of hurts watching iPhones make their way from amazing to irrelevant. And Apple is to blame, mainly because they release a new phone ever year and try to get us excited about the most mediocre upgrades in the world. “It’s .00000000000000007 pounds lighter, with a better camera!” Here’s an idea: maybe they should create a phone that can do something useful, like giving its customers free access to wifi globally, or at least give us a product that doesn’t freeze up halfway through watching a YouTube video.

I grew idolizing Michael Jordan. I tried to mimic his game, attacked the basket with my tongue out and even walked like the dude. So of course I owned all of his sneakers. Before his last retirement in 2003, his retro kicks from the '80s and '90s became popular again, and true fans like myself loved them. But now, I wouldn’t be caught dead in a pair. The price has doubled and sometimes tripled as they release a new trashy color ever week. Goodbye, Jordans.

I thought the Duke star turned Cavs leader was going to be the Pippen to LeBron’s Jordan. Their on-the-court chemistry was amazing when they beat Golden State, which had seemed impossible. The sky was the limit for that Cavs team­­­ until Kyrie broke it up by requesting a trade and going to Boston. Now both the Cavs and the Celtics look silly. So much for the NBA.

I’ll never be thankful for Kellyanne Conway — not only because she justified lying, or what she called "alternative facts," but mainly because she’s pointless. She shouldn’t be on my television or floating across my timeline ever.

Now that these things are out of my system, I’m confident that I will have a peaceful, joyous holiday­­. The good folks of Salon are wishing you the same.