Grab your guns, because those "tyrants" at the CFPB are killing America 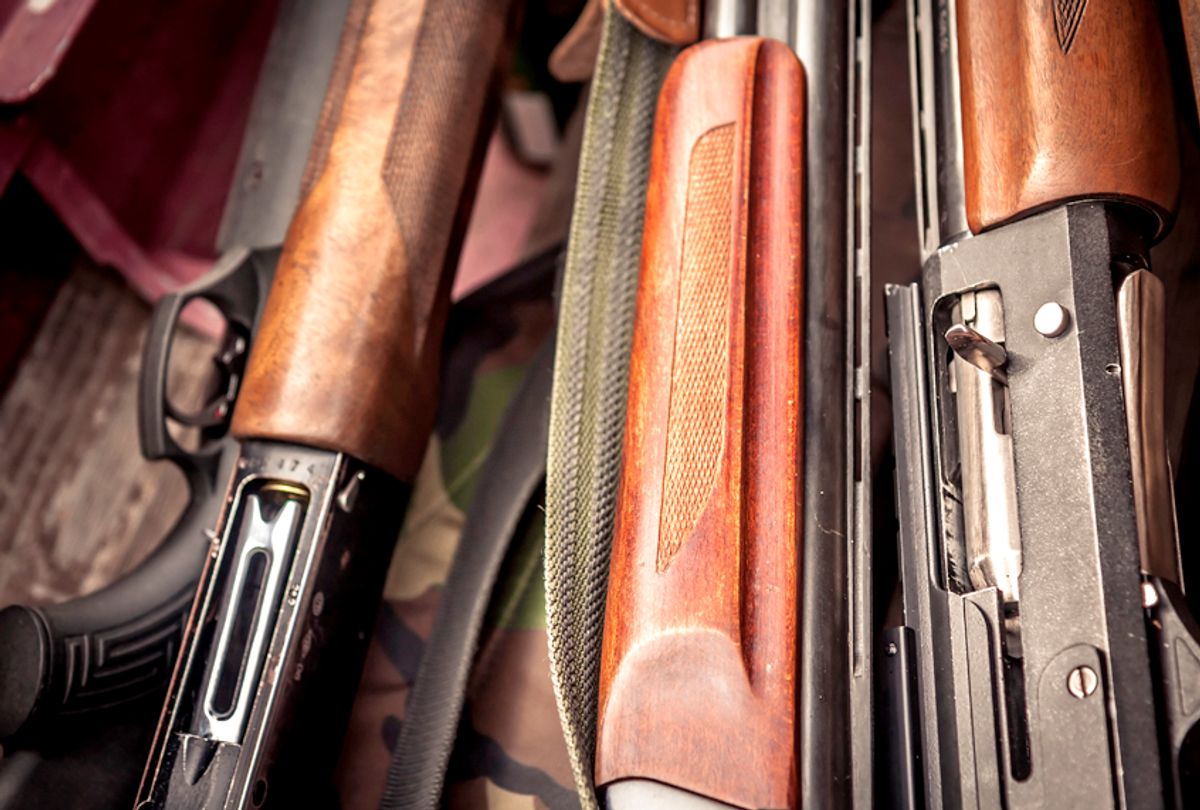 A guest on a recent NRATV broadcast implied that the Second Amendment, an element of the United States Constitution made law in 1791, exists so that conservatives can "have the firepower and the manpower" to stop liberal bureaucrats.

In a conversation, pro-gun advocate Jenn Jacques complained along with host Grant Stinchfield that the Consumer Finance Protection Bureau has too much power and that its members were too likely too liberal.

"I believe that our government is so bloated that we just need to have a kind of a beheading if you will, of all of these fat-cat, liberal-bloated government agencies," Jaques said. "There is no reason for the [Consumer Finance Protection Bureau] to even exist except to fund Democratic campaigns." According to Jacques, the CFPB is "basically a Democratic Party donor bank funding payroll."

"Who goes into government work?," Stinchfield added in agreement. "It’s liberals who love big government that get paid fat-cat salaries. There is a reason why the counties in Virginia are the most wealthy in the nation. It’s because government work is there."

Stinchfield later paraphrased the new temporary director of CFPB, Mick Mulvaney, as saying "if you knew the powers that I have, that’s a quote from him, you would be shocked at what he could do to business out there, to people out there."

You may be wondering how exactly this figures into guns, the NRA's raison d'etre. Well hold on.

Jacques responded, saying that bureaucrats "really do have a stranglehold on us as citizens and again this is why the Second Amendment is so important. I mean we the people have to have the firepower and the manpower to be able to stand up to tyrants in the government just like this."

"Yup, you better believe we do," said Stinchfield.

This is at least the second time this year that the NRA has vilified liberals as a way of promoting its belief that citizens need to be armed to take down a tyrannical government. In June, conservative commentator Dana Loesch starred in a spot where she implied that the NRA was necessary to stop liberals who "march" and "protest." The NRA has also been accused of using white supremacist talking points to promote themselves.

Although the NRA became aggressively conservative starting in the 1960s, eventually producing this sort of conspiratorial, inciting language, it was originally founded in the 19th century as more of a sportsman's club for hunters and other kinds of recreational shooters. That must have been nice.