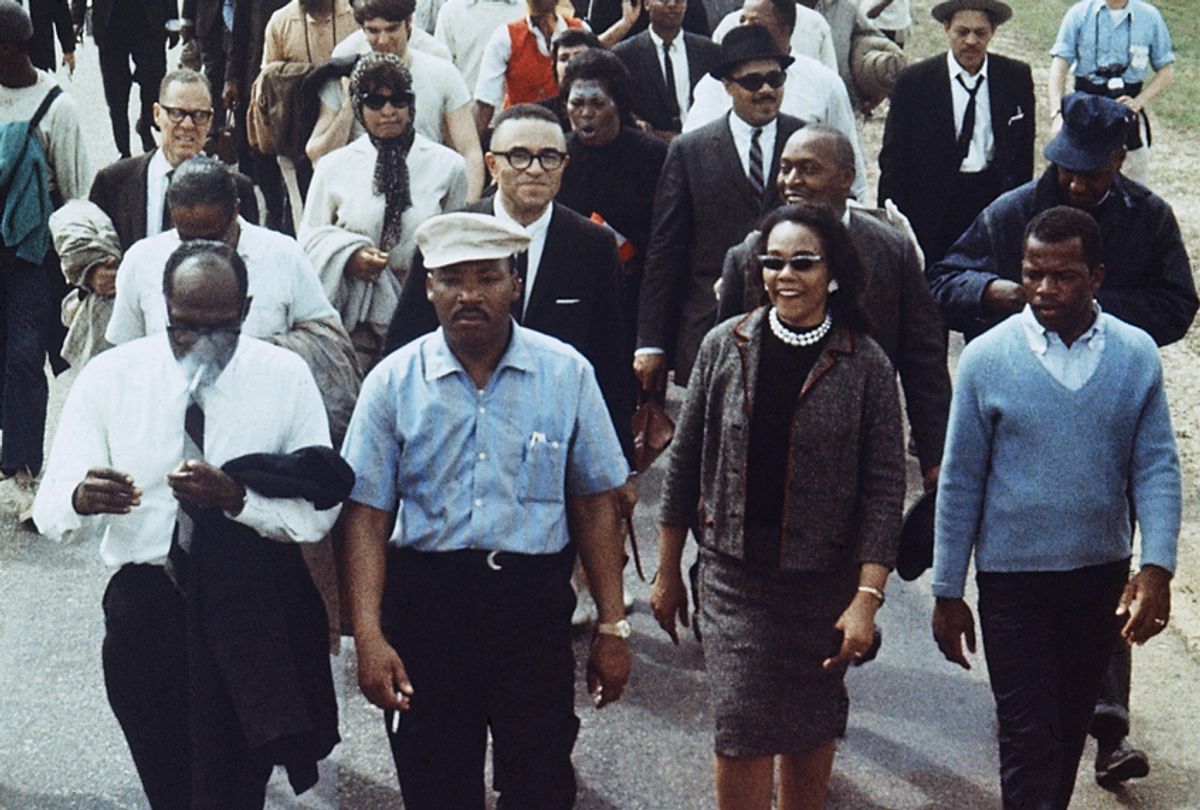 President Donald Trump’s attendance at the opening of the Mississippi Civil Rights Museum has understandably resulted in an outcry from would-be attendees — some of whom have backed out of appearing at the opening in protest against presidential policies that they believe undermine the ongoing struggle for civil rights. In a joint statement, Democratic Reps. John Lewis of Georgia and Bennie G. Thompson of Mississippi said:

“President Trump’s attendance and his hurtful policies are an insult to the people portrayed in this civil rights museum. The struggles represented in this museum exemplify the truth of what really happened in Mississippi. President Trump’s disparaging comments about women, the disabled, immigrants, and National Football League players disrespect the efforts of Fannie Lou Hamer, Aaron Henry, Medgar Evers, Robert Clark, James Chaney, Andrew Goodman, Michael Schwerner, and countless others who have given their all for Mississippi to be a better place. After President Trump departs, we encourage all Mississippians and Americans to visit this historic civil rights museum.”

The White House responded, calling their protest “unfortunate” in a statement issued by Sarah Huckabee Sanders. “We think it’s unfortunate that these members of Congress wouldn’t join the President in honoring the incredible sacrifice civil rights leaders made to right the injustices in our history. The President hopes others will join him in recognizing that the movement was about removing barriers and unifying Americans of all backgrounds,” Sanders said in a press pool report.

Read that again. Sanders was upset that "these members of Congress" weren't going to honor the "incredible sacrifice" of "civil rights leaders." Does she know that one of "these members of Congress" was one of her aforementioned "civil rights leaders?" Rep. John Lewis is — along with Martin Luther King Jr., James Farmer, Whitney Young, Roy Wilkins and A. Philip Randolph — one of the momentous "Big Six" civil rights leaders who organized the 1963 March on Washington for Jobs and Freedom, considered a pivotal moment in the civil rights movement. As the chairman of the Student Nonviolent Coordinating Committee (SNCC), Lewis organized sit-ins in the 1960s to protest segregation. He was also one of the Freedom Riders, a group of of black and white civil rights activists who rode on segregated buses through the South to challenge Jim Crow laws. Many were beaten, attacked by mobs, or sent to prison.

This isn't a good look for Sarah Huckabee Sanders, nor the Trump administration. Though Huckabee Sanders seems to revel in issuing Orwellian, hypocritical statements that belie basic facts or history.

Likewise, there have been numerous instances where Trump has made public statements that were either openly racist or used white nationalist dog whistles. Moreover, it’s no secret that the president is disinterested in social justice (the travel ban and the wall are just a couple of examples).

Rather than supporting a civil rights leader's right to protest, Sanders condemned him. Thus, an event that was meant to be celebration of civil rights gains has turned into another episode of the Trump Show.