Obama is tweeting out the best "good news" stories of 2017, because he knows what we need right now 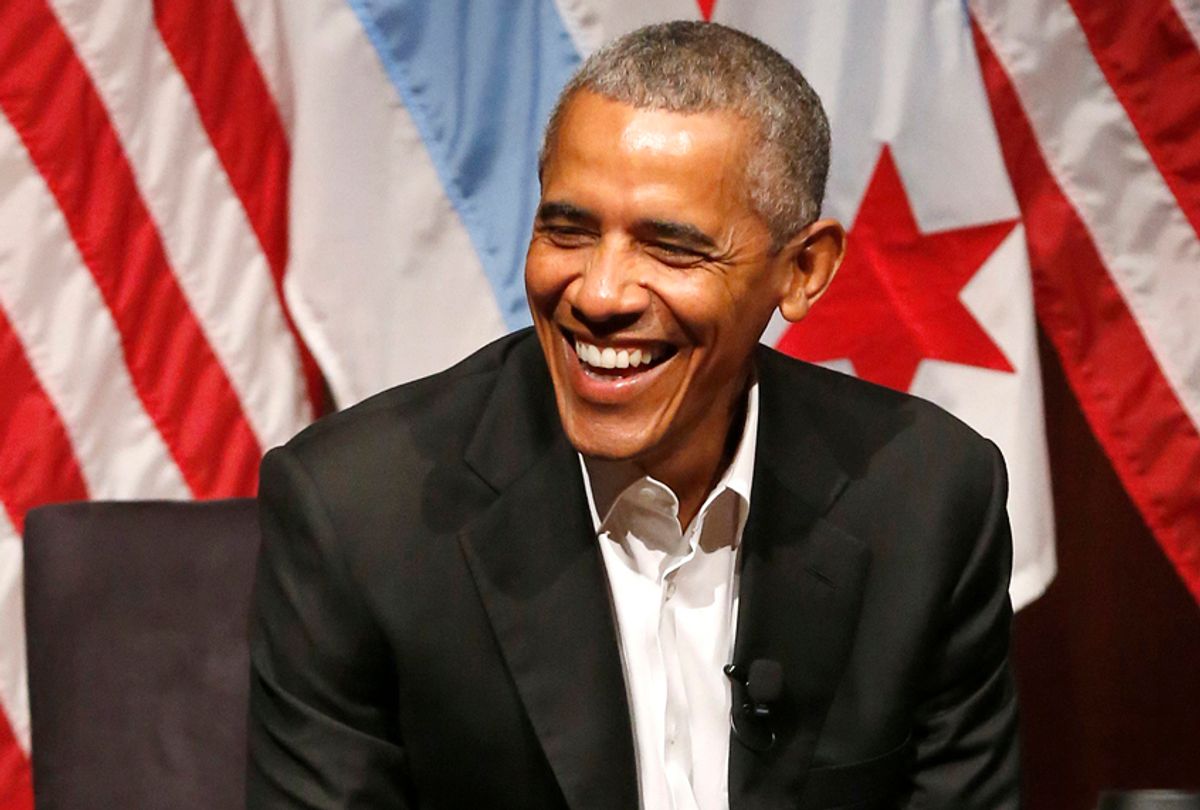 To say 2017 has been a rough year would be the height of understatement.

Hurricanes have destroyed entire countries. A certain supreme leader has threatened the U.S. with nuclear war and our president seems more than game to join in on the fun. Nazism is back in full swing, Tom Petty is dead, our president is looking to undo all of the progress that has been made in the past 60 years and the GOP adopted a hard anti-duckling position. Really, that's all just the tip of an iceberg made out of irradiated garbage and Blake Shelton CDs.

But 2017 wasn't all bad. In fact, former President Barack Obama is here to remind us all that some good did happen in the last 12 months.

Obama took to Twitter on Friday morning to send out his list of the best good-news stories of year, highlighting three individuals who used their power and influence to help transform the world around them.

"As we count down to the new year, we get to reflect and prepare for what’s ahead,” Obama tweeted. "For all the bad news that seemed to dominate our collective consciousness, there are countless stories from this year that remind us what's best about America."

Obama first highlighted Kat Creech, a Houston wedding planner who transformed a small, canceled wedding party into a Hurricane-relief drive that, to her surprise, amassed hundreds of volunteers. Creech put her planning skills to good use and eventually founded Recovery Houston, which has since grown to over 4,200 volunteers and helped to repair over 250 homes in the greater Houston area.

Obama then moved on to Chris Long, defensive end for the NFL’s Philadelphia Eagles. Long began donating his game checks in order to fund scholarships for children in his hometown of Charlottesville, Virginia in response to that city's August riots in which white supremacists marched in the streets and one extremist killed Heather Heyer.

Though Long first intended to only donate the check from his first six games, he eventually pledged to give up his entire 2017 salary in order to further advance equal educational opportunities across Philadelphia, St. Louis and New England. Inspired by his generosity, Long’s fans and fellow teammates began matching his donations.

"I've been lucky. I’ve made a lot of money for playing a game. I've been humbled by the opportunity to just be able to continue to play football for a living," Long said. "While it's not an Earth-shattering amount of money, it's more about for me doing what I love for something that's important to me, than it is the actual number."

Finally, Obama looked to Jahkil Jackson, a 10-year-old from Chicago dedicated to helping the homeless. Jackson and his family keep "blessing bags" comprised of socks, toiletries and snacks in the back of their car. When they see someone who is homeless on the street, "I yell, 'Pull over! We have to give them a bag!'" Jackson says.

With the help of family, friends and his Chicago-classmates, Jackson has so far distributed 5,000 bags, helped to start a non-profit to aid in distribution, Project I Am, and won the 2017 Gloria Barron Prize for Young Heroes. Jackson has donated the $5,000 that came with the prize to his organization.

"I want to make sure people in need aren’t just unknown,” Jackson told the Chicago Tribune. "I always say, 'Don’t wait until you are an adult to be great. You can be great now!'"

January 20th, 2017 could have easily been a well-deserved start to Obama's permanent vacation, but with his dedication to making the world a better place and inspiring us to be the change we want to see, it's no wonder Obama edged out our current commander-in-chief to be named America's most admired man.

While it’s easy to focus on all of the negativity that has dominated this news cycle, Obama hopes these stories will inspire people across America. "Each of us can make a difference, and all of us ought to try," he wrote. "So go keep changing the world in 2018."