The actor focused on Trump's wife and daughter — but was she right to? 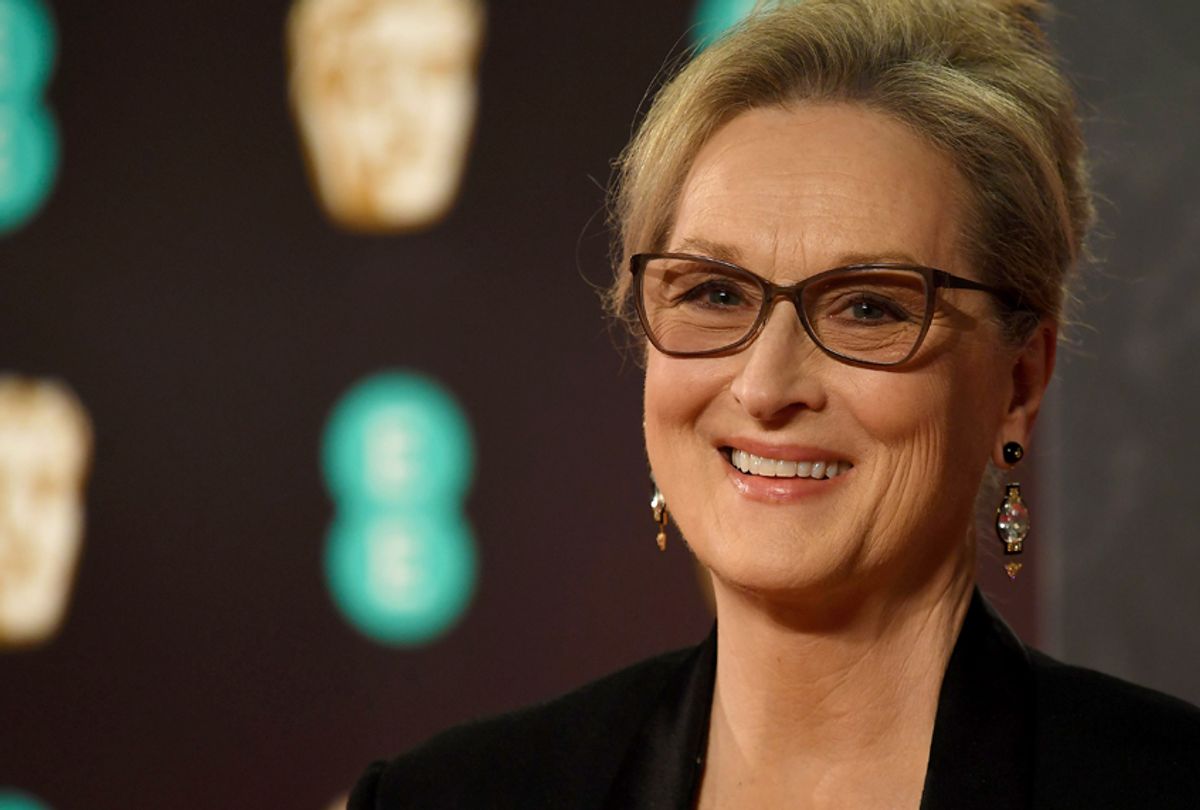 In an interview in the New York Times today, actors Meryl Streep and Tom Hanks, who star in Steven Spielberg's "The Post," discussed President Donald Trump and an era of alternative facts, complicity around #MeToo in Hollywood and the unexpected trials of being a vocal and visible celebrity. Streep, specifically questioned Melania and Ivanka Trump's silence in the ongoing national conversation about sexual harassment and assault in the workplace.

"The Post" follows The Washington Post's decision to publish the controversial Pentagon Papers in 1971, papers which revealed decades of misinformation coming from various administrations about the Vietnam War. Hanks told the Times, "We made this movie about 1971, but it really is about 2017."

The assault on the First Amendment under the Nixon administration was old school, a D-Day version of 'Let’s stop this story because it’s national security and they’re traitors if they print it. Because if they dare print it, they’ll find out that we lied. And if they know that we’re lying, we can’t do our jobs.' What’s happening now is this guerrilla war that is going on against the First Amendment. This idea now that has actually been verbalized by various people high up in the current administration, that there is such a thing as [an] 'alternative fact.' It gives validation to what is patently false, that the purveyors know is a lie, and worse, know that it is completely unconfirmed and is scurrilous. And in that realm comes some degree of the same message: 'Don’t let them find out the truth, because if so we can’t stay in power.' All of this stuff that was going on was not lost on any of us.

While Hanks' candidness on Trump was poignant, Streep focused on the inequity of power and respect between Post editor Ben Bradlee and publisher Katherine Graham, who ultimately made the decision to publish the Pentagon Papers after the Nixon administration blocked the New York Times from doing so. "Katharine Graham was someone who was a product of her time. It was the whole culture that undermined all women," Streep said, noting that in "All President's Men," Graham's role in the same narrative was totally erased.

When the conversation moved to Harvey Weinstein and what was perceived as Streep's silence in response to revelations about his alleged pattern of sexual abuse, she retorted, "I don’t have a Twitter thing or – handle, whatever. And I don’t have Facebook. I really had to think. Because it really underlined my own sense of cluelessness, and also how evil, deeply evil, and duplicitous, a person he was, yet such a champion of really great work." She added, "Some of my favorite people have been brought down by this, and he’s not one of them."

Streep also discussed Dustin Hoffman and the filming "Kramer vs. Kramer" when during which the currently embattled actor slapped her. "This was my first movie, and it was my first take in my first movie, and he just slapped me. And you see it in the movie. It was overstepping," she told the Times. "But I think those things are being corrected in this moment. And they’re not politically corrected; they’re fixed. They will be fixed, because people won’t accept it anymore. So that’s a good thing."

Streep said that she has experienced abuse from people in Hollywood when she was "young and pretty," but declined to go into detail because "I don’t want to ruin somebody’s mature life. I just don’t," she said, emphasizing that there has to be forgiveness.

Rose McGowan called out Streep on Twitter last month for what called the actor's hypocrisy after news spread that she would join the Golden Globes protests and wear all black to the ceremonies. "Actresses, like Meryl Streep, who happily worked for The Pig Monster, are wearing black @GoldenGlobes in a silent protest. YOUR SILENCE is THE problem. You’ll accept a fake award breathlessly & affect no real change. I despise your hypocrisy," McGowan tweeted, and then deleted the post. Also, when Streep first responded to the allegations against Weinstein, McGowan accused her of not condemning him hard enough.

McGowan has since stepped back her comments, but the noise created by them was sufficient to inspire a pro-Trump street artist to create a series of posters with images of Streep's face pasted over with the words "she knew." That artist has since said that he has no knowledge that Streep indeed knew about Weinstein's behavior and, in fact, doesn't care whether she did one way or another.

What's endlessly frustrating about this conversation is the volleying of accountability between women, and women only. McGowan wants Streep to speak up. Streep wants Ivanka and Melania to comment. But what about the men? Monday, 300 women in entertainment backed a campaign to end sexual harassment in the workplace, and largely, men are still silent, still complicit in the system they created. Perhaps in Streep's next interview, she'll call on the president instead of his daughter or his wife to weigh in.