It's not the racists — no, no, no — it's liberal websites that are responsible for racism 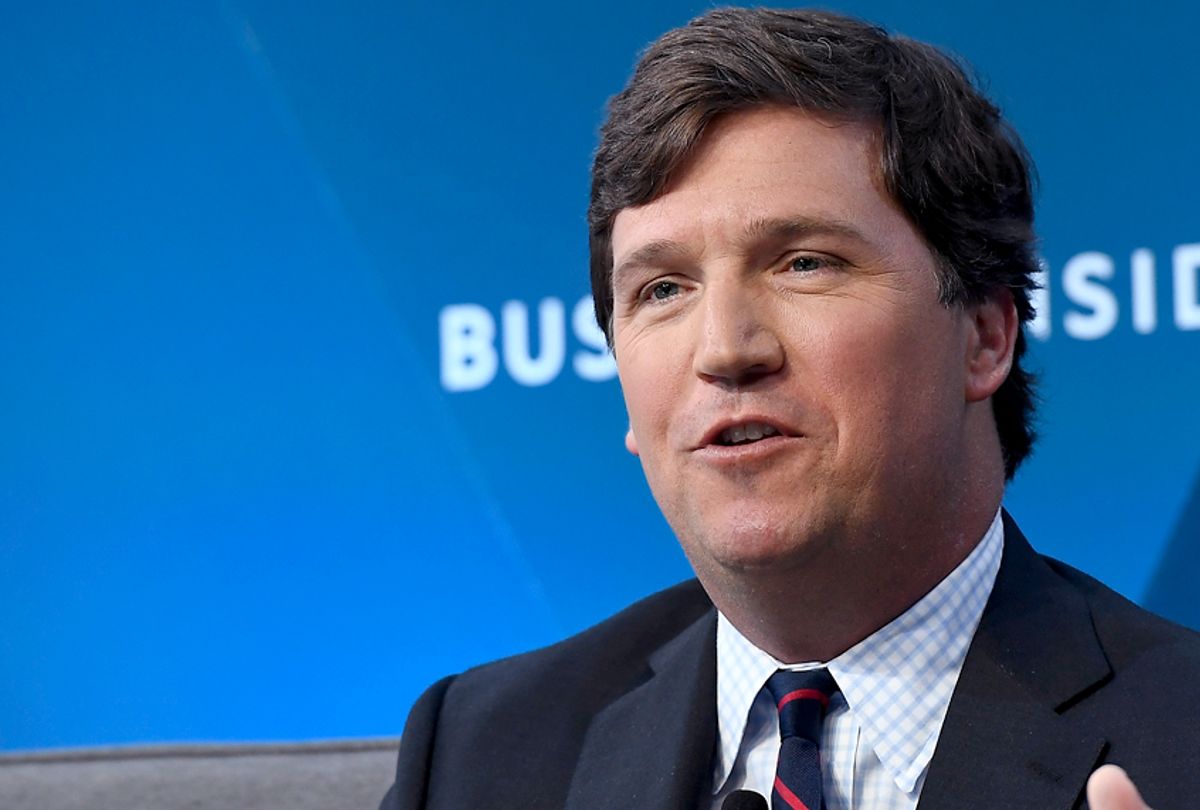 In a rather galactic stretch of the imagination, Fox News host Tucker Carlson told his viewers Wednesday night that it is not right-wing media or, you know, good-old fashioned racism that's help fueling white nationalism, but what he views as anti-white propaganda disseminated by progressive, pro-inclusion websites such as Buzzfeed and The Root.

"Liberals say they abhor white nationalism, and they should," said Carlson. "But at the same time, they are promoting it with crap like this," he said, referencing articles from BuzzFeed and The Root.

Addressing his audience in a way that suggests he believes all of them are white (which may indeed be the truth), the host continued, "Now some smug private-school kid from Brooklyn is lecturing you about how you are the problem, because the color of your skin, and the privilege it conveys. How much of that are you going to take before you explode at the unfairness of it all?"

Such explosions in response to reading BuzzFeed articles were, he reasoned, why Americans become radicalized white supremacists. "And at that point," he said, "why wouldn't you embrace a racial identity?"

Somewhat ironically, he continued, pleading for justice. "Everybody else seems to be doing it. That's a disaster, and it's not theoretical, by the way," he said. "That's what's going to happen in this country, unless people start deciding they're going to treat one another as individuals, rather than as members of groups." Basically, if The Root doesn't stop pointing out the ways in which white people discriminate against black people, it could lead to an angry, bifurcated society in which Americans fight against each other. You see how that works?

Offering an even deeper irony were Carlson's words at the top of the segment. "There's a basic moral principle that was, for a long time, conventional wisdom in this country, you probably grew up with it," he said. "It was this: people deserve to be treated as individuals, judged by their own efforts and abilities on the things they can control. Attacking people on the basis of their race is wrong — that was the standard and, for a long time, people believed it."

He continued, saying that "on the left, it is now acceptable, even encouraged, to attack and discriminate against people solely on the basis of their skin color."

Dressing his message up in the words and notions of the civil rights movement, Carlson was not — not — defending minorities or any actual groups that suffer from systematic oppression here. Instead, his concern was with how some websites were monolithing white people, blaming the whole of the ethnic group for the actions of a guilty few. That, he said, was what created white nationalism.

On Fox News, and elsewhere in right-wing media, we have seen hosts — Carlson included — attacking and discriminating against people, as he said, solely on the basis of their skin color. Moreover, comparing what The Root writes to, say, systematic racist efforts such as voter suppression, stop-and-frisk or others, is facile and hollow. White people simply aren't an at-risk class in this country. If someone on some liberal website gets a bit testy with them and rolls a bit hard while demanding they do better, they will not be swallowed up by the earth.

As writer Michael Harriot said in a response to Carlson in a piece published on The Root, "The Root has never sent Fox News viewers’ children to underfunded white schools. The Root doesn’t subject Tucker Carlson’s fans to longer prison sentences because they are white. The Root has never issued a travel ban against mediocre white boys or tried to deport the Caucasians who come to our country and take our jobs."

But Carlson didn't just target BuzzFeed and The Root here, but Toyota as well, singling it out for advertising on The Root — much like Sean Hannity attacked Keurig for choosing not to advertise on his show. Already, some on Twitter seem to be treating the car company in much the same way Hannity viewers treated Keurig.

Salon has been reporting again and again about how Carlson and his website, The Daily Caller, were edging ever more towards a distinct brand of dishonest white nationalism. Last night, he seemingly announced his intentions out loud.