Jesse Watters absolutely settled it. There's no way whatsoever that the incident could have happened 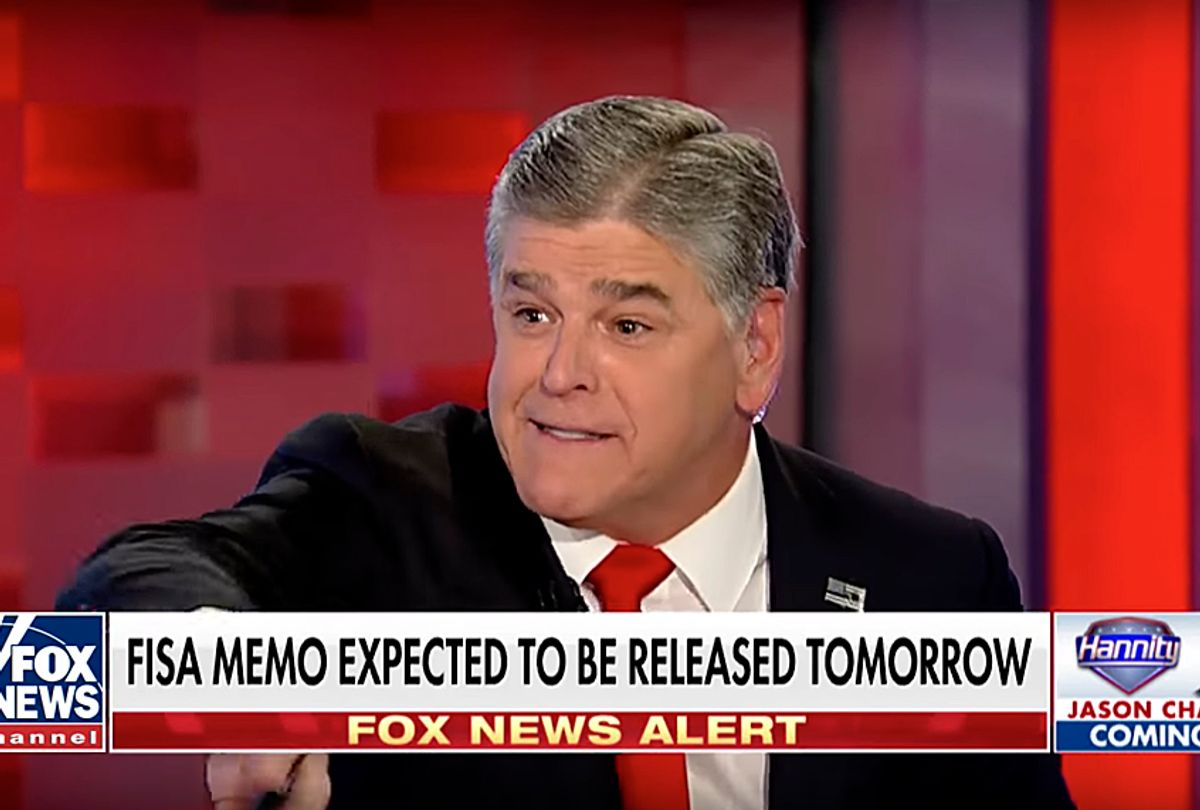 There's a section of the Russia investigation that gets, perhaps less attention than some people would like to see: The dossier written by former British spy Christopher Steele and it explosive and tawdry claim that Donald Trump may have paid prostitutes to urinate on Moscow hotel bed once slept in by President Barack Obama.

Hannity, Jesse Watters and Jessica Tarlov were debating the release of the Nunes memo — a Republican-drafted document currently serving as a distraction from the investigation that could, in theory, give the president an opening to replace FBI leadership with pro-Trump loyalists. There's also concern Trump could use it as an excuse to fire special counsel Robert Mueller and effectively kill the investigation into him, his campaign and any associated obstruction of justice charges. This would, again in theory,  lead to a massive constitutional crisis we likely haven't seen since Nixon.

But that debate ended when Hannity broke the seal on the mythical pee tape, unleashing a stream of consciousness on the subject that was quite frankly, irreversible.

"Let’s say Donald Trump produces a memo that says Hillary Clinton had hookers in her room in a Ritz hotel in Moscow urinating on her bed," he said. "Now, if that was in there and it was not true, and then it ends up being the basis in part for a FISA warrant against her used by Trump, you’d be pretty pissed off and the media would be apoplectic tonight. True or false?”

Watters, the man who mortified viewers when he went to Chinatown and made fun of Asian culture, poured out a golden defense of Trump.

"And you know it's not true because if someone pees in the bed, where are you going to sleep?”

Airtight! Well, that settles it.