Are the Academy Awards ready for #MeToo?

Hollywood's biggest night grapples with accusations against its own 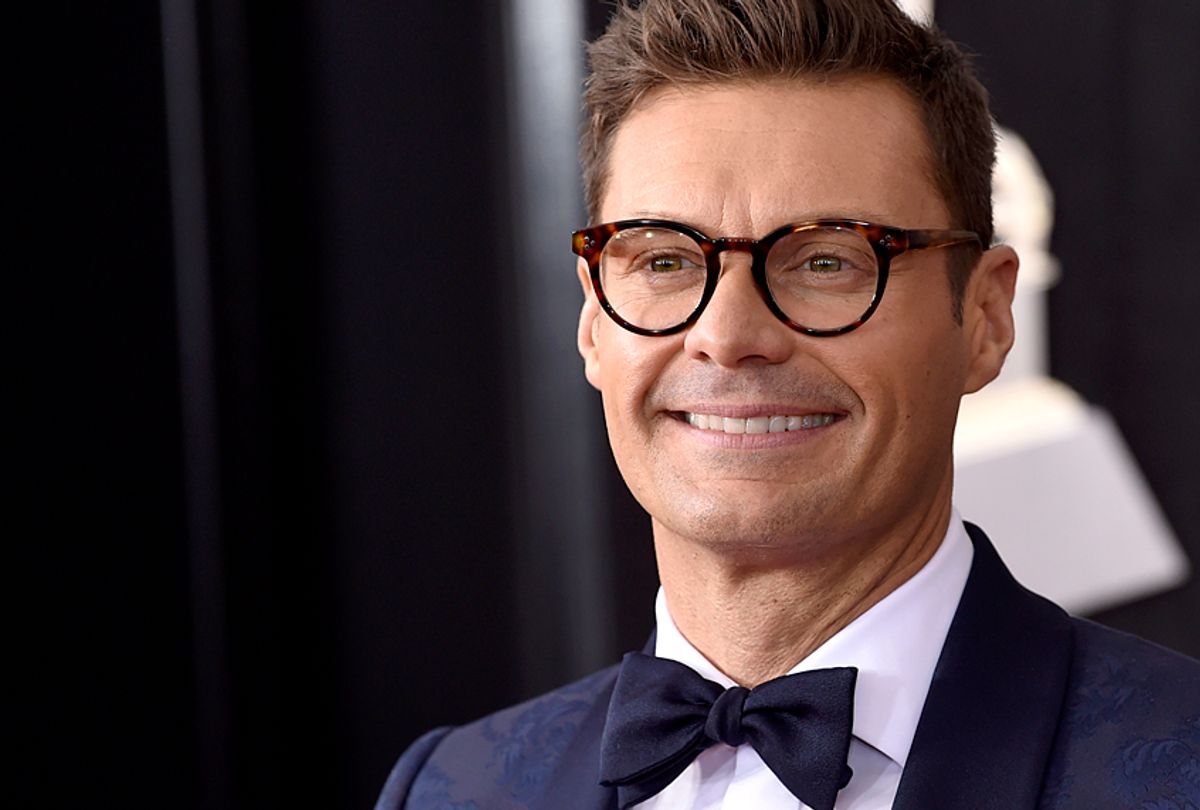 The most conspicuous, speculated-over person at Sunday's Academy Awards will likely be the person who's never been nominated for an Oscar. And Ryan Seacrest is just the start of it.

One year ago, legions of women across the world saw themselves in Brie Larson. They watched as, right near the end of the 89th annual Academy Awards, an accomplished, hard-working woman had to stand up and give an accolade — and a perfunctory hug — to a man of dubious reputation. Actor Casey Affleck, as everyone that Oscar night knew, had been named in two sexual harassment lawsuits. He had been accused of inappropriate behavior ranging from boasting on set of his sexual exploits to climbing into a female colleague's bed while she was sleeping. As Larson later put it, her grim demeanor as she handed him the award for best actor — and her quiet refusal to applaud — "spoke for itself." But now, as we approach another Oscar night, what a difference 12 months makes.

We've come a very long way from child rapist Roman Polanski's victory for "The Pianist" earning a standing ovation from an Academy Awards crowd that included Harvey Weinstein back in 2003. Yet the Oscars have always been about rich, out of touch people celebrating their own, no matter how wildly, offensively out of touch their behavior may be. The rest of the world may move, however haltingly, forward; Oscar keeps lavishing prizes on guys like Woody Allen. In 2014, Cate Blanchett won Best Actress for "Blue Jasmine," just one month after Allen's daughter came forward with her version of longstanding accusations that he had molested her as a child. For decades, the Academy similarly showered its love on films touched by Harvey Weinstein — including his wins for "Shakespeare in Love" and "Gangs of New York" — all while his predatory behind-the-scenes behavior was an apparent open secret.

And then there's Seacrest. Even with supporters like Kelly Ripa rallying behind him, the red carpet mainstay has lately faced escalating accusations of misconduct. Days ago, allegations emerged from Seacrest's former stylist of him "grinding his erect penis against her while clad only in his underwear, groping her vagina and at one point slapping her buttock so hard that it left a large welt still visible hours later." On Wednesday, a former coworker of the woman backed up her version of events, saying he had witnessed some of the behavior. So now, what are the celebrities who usually smile cheerfully and banter with him to do on Sunday night? An anonymous publicist told CNN Wednesday, "I don't think [Seacrest is] going to have a great time on the carpet." Oscar winner Jennifer Lawrence said she is "not sure" if she will stop to chat with him this time around.

The January Golden Globes were a relatively straightforward opportunity for the #MeToo and #TimesUp movements (with the notable exceptions of James Franco and Kirk Douglas) to amplify and celebrate the cause of progress. But the Globes have always prided themselves on being a more outside-the-industry event. The Oscars, meanwhile, are all about Hollywood patting itself on the back, no matter how dirty that back may be.

This year, however, things might truly be a little different. Allen's "Wonder Wheel" and star Kate Winslet were not nominated. Casey Affleck, who, per tradition, would normally present this year's award for Best Actress, has announced he is sitting the ceremony out. And Harvey Weinstein was expelled from the Academy in October, shortly after that dam-bursting New York Times story — the one that began with an anecdote of Ashley Judd asking herself, "How do I get out of the room as fast as possible without alienating Harvey Weinstein?" On Sunday evening, Weinstein will not be in attendance, but Judd will, as a presenter. It has taken decades, but the room — and the carpet that leads to it — are changing. And maybe, finally, it is not the women who feel like they need to leave it.