A Lehigh grad student, who happens to write for this fine publication, interviews his professors on their reasoning 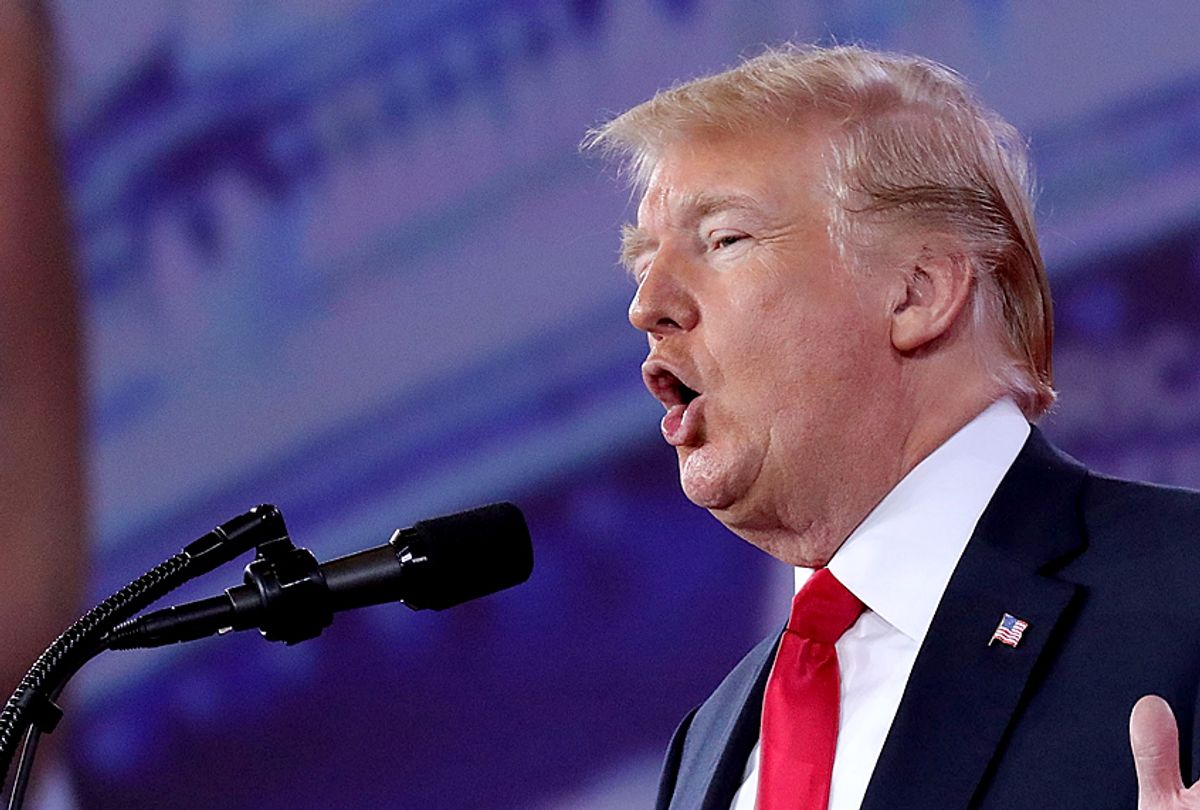 I'll say it right at the top: I'm a Lehigh University graduate student. When I started my doctoral coursework here in 2012, Donald Trump was barely a blip on my radar. He was a bloviating reality TV star whose half-hearted political ambitions had been cruelly – but deservedly – doused by former President Barack Obama and Seth Meyers at the White House Correspondents' Dinner less than a year earlier.

Now Trump is president, which means that pesky little detail I ignored when I first started my studies here — the fact that Lehigh bestowed an honorary doctorate on Trump in 1988 — is far more troubling.

And I'm not alone; many of the faculty at this college clearly feel the same way. They recently voted by a margin of 296 to 50 to revoke the president's honorary degree, according to The Morning Call. Despite the overwhelming support for the faculty motion, however, on Friday the university's board of trustees decided not to act on it, arguing that they wanted to demonstrate "openness to and respect for the broad views and perspectives of our many university constituencies."

When I spoke with Lehigh University professors prior to the board's announcement, I was given a very strong sense of the deeply-held ethical principles behind their signing of the petition and, more importantly, why the trustees' belief that this is about politics is fundamentally misguided.

"The motion is narrowly focused on President Trump’s statements – it’s not based on politics or policies," Anne Meltzer, a professor and Trembley chair of Earth and Environmental Sciences, told Salon. "People can disagree about politics and policy, but numerous explicit statements made by Donald Trump are sexist, racist, Islamophobic and more."

Meltzer's views were echoed by Ziad Munson, an associate professor of sociology, who had been very passionate about this issue from the beginning.

Munson wasn't alone in drawing the comparison between Trump and Cosby, whose honorary doctorate was rescinded in 2015, according to The Morning Call.

"By calling for Lehigh to revoke Trump's honorary degree, as was previously done with Bill Cosby, faculty are asking the Board of Trustees and senior leadership to practice what they preach," Rob Rozehnal, an associate professor of religion studies and the founding director of the Center for Global Islamic Studies, told Salon. "But, far more importantly, we are reminding current and future Lehigh students about what this university stands for: free speech, intellectual inquiry and rigorous academic scholarship, all rooted in civil debate and mutual respect. We reject bullying, discrimination and hate speech in any form, always and everywhere, without exception."

Another faculty member who was proactive in trying to revoke Trump's degree — Peter Zeitler, a professor of earth and environmental sciences — also made it clear that the president's hateful rhetoric was the problem.

"Anyone can misspeak once or twice, or lapse into speech that’s unpleasant, but people then usually apologize instead of aggressively persisting," Zeitler told Salon. "Donald Trump has shown clear disregard and disrespect for whole categories of people and for dissent and discourse, and that is not just terrible leadership, it's wrong. It’s a record that would lead any leader in a serious business or institution to be chastened or asked to step down."

Regardless of the facts regarding why this petition was circulated — namely, that while many of the professors no doubt disagree with Trump's political views, the underlying problem has been his unbecoming use of hateful and bullying language — it's clear that the board of trustees are concerned about angering pro-Trump members of the community.

So was there any point to this?

I would argue that, while Lehigh faculty members may have lost the immediate battle, they achieved something far more significant. When future historians look back on this period in our history, they will see a president who pushed American politics to the far right, who had been compromised by a hostile foreign power, who exacerbated hatreds against African-Americans, Hispanics, Jews, Muslims and women. Those historians will note that, although this president lost the popular vote and has record low approval ratings, many of his fellow Americans became convinced that his way was the wave of the future (or were at least afraid that was the case) and decided it would be easier to normalize Trumpism than to stand up to it.

Yet every single professor who signed the petition to revoke Trump's degree — a petition that specifically cited Trump's statements about Mexicans and Muslims, after Charlottesville and regarding so-called "shithole/house countries" — has made it clear that they will not stand by and act like his behavior is acceptable. Even though they have made it clear they would not support revoking an honorary degree simply because someone happens to be a conservative, they insist that Trump's case is about something much more important than partisan politics.

Future historians will appreciate that and honor them for it. And part of the reason I feel qualified to say this is because of the education I've received as a doctoral student in history at Lehigh University.