Here's your leftover turkey: The case for Hillary Clinton 2020

What better way to honor the holiday than with a spiteful argument for yet another Clinton candidacy? 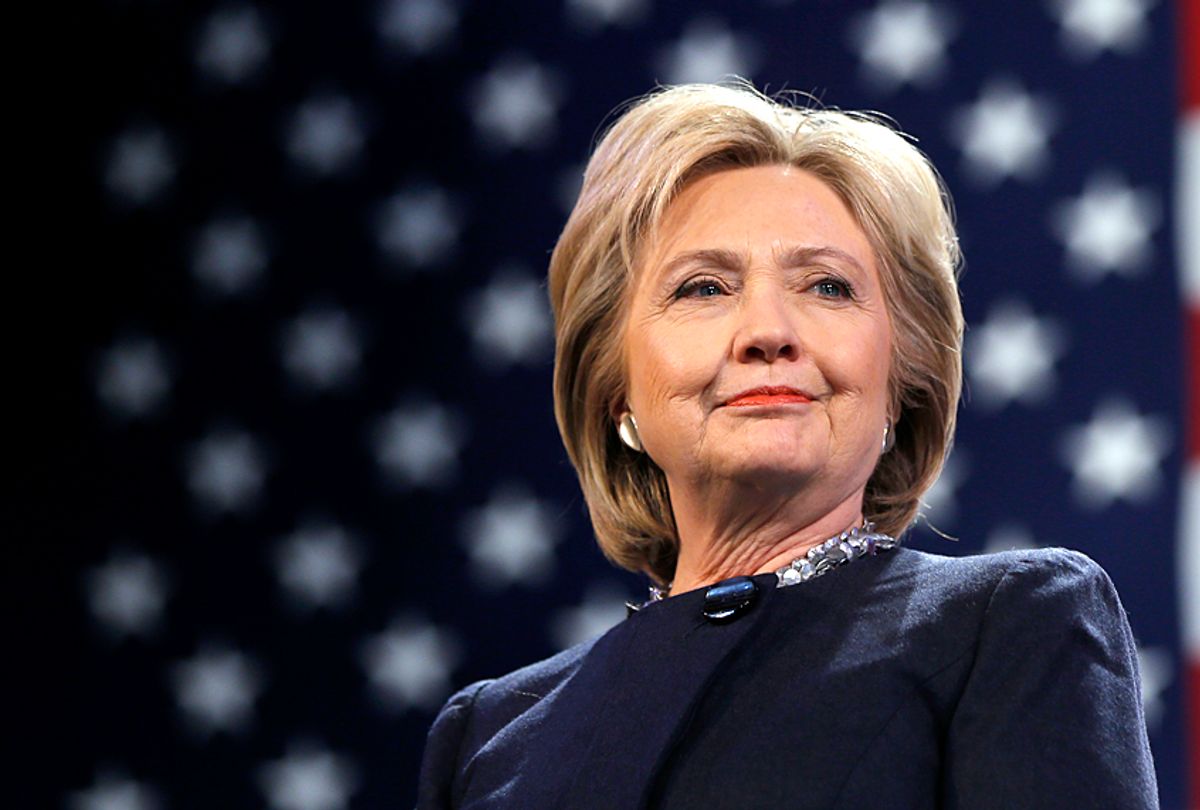 Are you sick of Republicans? Or just right-wingers in general? Do you want to send a message to Washington that you aren't going to buy into their racist, sexist, xenophobic, homophobic and classist nonsense for one second longer?

Then do the very thing that Donald Trump unintentionally encouraged in a recent tweet: Encourage Hillary Clinton to run for president in 2020!

I'm sure this is the part where the Clinton-haters — be they Trumpers, Bernie Bros or anything in between — will say something to the effect of, "Of course he wants her to run again. That's the only way he'll get re-elected!"

Slow your roll there. Clinton's poll numbers aren't too good right now (OK, they're downright atrocious), but there are still four great reasons to consider choosing her as the Democratic nominee in 2020. Even better, all but one of them has to do with an emotion that has no place in this season (which is why I absolutely had to write this article for Thanksgiving weekend): Spite. Delicious, nutritious spite.

I agree with the basic principle of Godwin's Law: The first person to invoke Hitler in a political debate should normally lose. The exception, of course, has to be when someone has genuine Hitler-like qualities. A foreign despot who has invaded neighboring countries and has a right-wing nationalist agenda is about as Nazi-like as you can get.

This is where Clinton offers a quality that no politician in America can beat. While Republicans are trying to tar her with a bogus scandal connecting her to Russia (and anyone who believes Clinton did something wrong in the Uranium One deal lacks credibility on all matters political), the reality is that no candidate can be better described as Russia's nemesis than Clinton. Putin has always hated Clinton because of his innate sexism, which has manifested in his policies, and she certainly didn't endear herself to him by publicly criticizing Russian corruption in 2011. As the ample connections between the Trump campaign and Russia or its water-carriers like WikiLeaks clearly demonstrate, the one person we know we can trust more than anyone is the candidate who Putin very obviously did not want to see as America's president.

2. Hillary Clinton being elected president (at last) would monumentally piss off misogynistic trolls, and what's not to like about that?

I can't think of a single political figure in recent American history who has been hated as deeply, or for as long, as Hillary Clinton. From the moment she emerged on the national stage in 1992 as a distinctly feminist prospective first lady, she has been the target of right-wing wrath woefully out of proportion to anything she has ever said or done.

The reason for this is sexism. It's not the chic thing to say right now, but no other explanation really makes sense. Yes, Hillary Clinton is more centrist than either party likes these days, but why is she singled out for opprobrium here when her husband — who actually served as president — remains popular despite holding the exact same views? The same point can be made about the claim that she is corrupt or too establishment. To the extent that these accusations are valid, they are no more true of Clinton than of the vast majority of politicians from both parties (especially Trump).

At the very least, the next Democratic presidential candidate needs to be a woman — perhaps not Clinton specifically, but certainly a woman, to offset the symbolic gut-punch of the first female candidate getting cheated by an overt misogynist. And speaking of cheating ...

3. By winning the popular vote convincingly in 2016, Hillary Clinton has earned the right to be considered the presumptive nominee in 2020.

As I wrote in September, Clinton is the first defeated presidential candidate to win the popular vote without being automatically considered a frontrunner in the next election. Two of the previous four popular vote-winning also-rans were actually elected in the subsequent cycle (Andrew Jackson in 1828 and Grover Cleveland in 1892), while two others were widely regarded as frontrunners before dropping out for personal reasons (Samuel Tilden in the 1880 cycle and Al Gore in the 2004 cycle).

Let us not forget that, for all of the smack talk about how poorly Clinton ran her campaign, she bested Trump by nearly 3 million votes. This was no razor-thin margin of victory, but a decisive expression of the American public's preference. In terms of percentage points, her margin of victory was roughly comparable to that by which Jimmy Carter beat Gerald Ford in 1976 or George W. Bush beat John Kerry in 2004. She also held Trump to a lower percentage of the popular vote than that garnered by Mitt Romney in 2012.

4. We can expect her to be a good president.

Frankly, the worst thing that can be said about a potential 2020 Clinton candidacy, especially in America's current cultural and political climate, is that her husband still hasn't answered for the numerous sexual abuse accusations against him. While it may seem unfair for Hillary to be held accountable for Bill's alleged predations, it can plausibly be argued that she played a role in helping him cover them up. If that is ever proved beyond a reasonable doubt, she should be given the heave-ho.

Then again, Bill Clinton is also widely associated with the economic, social and foreign policy conditions of the beloved 1990s, and is greatly missed for that reason. And since few dispute that Hillary was her husband's co-president during that halcyon decade, that association can still remain a giant advantage.

Finally, and perhaps most importantly, Clinton demonstrated through the 2016 Democratic National Committee platform that she would work with progressives on pursuing a policy agenda very close to their own goals. On issues ranging from raising the minimum wage and fighting global warming to scaling back the war on drugs, she would stand exactly where the majority of grassroots activists in the party want her to be. Plus — while this has been noted countless times before, it deserves repetition — she has ample experience as a U.S. senator and secretary of state in actually getting things done.

That ability to get things done, by the way, is why Clinton had high approval ratings as secretary of state (usually in the 60s), even proving more popular than President Barack Obama and Vice President Joe Biden in 2011 and 2012. Her stock may be low now, but it's been low in the past (such as when she "ran" to be first lady in 1992), and it has always recovered. Arguably the big political question facing a potential Hillary 2020 campaign will be whether that bounce occurs at a fortuitous moment for her. It very well could, and wouldn't that be a giant helping of the dish best served cold?