Paul Ryan's seat is less safe. Is the House now up for grabs?

Even Paul Ryan's district isn't as safe as it once was 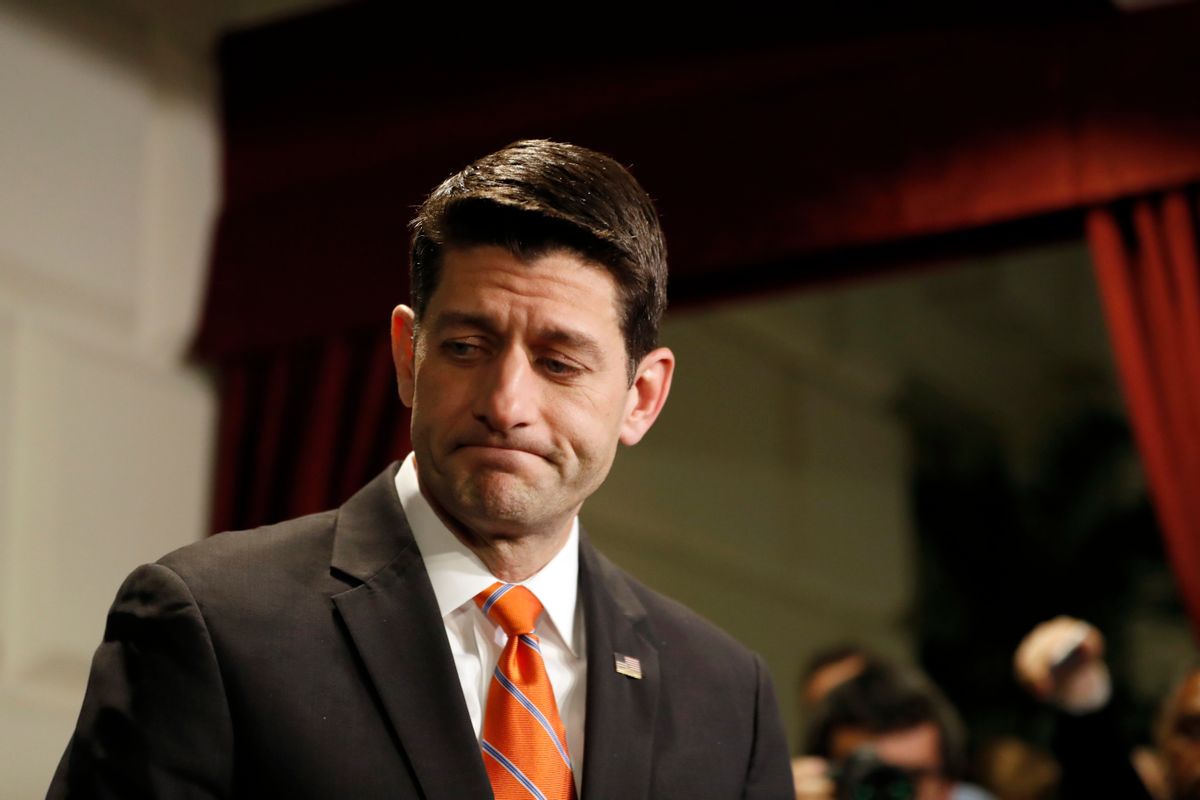 Pennsylvania Democrat Conor Lamb's upset (but still unofficial) victory in Tuesday's special election has election forecasters shifting their midterm predictions toward Democrats in races across the country, even in the Wisconsin district of House Speaker Paul Ryan.

In a Friday article updating readers on their projections, CNN's deputy political director Terence Burlij and reporter Eric Bradner classified only 213 district races as leaning toward Republicans, five less than the 218 seats that the party needs to retain control the U.S. House of Representatives.

"In light of Tuesdays results, there are several districts that now appear more favorable for Democrats this year, with a similar mix of candidate quality, district composition and, in some cases, concerns about the Republican incumbent, or they represent open seats," the duo noted.

According to CNN's model, Democrats are now favored to win in 201 districts, with 21 labeled as "toss-ups" that either party might be able to win. The Friday update shifted 13 districts closer to the Democratic side, although several are still said to "lean Republican."

Ryan is still expected to retain his seat in Wisconsin's 1st district but CNN downgraded Republicans' chances there from "Solid Republican" to "Likely Republican," thanks to the tireless campaign of Democrat Randy Bryce, a former ironworker known for his prominent mustache.

Also on Friday, the Cook Political Report, a private newsletter that is widely popular among political professionals, shifted its projections in 9 different House races toward Democrats. One district in Pennsylvania was moved to "likely Republican" due to the fact that the state's congressional districts have been redrawn by the state's supreme court. Lamb and Rick Saccone, the Republican he ran against, will no longer live in the 17th district. Saccone has been seeking to run in a newly drawn 18th district while Lamb is expected to run for the newly redrawn 8th district.

Last week, University of Virginia election modeler Larry Sabato updated his own forecast to argue for the first time that Republicans are no longer favored to win a majority of House races.

Aside from the forecasters' calls, some Democrats running in areas where President Donald Trump did well in 2016 now seem to believe they have a model in Lamb's candidacy, which was based in part on refusing to endorse Rep. Nancy Pelosi, D-Calif., but also attacking Ryan's austere economic views.

“If we’re going to take the majority, it’s going to be because we win districts like that,” Rep. Filemon Vela, D-Texas, told Politico. “Running against Nancy Pelosi is going to help you a lot more than running with her.”

Some Democrats seemed divided on whether Lamb had run as a liberal or as a moderate.

“He didn’t run on an identity politics, one-size fits all message,” said Rep. Kurt Schrader, D-Ore., co-chairman of the Blue Dog PAC, a group of more conservative Democrats. “He ran on the Blue Dog message.”

“Regardless of how progressive one thinks he is,” Green continued, “if Democrats can win in the district that Trump won by [20] points, there is zero excuse for running on corporate or conservative values in the dozens of districts that Hillary Clinton won or that Trump barely won.”

Republicans, meanwhile, have shifted their own messaging about Lamb.

During the campaign, they portrayed him as a liberal but since his victory, a number of them, including Trump, have claimed that Lamb ran as a conservative, despite his frequent criticisms of Ryan's anti-government views.