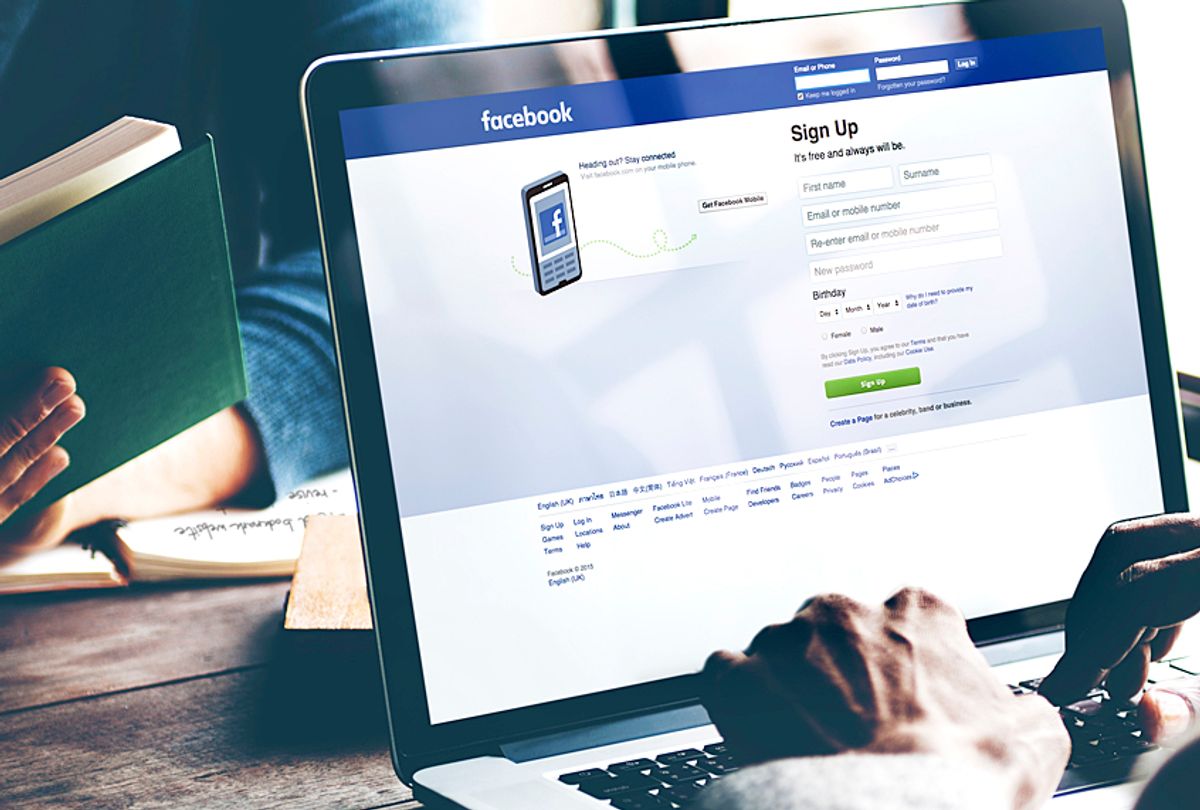 Given that Facebook is a for-profit corporation, one would think that conservatives would be arguing for the company's right as a free-market actor to do whatever they want with their product. Hypocritically, many conservatives are complaining about Facebook's algorithmic changes to its News Feed, and conspiratorially believe that they have been unfairly targeted by the social media giant.

“Facebook is not a neutral host; it has a political agenda,” Fox News host Tucker Carlson said on his show Tucker Carlson Tonight. “It’s an act of ideological warfare, and it’s far more worrying than anything that Cambridge Analytica has done, or is accused of doing.”

In January, the company announced in a Facebook post that they were making changes to the platform’s News Feed, the scrolling list of posts that users see immediately when they log in. The goal, according to Facebook, was to prioritize content that would foster “more meaningful social interactions," and seemed to be partially in response to criticism from researchers who had documented Facebook addiction and noted a linear correlation between social media consumption and depression.

“As we roll this out, you'll see less public content like posts from businesses, brands, and media. And the public content you see more will be held to the same standard — it should encourage meaningful interactions between people,” Zuckerberg wrote.

As I previously wrote, this algorithm change was expected to shake up the media industry, as many publications have built strategies that relied on Facebook’s News Feed as a distribution tool — strategies specific to the algorithm as it existed previously. At the time, this raised many questions about the power Facebook holds, and how news outlets can reach large audiences online without relying on social media companies that are quick to change their algorithms.

Nearly three months later, there’s no doubt many outlets of all political stripes have felt the impact. Yet right-wing outlets have enjoyed feeling particularly victimized.

Ben Shapiro, the editor-in-chief of the conservative publication Daily Wire, told Politico they’ve felt the impact, and that he thinks Facebook needs to be held accountable.

“I think that Facebook needs to be held to public account for its constant manipulation of what its users are seeing,” he said.

Shapiro then wrote an op-ed for the conservative publication National Review about it, explaining that Facebook's alleged attack is “not necessarily out of malice,” but “due to the fact that our major social-media sites are staffed thoroughly with non-conservatives who have no objective frame of reference when it comes to the news business.”

As Paris Martineau wrote: "According to The Outline’s analysis of Facebook engagement data obtained from research tool BuzzSumo, conservative and right-wing publishers (such as Breitbart, Fox News, and Gateway Pundit) were hit the hardest in the weeks following the announcement, with Facebook engagement totals for February dropping as much as 55 percent for some, while the engagement numbers of most predominantly liberal publishers remained unaffected.”

The analysis by The Outline also noted that "Liberal-leaning sites that either publish a significant amount of clickbait-type content or tend to use polarizing partisan language also experienced a noticeable drop in Facebook engagement." Yet overall, analysis showed that the correlation and causation were not linked definitively.

Patrick Brown, CEO of Liftable Media — parent company to the conservative publication The Western Journal — told Politico that Facebook’s change was “troubling” for “free speech” — a counterintuitive claim for a conservative to make, particularly given that a company like Facebook is, as any company is, legally allowed to censor or promote whatever they want on their platform.

“It’s very troubling for free speech in this country,” Brown said. “It’s pretty clear that this is a huge departure from Facebook’s normal practices and they’re making a decision to support one political side of the conversation against another.”

When asked if Facebook were targeting conservatives, a Facebook spokesperson echoed to Politico their messaging from the initial announcement in January.

“We’ve made changes to News Feed to help people meaningfully connect with friends and family first,” the spokesperson said.

The power Facebook holds in the media universe is frustrating for all publications, but to claim that the social media company is targeting one political party over the other without solid evidence seems particularly partisan. Ironically, these conservatives' hard evidence–free claims only help sow the media landscape with misinformation — which is precisely what Facebook is trying to keep at bay.