Being a predator isn't part of your hero's journey 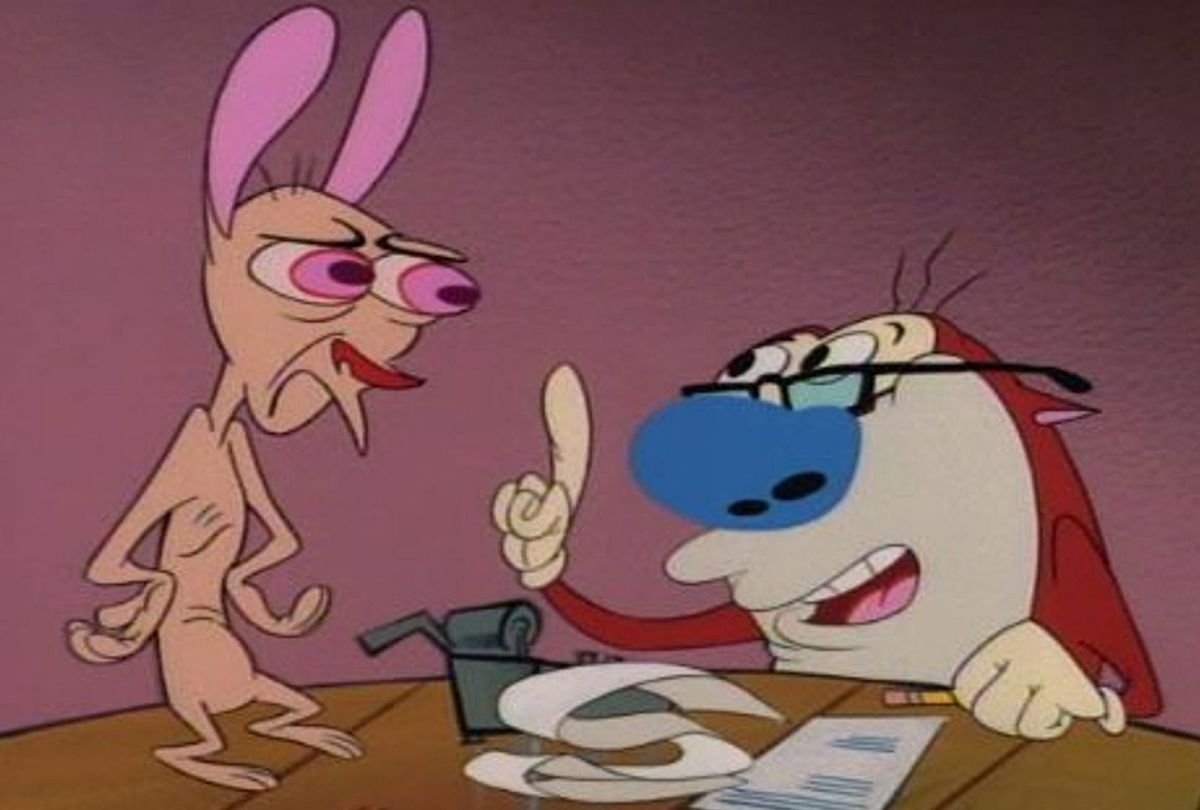 Hey, all you quote-unquote geniuses and innovators out there — the price of your success will no longer be anyone else's childhood. Your garbage has gone collectively unexcused for far too long.

The latest grotesque example in the parade of men who who've leveraged their reputations to gain proximity to youth emerged Thursday, when Buzzfeed revealed what happened when two teenage girls reached out to "Ren & Stimpy" creator John Kricfalusi during the peak of his fame.

Robyn Byrd claims that in 1994, when she was 13, she reached out to Kricfalusi as a fan and budding animator. But what began as seemingly an encouraging mentorship evolved over time. By the time she was 16, she had begun living with him as his "girlfriend." Their relationship was common knowledge. He was in his early forties. He also reportedly took, and shared, explicit photos of her without her knowledge or consent. In a chaste photograph of them together in 1996, she looks unmistakably like a child.

Another woman, artist Katie Rice, says that during the same period, "he began hitting on her when she was a minor... behavior that ranged from writing her flirty letters to masturbating while she was on the phone." She says that from the time she began working for him at the age of 18, he "persistently" sexually harassed her. Here's a doozy of a takeaway line: "Through an attorney, Kricfalusi denied exposing himself to Rice, and said that [a comment he made about rape] was just a joke." Rice also claims that she found child pornography on his computer. Another woman, not identified by name in the story, says that she saw "naked images of prepubescent girls who appeared to be between 12 and 14" on his computer as well.

Through his attorney, the now 62-year-old Kricfalusi denies ever possessing child pornography. As for the rest, the attorney says, "The 1990s were a time of mental and emotional fragility for Mr. Kricfalusi, especially after losing 'Ren and Stimpy,' his most prized creation. For a brief time, 25 years ago, he had a 16-year-old girlfriend. Over the years John struggled with what were eventually diagnosed mental illnesses in 2008. To that point, for nearly three decades he had relied primarily on alcohol to self-medicate. Since that time he has worked feverishly on his mental health issues, and has been successful in stabilizing his life over the last decade. This achievement has allowed John the opportunity to grow and mature in ways he’d never had a chance at before."

Hi, I have to go vomit forever now.

First of all, yes, there is a broad spectrum of relationships, and of age and power dynamics. We definitely can, however, get over the notion that a man in his forties, who has known a girl who idolized him since she was in the eighth grade, ever has a 16-year-old "girlfriend." That's done. But before we burn this BS to the ground, let's take a very brief trip through some fairly recent history.

Woody Allen claims his affair with his now wife Soon Yi Previn began when she was in college. She was approximately 10 years old — as an abused orphan, her exact birthdate is uncertain — when he began dating her mother.

Aaliyah was 15 when she illegally wed R. Kelly, a man whose history involving underage girls spans more than two decades and multiple accounts. They met when she was 12.

Shoshana Lowenstein was a 17-year-old high schooler the first time then 39-year-old Jerry Seinfeld spotted her in Central Park and introduced himself. "I didn’t realize she was so young," he later claimed, regarding a girl who may well have been wearing her Nightingale-Bamford School uniform at the time.

Anthony Rapp was 14 when he says that a 26-year-old Kevin Spacey made a sexual advance toward him. Spacey responded last fall by saying, "I honestly do not remember the encounter, it would have been over 30 years ago. But if I did behave then as he describes, I owe him the sincerest apology for what would have been deeply inappropriate drunken behavior." He then went on to take the opportunity to come out as gay, as if being accused of being a sexual predator is a great time to make an announcement about your orientation. (It is not.)

In 2014, James Franco made light of asking a girl,  "You're single? What's the hotel? Should I rent a room?" after she'd directly identified herself as 17, jesting on Twitter that "I HOPE PARENTS KEEP THEIR TEENS AWAY FROM ME!" Way ahead of you there, pal.

I'd also like to give a special honorable mention award to Quentin Tarantino, for his 2003 claim about Roman Polanski's 13-year-year old sexual assault victim, that "I don’t believe it’s rape, not at 13, not for these 13-year-old party girls…. Look, she was down with this." In February, he apologized to the woman, generously adding that "I incorrectly played devil’s advocate in the debate for the sake of being provocative." Oh look, I'm not done throwing up.

The fetishization of youth as creative muses for allegedly brilliant adult men is a time-worn trope. Where would pop music be without skin-crawling odes to deflowering teenagers? Where would cinema be without Oscar-nominated films like "Manhattan"? I don't know but let's find out!

Nearly as despicable as gross, entitled men grooming, preying upon, abusing and/or harassing vulnerable individuals is the determined insistence these SOBs so often have on giving themselves a hero's journey. That particular shady nonsense is not just limited to men who like youngsters, either.

When Matt Lauer's creepiness came to light last fall, he issued an apology with the promise that "Repairing the damage will take a lot of time and soul searching and I'm committed to beginning that effort." When Morgan Spurlock issued a rambling confession of his own misdeeds, he made sure to note, "I hope to empower the change within myself. We should all find the courage to admit we’re at fault." And Louis CK punctuated his statement about allegations about him by noting, three goddamn times, how "admired" he was by the women he was supposed to be apologizing to.  Jesus Christ, you guys.

How selfish, how devoid of empathy does a person have to be to see behavior that hurts other people — especially behavior that hurts very young people — as an element in his own path toward self-actualization? Because I promise, you can say you're sorry without throwing in the world's least appropriate humblebrag. I have a very limited amount of interest in how any of these clowns have learned and evolved. I definitely don't want to hear about their "achievement" now that they've supposedly "grown and matured."

I have instead expansive concern for every single person whose trust was exploited by some overcompensated hack who thought the needs of his penis were more important than the agency of a human being, especially one still in the process of growing up. I have bottomless rage for the droves of abettors who stood silently around these insects, sharing the wealth of their successes, smirking at their seeming conquests. I want to punch a wall every time some smug has-been like Terry Gilliam says he's worried about "mob rule," or Sean Penn ponders whether "it really is in our interest to trample Charlie Rose?" when they don't seem to have given a moment's thought to all the careers derailed, the potential unfulfilled, the monumental loss of talent, at the expense of mediocre men's egos. And I am done allowing myself a "problematic" enjoyment of works created by people who disgust me. As Katie Rice told Buzzfeed, "I know a lot of people struggle with the ‘art vs. artist’ thing, and I get it . . . . There’s nice people you can hire. There’s nice people who can make things, there’s nice people who make cartoons . . . . They’re just as f**king good."