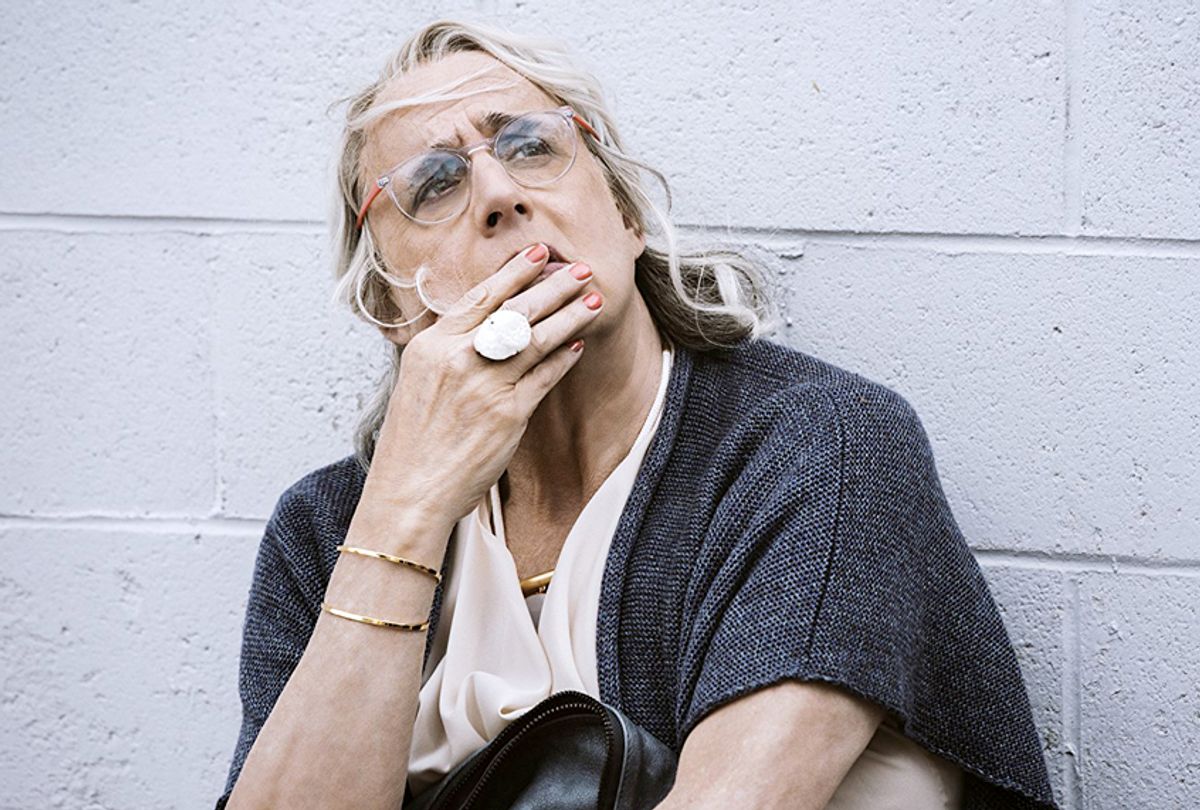 Actor Jeffrey Tambor has spoken out for the first time since being fired three months ago from his Emmy Award-winning role on the groundbreaking Amazon series "Transparent" after two women accused him of sexual harassment. While Tambor has admitted to being "mean" and "difficult" to work with, in a new profile in The Hollywood Reporter (THR), he denied sexually harassing his accusers.

"This is the first time I’ve talked about this – ever," Tambor told the magazine. "And possibly the last time. I used to teach acting, you know, and I’d always say, 'Announce where you are.' So this is me doing that."

The sexual harassment allegations against Tambor first surfaced in October 2017, and the actor was dismissed from his starring role in "Transparent" in February, following an investigation. (Tambor said he was interviewed in two 10-hour sessions.) Show creator Jill Soloway has now confirmed that the upcoming fifth season would the series' last and would not include Tambor.

Even prior to the allegations, Tambor's casting in "Transparent" was controversial. The critically-acclaimed show has been lauded for elevating the transgender experience and for hiring LGBT staff both in front of and behind the camera. But Tambor, who starred in the show as trans woman Maura Pfefferman, is cisgender. People likened his casting to "blackface" and criticized Soloway for not casting a trans actor in the role. Also, both of Tambor's accusers are trans.

Van Barnes, Tambor's former assistant, and Trace Lysette, a cast member of "Transparent," went public with their accusations last fall. Barnes penned her #MeToo account on Facebook, alleging that "he's a f**king monster." While she did not name Tambor, the post describes an employer who allegedly subjected her to "butt pats," said she should sleep with him to get a "Hollywood-industry-appropriate-pay-grade" and pressured her to engage in a sexual relationship. In the post, Barnes said she thought about suicide when she left her job.

Barnes' story went viral, and a few weeks later, Amazon Studios confirmed an investigation into her allegations. Tambor wrote off Barnes in a statement as a "former disgruntled assistant," calling her claims "baseless."

Lysette accused Tambor of unwanted flirtation, kissing her on the lips and during the filming of one scene, she claimed he performed "thrusts" on her hips. "They were discreet, and insidious and creepy. I felt his genitals on me," she alleged to THR. "And I pushed him off." Lysette claimed she reported the incident, and no action was taken.

"Given the circumstances of my life," she wrote in a statement to THR in November, "I was used to being treated as a sexual object by men — this one just happened to be famous." Lysette worked in a strip club in New York City before she embarked on an acting career. There, she kept her transition hidden.

After Lysette's allegations went public, Tambor put out a new statement. "I find myself accused of behavior that any civilized person would condemn unreservedly," it said. "I know I haven’t always been the easiest person to work with. I can be volatile and ill-tempered, and too often I express my opinions harshly and without tact. But I have never been a predator — ever."

But, what Tambor is admitting to now could be interpreted as verbal abuse. "I drove myself and my castmates crazy," Tambor told THR. "Lines got blurred. I was difficult. I was mean. I yelled at Jill — she told me recently she was afraid of me. I yelled at the wonderful [Executive Producer] Bridget Bedard in front of everybody. I made her cry. And I apologized and everything, but still, I yelled at her. The assistant directors – I was rude to my assistant. I was moody. Sometimes, I didn’t talk at all."

Tambor's agent, Leslie Siebert, affirmed some of this behavior. "He’s guilty of being an asshole at times, and being, you know, temperamental and moody," she told THR. "And he feels awful about it and apologizes, and he’s working on himself. But in the 30 years I’ve worked with him, I’ve never been told about any behavior like what these women are accusing him of."

Tambor also said that, initially, he had the private support of Soloway, but he now feels abandoned by her. "I said to her, 'Since you know the truth, would you make a public statement on my behalf?' It’s my biggest disappointment that she hasn’t."

Soloway countered, "I never told him I was going to accuse Van or Trace of being liars. He knew that nobody could do that. And I was really working with him to help him understand that a simple apology would go a really long way. I was hoping to get him there."

Soloway added, "It’s not a simple case of did he do it, or didn’t he do it. Nobody said he was a predator — they said he sexually harassed people. He made enemies, and I don’t think he realized he was making enemies. You have to be very, very careful if you’re a person in power and treat people very appropriately."

Tambor has been able to retain his role on the Netflix comedy "Arrested Development." The series' fifth season premieres on May 29.