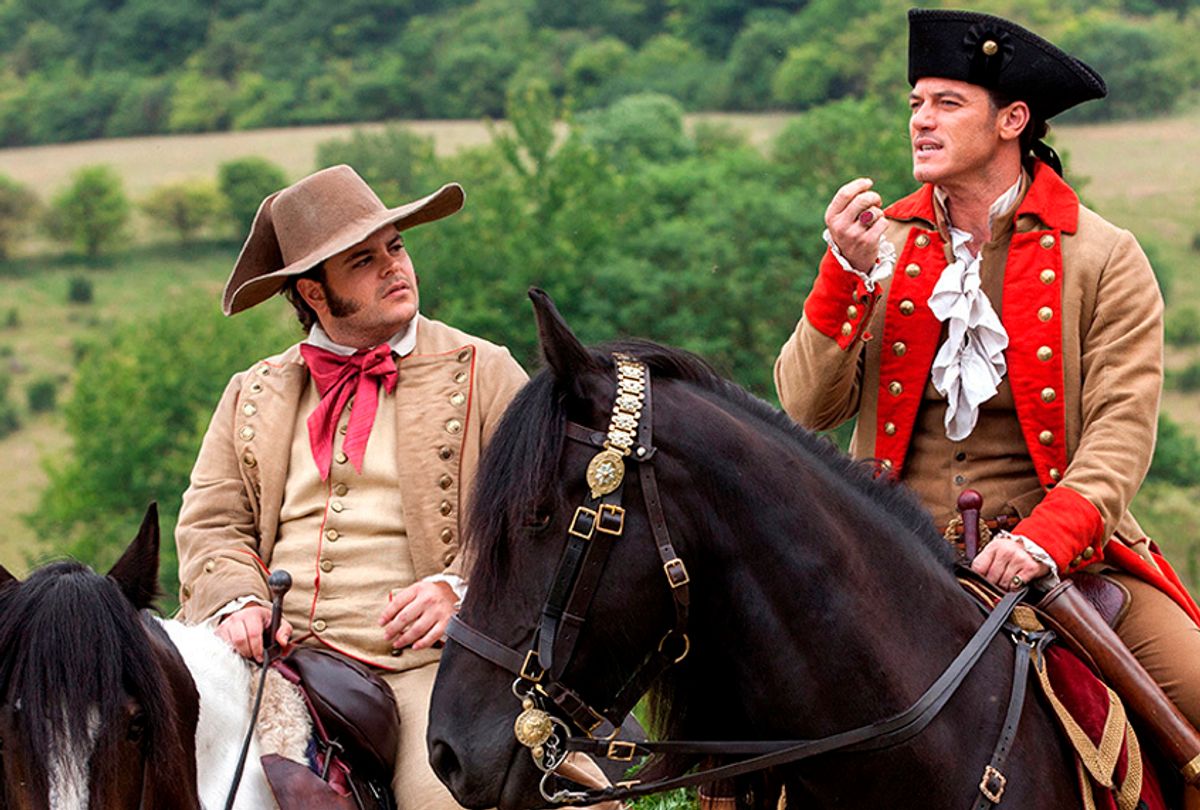 Inclusion and diversity continue to be urgent topics in Hollywood, with the release and success of "Black Panther" and "Wonder Woman," the importance of representation promoted by the #MeToo and Time's Up movements, and with the discussions and adoptions of inclusion riders by some of the industry's stars.

Yet when it comes to the representation of lesbian, gay, bisexual, transgender and queer people in films, an annual GLAAD report published Tuesday found that the number of major releases featuring LGBTQ characters plunged by nearly 40 percent in 2017. Queer identities were included in just 14 wide releases from the major studios, which is a significant drop from the 23 films in 2016. This means of the 109 films GLAAD surveyed, LGBTQ characters were included in 12.8 percent of them.

"On screen, record-breaking films like 'Black Panther' and 'Wonder Woman' prove that not only does inclusion make for great stories — inclusion is good for the bottom line," GLADD CEO Sarah Kate Ellis wrote in an introduction to the survey, the Studio Responsibility Index (SRI). "It is time for lesbian, gay, bisexual, transgender, and queer stories to be included in this conversation and in this movement."

GLAAD began tracking LGBTQ characters in films in 2012 and in the six years of the survey, the findings for 2017 represent "a tie for the lowest number and the lowest percentage ever of LGBTQ-inclusive films amongst all mainstream releases," Ellis said.

Alarmingly, in 2017, there were no transgender characters in films from the major studios. The Oscar-winning trans story, "A Fantastic Woman" from Sony Pictures Classics, was analyzed in a separate report of 40 films released by specialty divisions to compare content released by the mainstream studios and their affiliated houses. Of these 40 "art house" films, 28 percent included LGBTQ characters.

The study also found that gay men are represented far more than any other queer identity and in general, men outnumber women characters. And while there was some positive findings related to race — 57 percent of the LGBTQ characters were people of color — there were no Asian/Pacific Islander LGBTQ characters.

Universal Pictures was the most successful in LGBTQ inclusion. Four (28 percent) of the studio's 14 films in 2017 were LGBTQ-inclusive. "In a four-way tie for second: two of Paramount’s 11 films (18 percent), two of Fox’s 14 films (14 percent), two of Lionsgate’s 19 films (11 percent), and two of Warner Brothers’ 18 films (11 percent) included LGBTQ characters," SRI reported. "One of Disney’s eight films (13 percent) included a gay character, and Sony rounds out the group with one inclusive film of 25 total (four percent)."

After tracking the numbers and percentages of major studios' inclusion of LGBTQ characters, GLAAD employed its own version of the "Bechdel Test," with what they call "The Vito Russo Test," to examine how LGBTQ characters are portrayed and situated within a film. To pass the Vito Russo test, named for the film historian and GLAAD co-founder, the film must contain an LGBTQ character that is not wholly defined by their sexual orientation or gender identity, and they must have an impact on the plot. This is to ensure that LGBTQ characters are multidimensional and have agency, rather than used as comic fare or punchlines, which continues to be a common trope in Hollywood.

For example, "Of the 14 inclusive films distributed by major studios in 2017, seven (50 percent) included less than five minutes of screen time for their LGBTQ characters, with the majority of those falling under three minutes," the survey says.

20th Century Fox had two films that passed the Vito Russo Test: "Alien: Covenant," which featured a gay couple, and the action sequel "Kingsman: The Golden Circle," which includes Elton John playing himself. As for Universal, LGBTQ-inclusive films "Pitch Perfect 3," "Happy Death Day" and "Fifty Shades Darker," all failed the test, and Oscar-winning "Get Out" was the only passing film. Both these studios were rated as "Insufficient."

Lionsgate and Warner Brothers earned a "Failing" rating, even though both studios had two LGBTQ-inclusive films, but GLAAD found the depictions to be offensive. No studios received a "Good" rating this year and never has any studio received an "Excellent" rating.

Moving forward, GLAAD challenges the seven major film studios to make 20 percent of annual major releases include LGBTQ characters by 2021 and 50 percent by 2024.

There's already some hope that change is on the horizon when looking at 2018 releases. Ellis highlights teen rom-com "Love, Simon" from Fox 2000, sci-fi action "Annihilation" from Paramount and teen comedy "Blockers" from Universal, which all featured central queer characters. Yet the reality is that these films — while significant — are a mere fraction of the major releases, and as GLAAD illuminates, that continues to plague Hollywood's representation of LGBTQ people.