Your rage at Trump is justified: Don't let scolds like the New York Times shame you for it

There's a myth that goodness exists independent of rage. It's a lie to keep those being held down from rising up 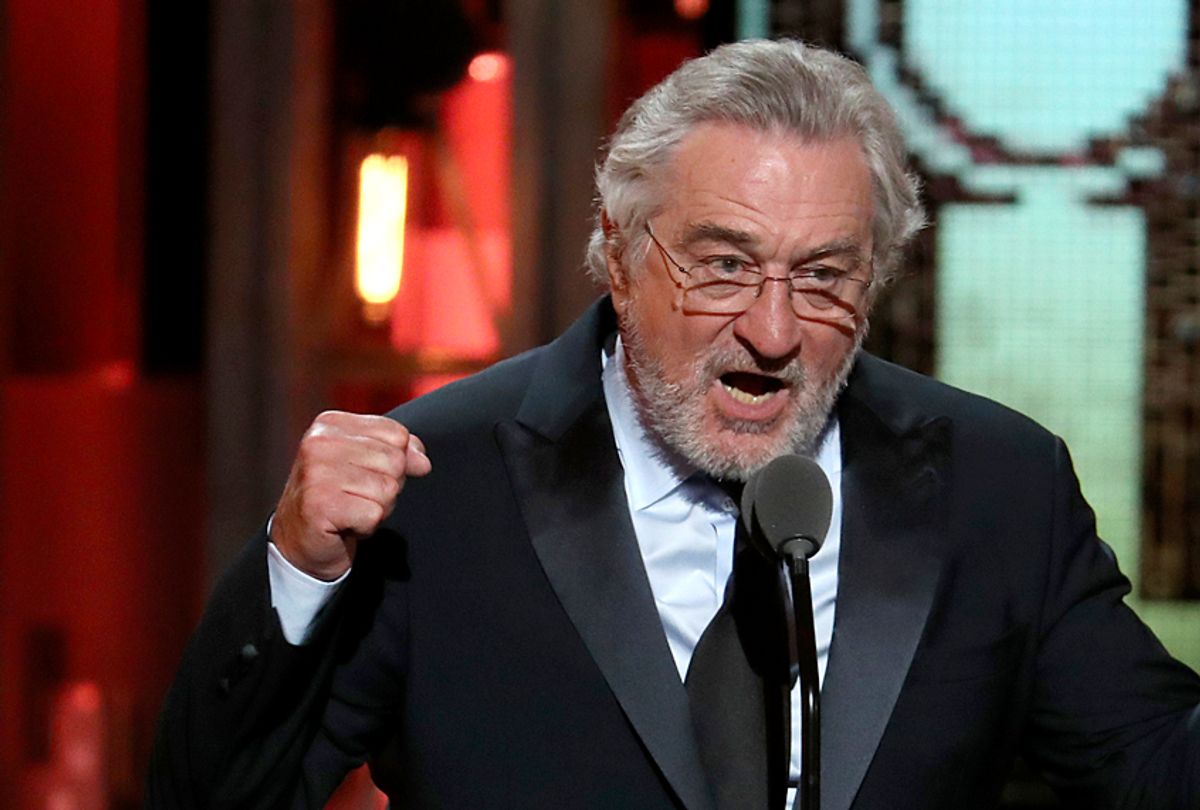 When they go low, we go high. But even at an elevated altitude, there's plenty of breathing space to vent. Justifiable outrage isn't rude. And beware of anyone who tries to silence you by suggesting otherwise.

It's really been something to watch staunchly decorous institutions like The New York Times flail to grasp the profound repulsiveness emanating from the current administration. It's the aristocratic friend who has fallen on hard times, eating macaroni and cheese off the best china, naively wondering why their venerable family name doesn't impress the person taking their job application at Walmart. This, after all, is the same paper that recently went ahead and presumed that owning a Kate Spade handbag was "a coming-of-age ritual for a generation of American women."

On Wednesday, the paper of record took to task the grotesque national tone in yet another of its quaint attempts to, you know, look at it from all sides. Under the headline "In Trump’s America, the Conversation Turns Ugly and Angry, Starting at the Top," the subhead that ran Wednesday read "Trump rails against undocumented immigrants as 'murderers and thieves' who want to 'infest our country.'" It added, "Some of his opponents respond with rage." (The subhead was later softened to "The politics of rage that animated President Trump’s political rise now dominate the national conversation.")

The piece, by Peter Baker and Katie Rogers, goes on to report that "Mr. Trump’s coarse discourse increasingly seems to inspire opponents to respond with vituperative words of their own. Whether it be Robert De Niro’s four-letter condemnation at the Tony Awards or a congressional intern who shouted the same word at Mr. Trump when he visited the Capitol this week, the president has generated so much anger among his foes that some are crossing boundaries that he himself shattered long ago." And it noted "the trading of crude insults on both sides." An example of the "both sides" rhetoric was the Duluth protestor holding a sign that read "“My Grandpa Didn’t Fight Nazis for This." Oh my stars, my delicate sensibilities were not ready for that.

Among the numerous horrors of this administration, it's certainly worth pointing out the morale-eroding effects of its gutless rudeness. Tossing Starbursts at German Chancellor Angela Merkel? Strolling in late to a summit on gender equity? Relentless, playground level name calling? Having your wife depart for an actual child detention center wearing an "I really don't care — do u?" jacket? It's all there, every day.

And while it's not equivalent to decimating environmental protections, it speaks to a tacit approval of profound selfishness from the highest office in the land. It's not easy to instill in your children the value of saying "Thank you," of showing up for things on time, of practicing the kind of graciousness that prepares you to be a citizen of the world, when you have an entire administration that's too busy trolling us to be bothered. If you want to trot out some experts on civility to explain how having a White House that's run like a shock jock's drive time slot is bad for international relations and bad for vulnerable populations here at home who've been the target of emboldened bullies, that is important. The toll that this omnipresent fog of nastiness is taking on our collective well-being is real. But concern trolling that the people who are being actively oppressed are maybe using "vituperative words" is, may I say, f**king ridiculous.

The Times helpfully reports that "Some liberals bristle at the idea that they should hold back in the face of what they consider an inhumane or authoritarian presidency." Jesus, where to begin with the laziness of this? What bubble does one get to live in to talk like that? We are way, way, past the notion that what is going on in America is of concern only to "some liberals" who are "bristling." Things like policies that separate children and babies from their parents are "inhumane or authoritarian." That's really not up for debate, and that's not a liberal issue. If you think it is, God help you.

You can decide that calling wealthy, clueless women c**ts or using your moment at the Tonys to curse the president is not your path, nor is it an especially persuasive tack, but it doesn't in any way mean that the people who drop a few C- and F-bombs are on par with those locking up babies. Nor does it come even close to incessantly barraging the American public with lies and cruelty.

There's a myth that goodness exists independent of rage. That is a lie told to keep those being held down from rising up and fighting back. What matters is how anger is used — and who it is aimed at. If you're a Christian, you might recall that we are taught that Jesus was a guy who knocked over tables and yelled at his adversaries with all the fury of a Real Housewife. Getting mad is literally in the instruction book. "Bristle" away, Christians! Arun Gandhi, the grandson of Mahatma Gandhi, says that his grandfather “saw anger as a good thing, as the fuel for change, but he made me understand you must get control over it.” Dr. Martin Luther King Jr. advised that "It is not enough for people to be angry. The supreme task is to organize and unite people so that their anger becomes a transforming force." Even Mr. Rogers got pissed off.

Words matter. Like the word "vituperative." It is a constant challenge to conduct ourselves with respect, dignity and compassion in the midst of an administration that does not extend the same courtesy to pretty much anybody outside its innermost circle. We cannot use the sadism of others as a green light to indulge in those moral failings ourselves. But it is also imperative to call BS on the more comfortable members of society who scold about gentility. As Frederick Douglass advised, "Those who profess to favor freedom and yet deprecate agitation are men who want crops without plowing up the ground; they want rain without thunder and lightning. They want the ocean without the awful roar of its many waters." Now as ever, if you want to change the world, you can't be afraid to make noise. And remember that not all anger is ugly.

The healing power of "bad" words

Why cursing is a primal instinct