The loudmouth at the concert: Why can't people stop talking and listen to the music?

Buying a ticket to a show doesn't give you a free pass to act however you want, everyone else be damned 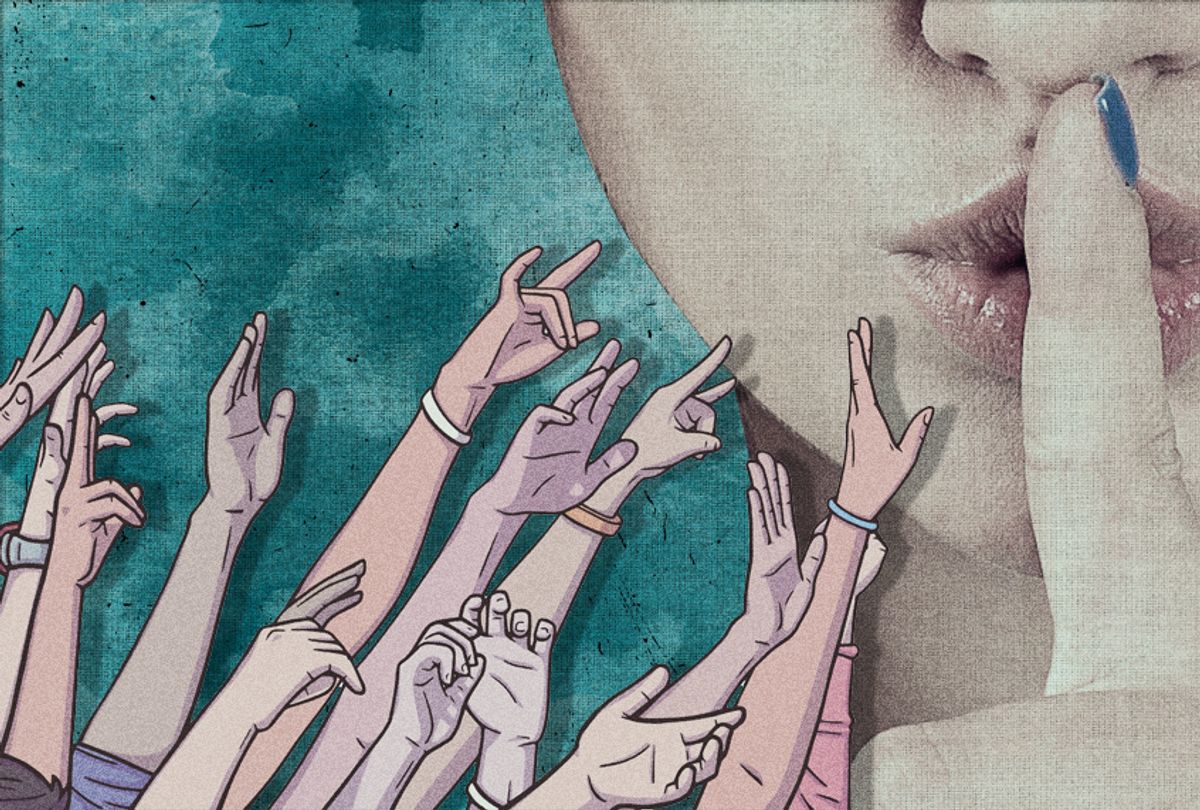 A few days ago, my husband and I trekked out to a local club on a weeknight to catch Canadian rock 'n' roll stalwarts Sloan, who are touring the U.S. in support of a predictably great new album, "12." As per usual, the band was also firing on all cylinders, busting out album deep cuts, hits and rarities (shouts to the cowbell-heavy "Live On" and obscurity "Step On It, Jean").

For much of the first set, we sat at the bar, roughly 10 feet away from a group of men also parked on seats in the back. I physically can't stand for long periods of time, so this was a good compromise so we could still see and enjoy the music. However, after the show started, one of the guys in said group proceeded to carry on a conversation — a very loud, intense conversation, in fact. It was so loud that my husband and I moved to another area where we could sit, as his voice carried over the music, and he seemed more interested in chatting than paying attention to Sloan.

People are disrespectful all the time during concerts; his behavior was absolutely nothing new. But an off-hand tweet I made about the incident — "I will never understand why people pay money for a concert ticket and then will spend the entire show loudly talking and ignoring the band" — struck a nerve. Days later, likes, quote-tweets and commiserating comments continued to roll in at a steady pace.

A Facebook post I made soliciting stories of rude talkers at shows also drew hundreds of comments detailing rather astonishing bad concert behavior. Friends shared stories of conversationalists ruining house shows, people being loud during arena gigs or chatterboxes taking selfies in the front row while a band played. Others shared tales of artists such as Neil Young, Black Crowes' Chris Robinson and Ed Harcourt admonishing talkers from the stage. And that's just the mild stuff: Some of the shared stories involved jaw-dropping examples of drunken belligerence or rampant entitlement.

Although the examples given spanned years (and even decades), it feels more and more like people chattering through concerts is a rule rather than the exception in 2018. Even veteran bands playing their hearts out onstage are background noise to socialization. (Consider the way, say, the Plimsouls were used as a bar band soundtracking a pivotal scene in "Valley Girl.") While the vast majority of music fans are passionate and attentive show-goers, their experiences are marred by the discourteous actions of other people.

The rudeness is often a head-scratcher. Concert tickets are expensive. Throw in food, drinks, parking and other expenses, and it's not cheap to see live music. Plus, shows can also be loud, meaning it's not easy to talk-yell through a show. Why someone would spend a night out jabbering through a concert (rather than, say, going to a bar or restaurant to hang out with friends) is a mystery.

But chatting away is also deeply disrespectful to artists, who can actually see and hear when audience members are talking. If you're a fan of the musician you ostensibly bought tickets to see, ignoring them while they're doing their job is downright insulting. Another friend reminded me of a 2017 Robyn Hitchcock acoustic show we attended together, where a woman in front of us was huffy about being shushed because the concert was one of the few times she was going to be able to see her mom for weeks. (Why was she not somewhere else catching up instead? One never knows.) This family was in the second row of a small theater, meaning their constant, distracting murmuring wasn't exactly unobtrusive.

That the talkers responded with irritation when called out is also unsurprising. In my Facebook thread, multiple friends recounted being retaliated against after telling people to be quiet, with responses ranging from heavy sarcasm to physical intimidation. That's not just entitlement — it's some rather brazen gaslighting, to turn around and get mad at someone for supposedly infringing on your night out when you're the one being a jerk. Buying a ticket to a show also doesn't give you a free pass to act however you want, everyone else be damned — and people shouldn't be afraid to assert their right to enjoy a concert.

Cynics might say that this behavior is indicative of society as a whole, that people today are self-centered and self-absorbed. While that might be true in some cases, concert talking also feels like a reflection of music's changed role in society. For some, music is no longer an all-consuming passion; it's a nostalgia trip, something to look back on with fondness. Going to a show means waiting to hear the big songs you remember, and sitting through a bunch of other stuff about which you don't care.

But with the rise of streaming, people are also consuming music in ways that make art feel more ephemeral. Vinyl and cassette boom aside, albums or singles aren't necessarily things you hold in your hand anymore; they're digital entities floating around in the mythical cloud. And the process of listening to music has also changed: It's often a passive pastime, driven by things such as algorithm-driven auto-playing playlists. This development isn't necessarily bad — for starters, music discovery is especially gratifying when you let SoundCloud's algorithm serve up tunes — but it does make music feel less tangible, something easier to just throw on in the background while doing other things.

Complicating matters is that more artists than ever are creating music, making it more difficult to forge deep connections with what's out there. Heading to the new releases section of a streaming platform feels like a massive buffet, where sampling a little from each offering is the only way to taste everything. Plus, while music remains a cultural force, it's not the only kind of art people have at their fingertips. We're drawn in multiple directions — to movies, video games, TV shows, even social media — which further reduces our ability to devote full attention to any one thing.

Of course, all of these things aren't true across the board. Artists will always have die-hard fans, and physical product isn't dead, just serving different audiences. (See: the rise of lavish boxed sets.) And not every concert is a hellscape full of loud conversations.

Earlier this week, I also caught the 30th anniversary tour from power-pop band the Posies. The full-band electric set was raucous and inspiring and a testament to the group's fondness for pairing keening harmonies with jagged-glass guitars. But during the encore, principal members Ken Stringfellow and Jon Auer paused for a stripped-down take on a 1990 track called "You Avoid Parties."

The pair stepped to the front of the stage and sang toward the audience, their vocals unamplified by mics. It was an appropriate setting for the song, a harrowing and claustrophobic tune about a narrator retreating into their interior world after experiencing some unspecified horrors. Auer and Stringfellow left the crowd rapt.

It was an emotional high point during a concert with multiple poignant moments, made all the more special because the audience was quiet and fully present in the moment. Had someone been yapping all the way through the quiet performance, it would've ruined the mood. When people shut up and enjoy the music, great things happen — and memorable, indelible experiences are created.

Performing an acoustic version of her single “Best Days”