"What the heck was a casting director doing with a condom in his pocket?" the Oscar winner recalled in an interview 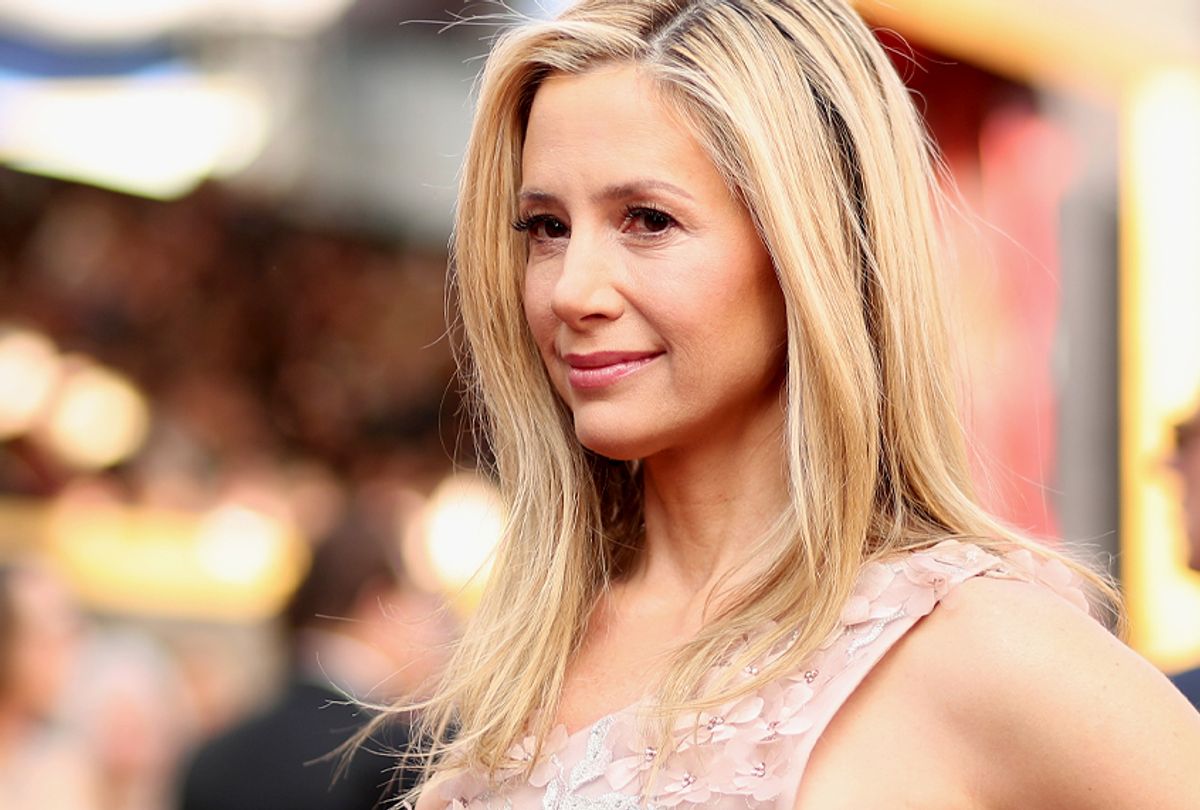 Mira Sorvino, the Academy Award-winning actress who was among the first wave of women who publicly accused the disgraced film producer Harvey Weinstein of sexual misconduct, recently opened up about another allegation of abuse she faced in Hollywood: A casting director allegedly gagged her with a condom during an addition when she was just 16 years old.

"In looking back over at my career, I realized that one of my very first auditions when I was 16, I was completely treated inappropriately by the casting director," Sorvino, now 50, told the Hollywood Foreign Press Association’s "HFPA In Conversation" podcast. "In order to scare me for this horror movie scene, he tied me to a chair, he bruised my arm – and I was 16 years old – and then he gagged me. And, I was all game, because I’m trying to be scared for the scene."

"And, at the end, he takes the gag out of my mouth. And, he said, 'Sorry for the prophylactic.' So, he had gagged me with a condom," she continued. "I was too young to even know – thank God – what a condom tasted like. It was so inappropriate, and what the heck was a casting director doing with a condom in his pocket in an audition?"

Sorvino also accused "one big director" who "has Oscars" and is know for his "social justice profile" of saying to her at the end of an audition: "You know, as I look at you, my mind can’t help but traveling from the artistic possibilities to the sexual."

Acknowledging a pervasive culture of sexual abuse and manipulation in Hollywood, Sorvino added that there were several times where directors and other industry figures pressured her to engage in sex in order to land a role. Even her friends warned her: "You’re absolutely going to have to have sex with all kinds of people to advance your career." And, because she refused, she claimed she "lost out on certain acting opportunities in big movies because of it."

This is not the first time Sorvino has brought up this issue. In Ronan Farrow's Pulitzer Prize-winning New Yorker exposé about Weinstein, Sorvino claimed Weinstein sexually harassed her. According to Farrow's report, the former producer "tried to pressure her into a physical relationship while they were working together."

And, while it was her performance in "Mighty Aphrodite," a Miramax-distributed film that earned her an Oscar for best supporting actress, Sorvino suspected that her rejection of Weinstein's alleged sexual advances hurt her career in the long run.

Film director Peter Jackson corroborated her story, claiming that Weinstein told him Sorvino was "a nightmare to work with" and to avoid her "at all costs." He admitted that this alleged smear pushed her out of the running for a role in "The Lord of the Rings." Weinstein denied the claims, saying that Miramax "had no input into the casting whatsoever."

When Weinstein was arrested and charged in May for sex crimes, Sorvino told "Today" that "it feels like a really good first step." But, she added that it was still an emotional experience, as "he's raped many people that I love, so it's not really a happy occasion."

"I think maybe there will be some celebration when he gets convicted and goes to jail," she added.

Sorvino has also expressed remorse for working with Woody Allen on "Mighty Aphrodite." In January, she wrote an open letter to Allen's daughter, Dylan Farrow, who has alleged she was molested by the director as a child.

"I am so sorry, Dylan! I cannot begin to imagine how you have felt, all these years as you watched someone you called out as having hurt you as a child, a vulnerable little girl in his care, be lauded again and again, including by me and countless others in Hollywood who praised him and ignored you," Sorvino wrote in HuffPost.

"As a mother and a woman, this breaks my heart for you. I am so, so sorry!" she continued. "I send you love and inclusion and admiration for your courage all this time. I believe you!!!"

What male psychology leads to the abuse of power and why has Hollywood has covered up harassment incidents like these for decades?