It's not Bruckheimer-esque sci-fi: Experts say an asteroid warning and deflection system is a "solvable" problem 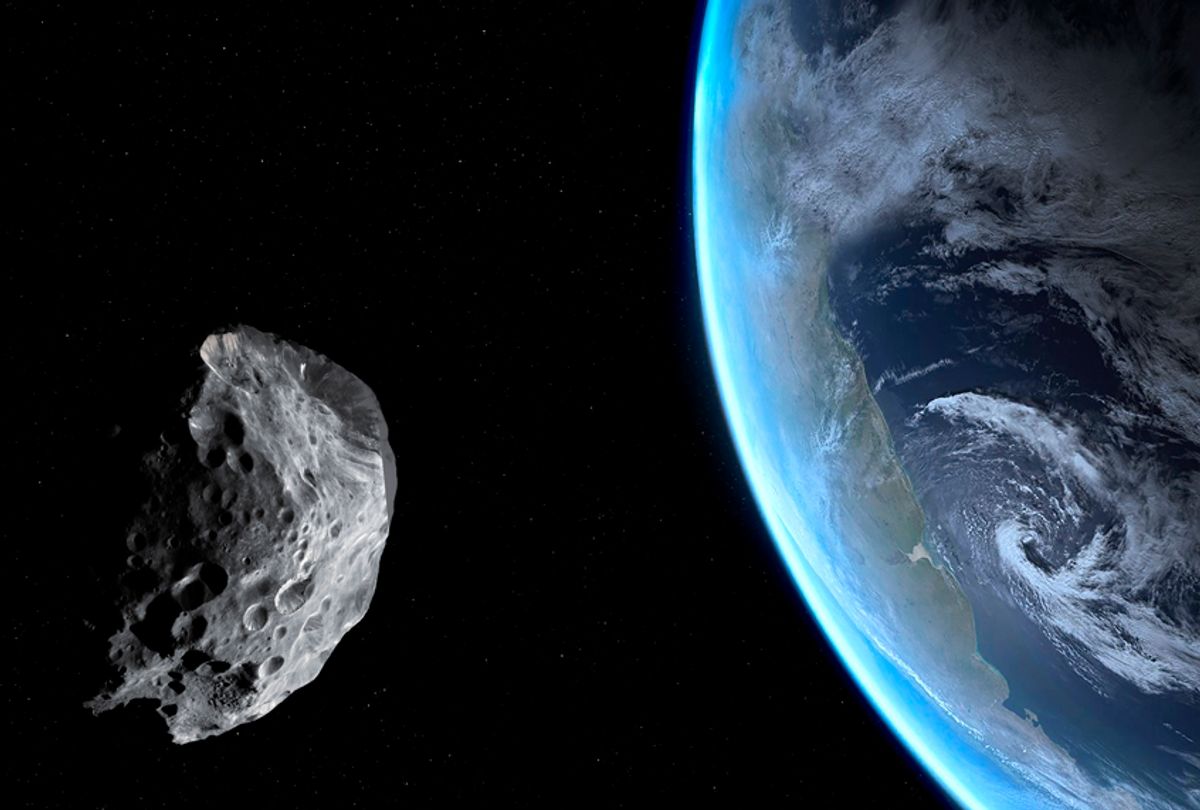 We Earthlings are adept at pondering and planning for existential threats: currently, thanks to a glut of dystopian literature and cinema, climate change, nuclear war, and an asteroid hitting the planet all loom large in our minds. While the latter might seem like the most difficult to stave off, experts at B612 Foundation — a non-profit organization whose mission is to protect Earth from asteroid impact — believe finding and stopping civilization-ending asteroids is actually quite feasible.

“Here is a problem that is a very solvable,” Danica Remy, President of B612 Foundation, told Salon. “When you think about big global problems a lot of them are not going to be as easy to solve, certainly from changing human behavior to the political agendas, but [asteroid impact] is smaller compared to famine or war or climate change.”

This is one reason why B612 has recently partnered with Google Cloud to develop the Asteroid Decision Analysis and Mapping (ADAM) project. The hope is that data collected through ADAM will be able to better inform experts on how to build a comprehensive 10- to 20-year warning system to alert governments about threatening asteroids. Ideally, 10 to 20 years would give experts enough time to devise a plan to effectively and safely deflect an asteroid.

Currently, a NASA-funded warning system named Asteroid Terrestrial-impact Last Alert System (ATLAS) exists, but it only can provide a warning a few weeks or days in advance. In June, ATLAS played an important role in identifying asteroid 2018 LA. Still, that asteroid was spotted a mere eight hours before it largely disintegrated in the atmosphere in a ball of fire, while some shards made impact in Botswana. Fragments of it have since been found in Botswana's Central Kalahari Game Reserve.

It is an interesting field for Google to sink its talons into, but it is not unprecedented given their massive computing resources. Accordingly, Google is providing the B612 Foundation with unlimited computational capability, which will aid in modeling collisions and asteroid paths and determining which potential threats to focus on.

“When you're talking about modeling let's say 10,000 objects, and you have all of these different factors that our solar system factors in, you need that kind of computational capability to model those moving objects out over 10, 20, 40, 50, or 100 years,” Remy said.

Remy added it is easier to understand this concept when looking back at the evolution of weather forecasting.

“In the 1950s, around the world we had weather buoys that were in the ocean, and we had an airplane that would tell us maybe what wind speed was, and the buoy would tell us about the temperature of the water, but back then you only have those several points of data and you wouldn't necessarily be able to answer the question for the mayor of New Orleans, 'When do I evacuate?  When does that hurricane become a problem? When will it hit?'" she explained. “Over time, because of computational capabilities and and mathematical capabilities, we can now predict with some level of certainty of when and where and in which way a hurricane might move through New Orleans.”

This is where we are in terms of asteroids. Indeed, astronomy advancements over the last several years — including new telescopes and relevant missions, like the Japanese Space Agency's probe currently exploring the Ryugu asteroid — are preparing the world for a deeper understanding of asteroids.

“We are kind of in a similar place in the sense that we have this limited amount of data right now about asteroids,” Remy added. “We need more asteroid data and we also need to understand how those asteroids and the rest of solar system interact with each other in order to build predictive models and mission planning tools.”

“What we're trying to do right now simply wasn't possible five years ago because we didn't have the cloud-based computational capabilities,” she added.

John Carrico, an Institute Astrodynamicist at B612, explained to Salon how these new computational capabilities have enabled scientists on the project to understand which kinds of asteroids can and cannot be identified and mapped with certain telescopes. The cloud, Carrico explained, allows this to happen at a very fast pace — as opposed to using the limited computational capabilities of a single PC.

Ultimately, their results will inform the world's space agencies as to which types of telescopes to put where to better predict threatening asteroids.

“Basically, we have only found the big asteroids so far because they are easier to see with a telescope,” Carrico explained. “We need more powerful telescopes to see the little ones [...] There are possibly tens or hundreds or thousands of asteroids out there, and we don’t know where they are, but they could wipe out a city or create a tsunami,” he added.

Carrico said that it probably won’t be until 2030 that researchers are able to find all asteroids with the help of the Large Synoptic Survey Telescope (LSST), a state-of-the-art telescope currently under construction in Chile. In terms of what happens after ADAM creates its mapping analysis is up to individual governments.

“As we get ADAM out there and more people running it, that will get people in other countries interested in looking at it too,” Carrico said.

2017 was a journey to infinity and beyond.