Trump stopped lashing out against his former White House staffer. Is that the result of her book's dwindling sales? 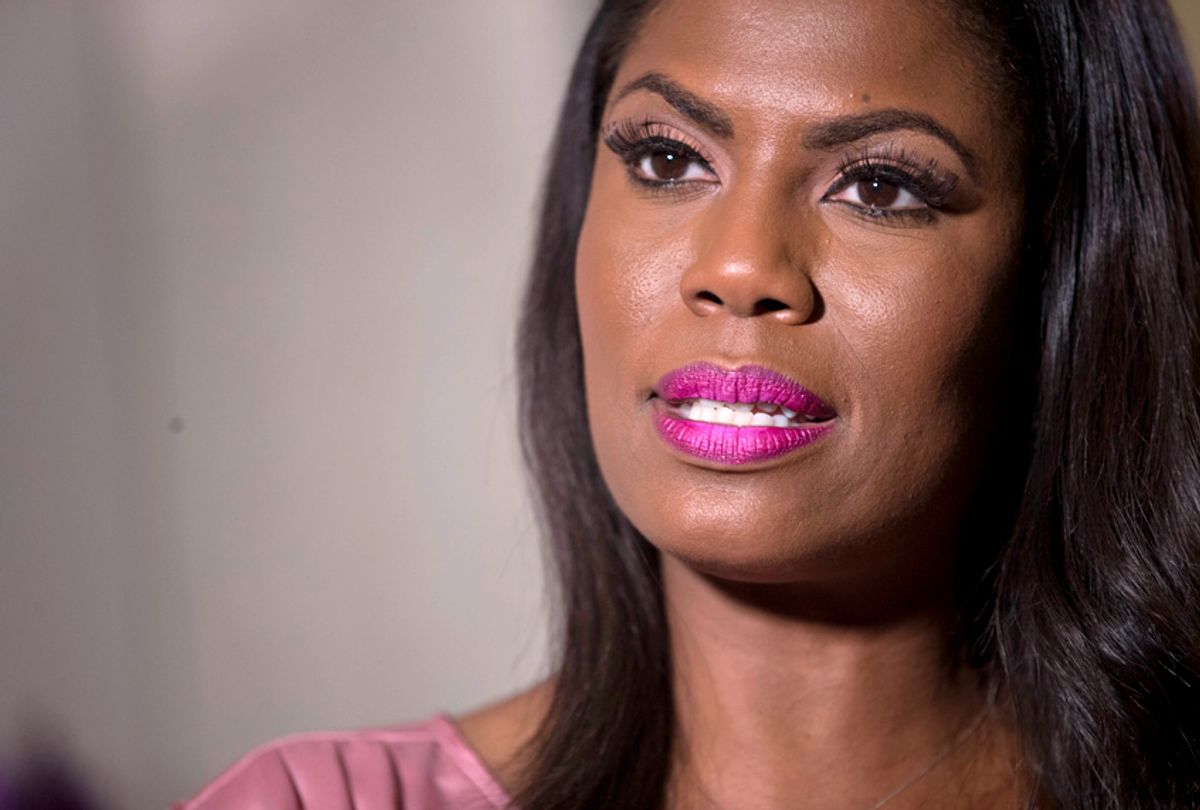 Hardcover sales fell by more than 40 percent in the book's second week, according to The Washington Post.

Omarosa's tell-all account of her time inside Trump's White House had a successful release on Aug. 14, in part due to criticism from the president, whose Twitter attacks on the former White House aide kept her in the news for days.

Even Trump's favorite morning show "Fox & Friends" criticized his reaction to Omarosa's tell-all memoir, claiming that the president had helped his former protégé — now arch-nemesis — cash in on a big pay day as he lashed out publicly.

In a rare rebuke, "Fox & Friends" co-host Brian Kilmeade conceded that the former "Apprentice" star turned West Wing staffer had "outsmarted" the president. "She has come out with a series of tapes," he said, "and in many ways, seems to have outsmarted the president, who has taken the bait and gone out and tweeted directly after her."

In a media blitz promoting her new tell-all memoir about her time inside the White House, Omarosa alleged that she observed the "mental decline" of her former boss on reality TV and in Washington, that Trump is "actually a racist" and has uttered the "N-word" and other slurs and that the president wants to start a race war. She even shared a tape of White House Chief of Staff John Kelly firing her and private conversations she had with Trump.

Trump strongly rebuffed the legitimacy of Omarosa's claims. In the first week of the book's publication, the commander-in-chief publicly lashed out against the former executive branch aid by calling her a "crazed, crying lowlife" and a "dog." Inadvertently, the president's fiery remarks helped Omarosa sell more than 33,000 copies in hardback of "Unhinged" in its first week, The Washington Post reported.

It seems that Trump has bigger fish to fry this week: White House counsel Don McGahn will depart the West Wing this fall; the Senate will soon begin the confirmation process for the president's Supreme Court nominee, Judge Brett Kavanaugh; and his former longtime lawyer Michael Cohen and ex-campaign manager Paul Manafort were recently convicted of federal crimes. Trump's decision to lay off the Omarosa offensive has, as a result, left the former White House aide scrambling to attract the same level of media attention.

Omarosa's recent much-hyped revelations have failed to deliver the kind of "high drama" Trump has said she "always promises." Her most recent appearance on MSNBC seemed more like a ratings ploy by the network, who touted ahead of her appearance that she had "brought the receipts." Leading media critics seemingly thought so as well. "Omarosa fizzled," New York Times media correspondent Michael Grynbaum tweeted. "Methinks Omarosa doesn’t have any juicy tapes or videos," reporter Yashar Ali added.

Ron Charles, The Washington Post's book critic, seems to believe that Omarosa's book will "have a hard time finding additional readers. "Strip-mined of its most salacious details by news reports, the book may have a hard time finding additional readers," he wrote in the paper. "Second-week sales frequently drop dramatically, as most authors and publishers have trouble maintaining the level of publicity that a newsworthy debut receives."

Still, he added: "'Unhinged' will still place high on the bestseller list this week, but only because of a lack of fresh competitors. When the fall publishing season begins after Labor Day, a number of new titles should begin to dominate the list, and 'Unhinged' will probably join that large body of flash-in-the-pan political memoirs."

Omarosa had been dismissed from her post as director of communications at the White House Office of Public Liaison in December after less than a year on the job. Multiple news outlets reported at the time that the former Trump administration staffer had been physically escorted off White House grounds after she tried to storm Trump's residence in response to hearing she had been fired. In recent weeks, the White House has sought to dismiss her as a "disgruntled" former employee.