Yes, Donald Trump suggested that members of Barack Obama's administration should be jailed for centuries 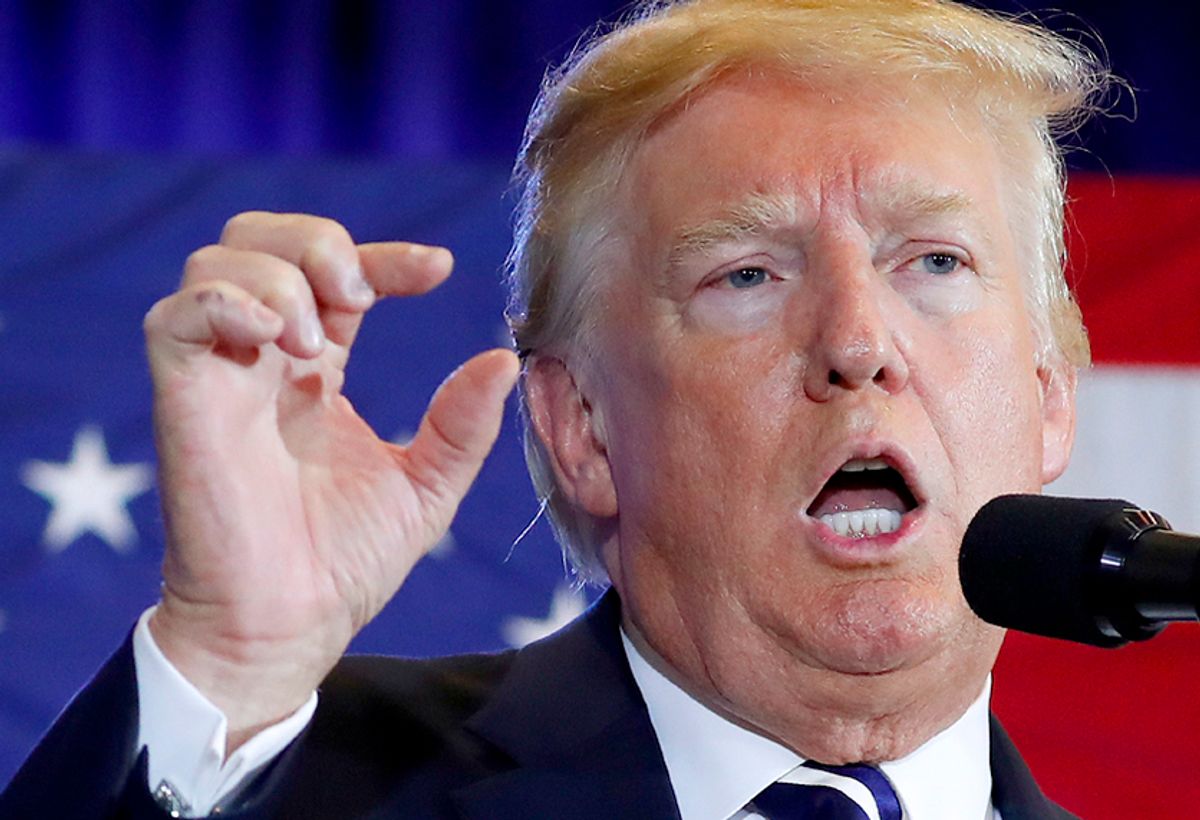 It is a well-known fact. In the year following President Donald Trump's admission on camera that he had fired former FBI Director James Comey over the Russia probe, the commander in chief only conducted televised interviews with members of the conservative media – not journalists of the same reputation as "NBC Nightly News" anchor Lester Holt.

While Trump's latest interview has surfaced in print, it was again given to a right-wing outlet: the Daily Caller. Why was the conspiracy-theory laden publication invited into the Oval Office versus an unbiased news source? Perhaps it was a guarantee that a website co-founded by Tucker Carlson would offer as friendly an interview as Carlson's Fox News colleagues regularly do.

But there is also another potential puzzle piece that should not go unnoticed: The Daily Caller has a white nationalist problem. Jason Kessler, an organizer of last year's "Unite the Right" rally in Charlottesville, formerly contributed to the publication. And the president has frequently been accused of sympathizing with white nationalists after that deadly event, placing "blame on both sides."

Here are eight of the most outrageous and (unchallenged) claims Trump made to the Daily Caller:

1. While dishing out superlatives to Sen. Orrin Hatch for taking on protesters at the confirmation hearings for Supreme Court nominee Brett Kavanaugh, Trump suggested that protesting should be illegal.

I don’t know why they don’t take care of a situation like that. I think it’s embarrassing for the country to allow protestors. You don’t even know what side the protestors are on.

2. Trump suggested that members of former President Obama's administration should be jailed for centuries for allegedly "surveilling" his 2016 campaign. (As in the past, the president did not offer evidence to support his claim of wiretapping.)

3. Without evidence, Trump also levied accusations that social media companies themselves attempted to interfere in the 2016 and 2018 election cycles. (Here, the Daily Caller mistakenly called this year's midterms the 2018 presidential election – twice. Was this is an admission by the conservative outlet that the president himself is, in effect, on the ballot this fall?)

Maybe I did a better job because I’m good with the Twitter and I’m good at social media, but the truth is they were all on Hillary Clinton’s side, and if you look at what was going on with Facebook and with Google and all of it, they were very much on her side.

4. Trump alleges that Pulitzer Prize-winning journalist Bob Woodward, whose reporting for the Washington Post led to the resignation of former President Richard Nixon, has "credibility problems." (Trump made 4,229 false or misleading claims in his first 558 days in office, according to Washington Post fact-checkers.)

It’s just another bad book. He’s had a lot of credibility problems. I probably would have preferred to speak to him, but maybe not. I think it probably wouldn’t have made a difference in the book. He wanted to write the book a certain way.

5. Trump claimed that special counsel Robert Mueller himself is "conflicted" about the "illegal" probe he is leading into alleged Russia collusion.

6. The president continued his attacks on NBC News anchor Chuck Todd, alleging without evidence that the entire booking strategy of "Meet the Press" is anti-Trump. (Todd frequently invites guests of both political stripes on his show.)

He’s sleepy eyes Chuck Todd, he covers me very dishonestly, I mean you watch his show, it’s like he gets angry at people if they say I’ve done a good job. And they won’t appear on the show again.

7. Trump blamed the media for the criticism he received for his Helsinki summit with Russian President Vladimir Putin, which ended with a love-fest press conference.

We had a great meeting and then I guess [the media] wanted me to get into a boxing match with him on the podium. It’s the craziest thing I’ve ever seen.