"Crucifixion was an important event, because it was designed to establish a wall between justice and mob rule" 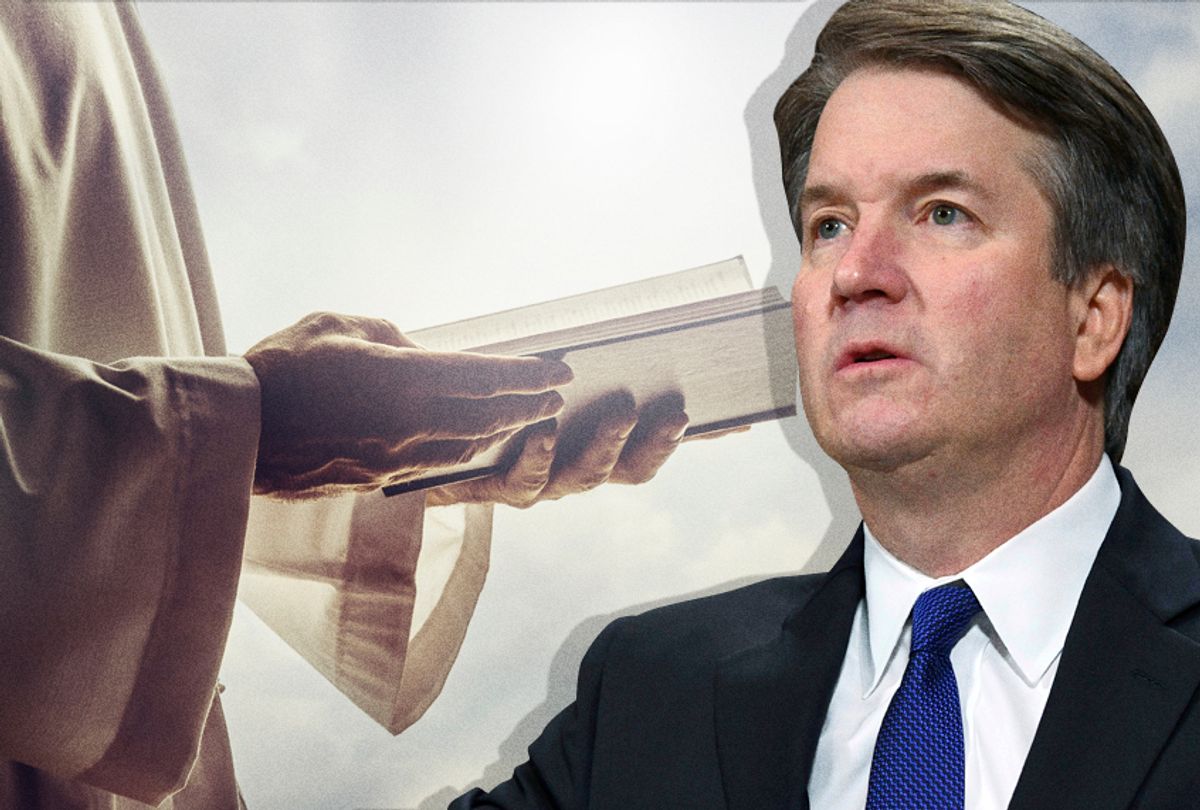 If one thing is certain, Brett Kavanaugh has become a rallying cry for the Republican Party. As proof, the results of a new NPR/PBS NewsHour/Marist poll published Thursday show that the GOP has narrowed the 10-point enthusiasm advantage held by Democrats to a statistical tie in the wake of his controversial confirmation hearings.

"Whether you’re a Trump Republican, a Bush Republican, a McCain Republican, a libertarian or a vegetarian, you’re pissed," Sen. Lindsay Graham, R-N.C., claimed at The Atlantic Festival this week. "I’ve never seen the Republican Party so unified as I do right now. The defining issue in 2018 has changed. It’s about this . . . This cannot be the new normal."

Fox News has even elevated President Donald Trump's Supreme Court nominee to the status of martyr, comparing his confirmation proceedings to the crucifixion of Jesus Christ.

"We know politics is poison," co-host Greg Gutfeld said on Thursday's edition of "The Five." "And I am an agnostic when it comes to religion, but I know one thing in my 12 years of Catholic Church...Crucifixion was an important event because it was designed to establish a wall between justice and mob rule."

"He got there. He died for everybody's sins," Gutfeld continued. "What the Democrats have tried to do is tear down the wall between justice and mob rule," the Fox News host added. "They decided to crucify someone once again. That's what's wrong."

Gutfeld's comments come one day after his co-host Jeanine Pirro slammed one of Kavanaugh's accusers by claiming that "every woman in America who has been a victim of sexual assault remembers more" than Dr. Christine Blasey Ford.

"I know. I did this for 30 years," Pirro asserted on Wednesday. "I've prosecuted rape cases."

As if in a courtroom, she continued to gnaw away at Ford's testimony before the Senate Judiciary Committee. According to Pirro, Ford's inability to remember some of the details about an attempted rape that allegedly occurred in the 1980s deems her not credible.

Collins said Wednesday that the FBI's report on the allegations raised by Ford appeared to show the results of "a very thorough investigation." "We've seen no additional corroborating information," Flake added. The pair's comments suggest a willingness to vote along party lines.

With a slim 51-49 majority in the Senate, the GOP can only afford to lose one vote given the tie-breaking power of Vice President Mike Pence. Whether the results of that vote become a deciding factor in the results of November's midterm elections remains to be seen.