Every House seat in Orange County, once the home of the conservative movement, will now be held by a Democrat 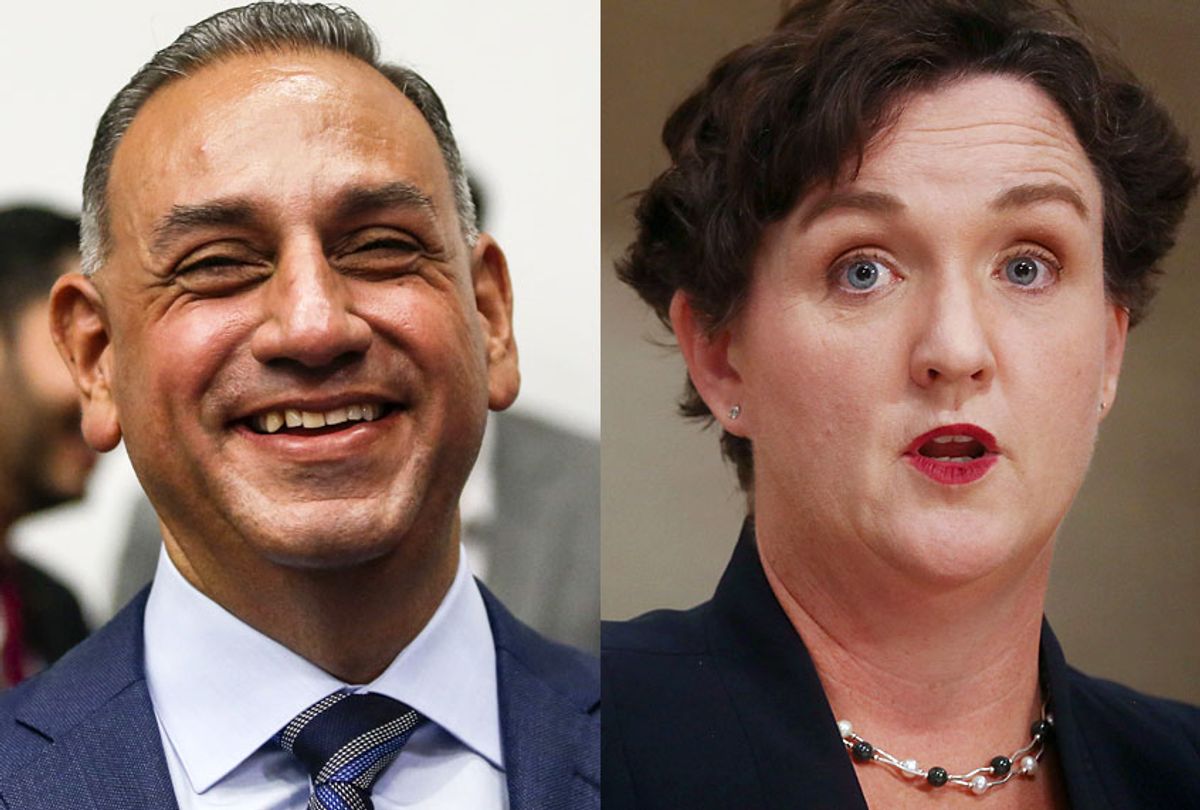 Orange County, California, long one of the biggest Republican strongholds in the country, is expected to have zero Republicans representing it in Congress next year.

Democrat Katie Porter officially defeated incumbent Republican Rep. Mimi Walters in California's 45th congressional district on Thursday, and Democrat Gil Cisneros has taken nearly a 1,000-vote lead over Republican Young Kim in the last uncalled California race, in the state's 39th district. If Cisneros' lead holds – and most observers expect it to grow – Orange County will have zero Republican representatives. Before this year's midterms, the GOP held four of the six House seats that are entirely or partly in the county.

Porter was declared the winner over Walters after taking a 6,000-vote lead. Earlier, Democrat Harley Rouda ousted 15-term incumbent Republican Dana Rohrabacher in the state's 48th district and Democrat Mike Levin defeated Republican Diane Harkey to win the seat vacated by retiring Rep. Darrell Issa, who had been in Congress since 2001.

Republicans had carried Orange County in every presidential race going back to 1936 until the district backed Hillary Clinton by 8 percentage points in 2016. Weeks before the midterms, Orange County Republican Party chair Fred Whitaker boldly declared to the Toronto Star that Democrats were “not going to win a single one” of the county's seats.

The Cook Political Report's Dave Wasserman projected that Cisneros is “on track to complete the Dems' wipeout of GOP in Orange County,” adding that it now seemed "virtually certain" that the county long known as the birthplace of the modern conservative movement and Richard Nixon's political base "will be represented by zero Republicans in Congress in 2019.”

Many have pointed to the Republican tax bill, which hit Orange County hard by limiting state and local tax deductions, as a key reason for the Republican wipeout. According to the Orange County Register, the average taxpayer saw a 45 percent tax increase as a result of the cap.

The tax bill was also a key issue in New Jersey, where just one of the state's 12 congressional seats will be held by a Republican. Earlier this week, Republican Rep. Tom MacArthur, one of the architects of the Republican Obamacare repeal effort and the only New Jersey Republican to back the tax bill, lost his seat to former Obama national security adviser Andy Kim. Across the river in New York City, another Republican was defeated: Rep. Dan Donovan, the former Staten Island prosecutor who declined to charge the police officer who killed Eric Garner in 2014. With Donovan's unexpected loss to Democrat Max Rose, the largest city in the country has zero Republican representatives.

Democrats completed another regional wipeout Thursday, winning the House seat in Maine's 2nd congressional district, in the first federal race decided by ranked-choice voting. With Jared Golden's defeat of incumbent Rep. Bruce Poliquin, there will be no Republicans representing New England in the House next year. The only Republican member of Congress who still has a job in the region is Sen. Susan Collins, who will face re-election in 2020 after drawing severe backlash for her vote to confirm Supreme Court Justice Brett Kavanaugh, as well as her vote for the Republican tax cuts.

On Thursday, Collins drew more heat from Democrats when she refused to join retiring Sen. Jeff Flake of Arizona in opposing any of President Trump's judicial nominees unless the Senate votes on a bill to protect special counsel Robert Mueller.