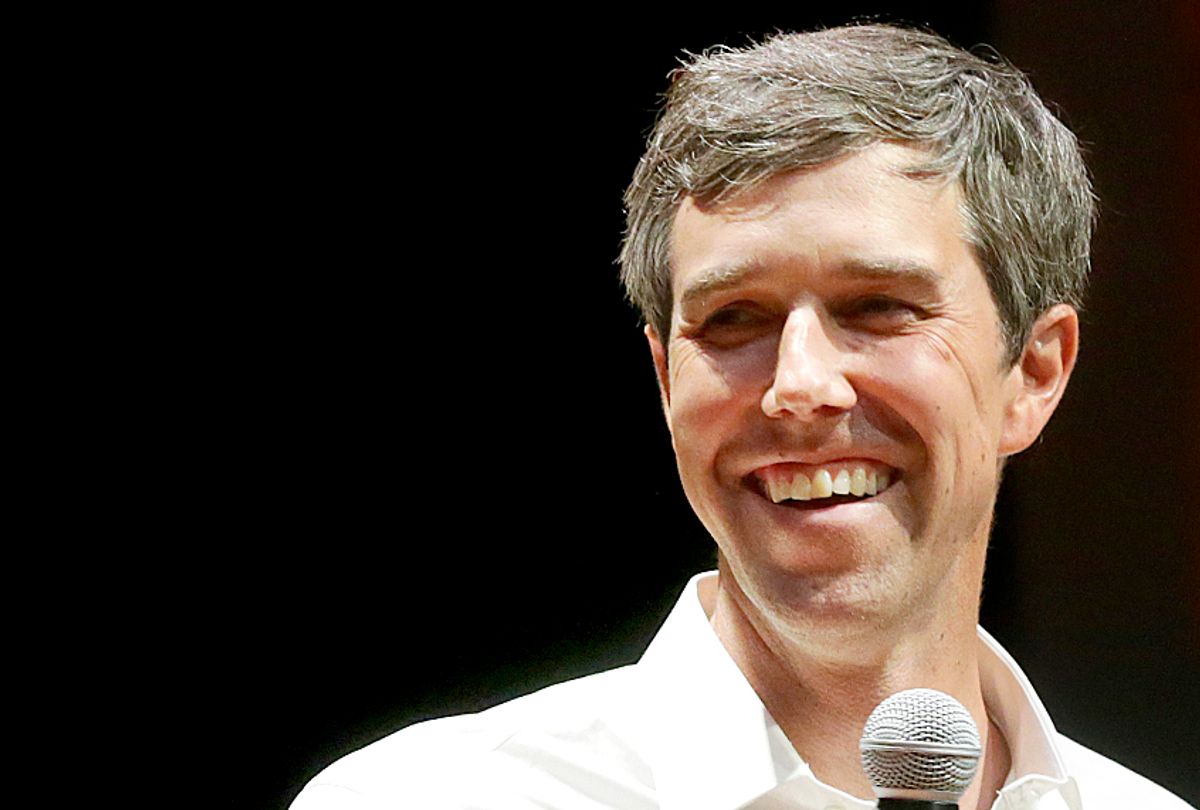 There have been not-so-subtle hints that Rep. Beto O'Rourke (D-Texas) is becoming more serious by the day about forging a White House bid to challenge President Donald Trump in 2020.

The outgoing lawmaker, who fell short in his campaign against Republican Sen. Ted Cruz in the Texas Senate race during the 2018 midterm election cycle, has reportedly met with former President Barack Obama at his post-presidency offices in Washington, DC,  according to the Washington Post.

The meeting took place on Nov. 16, the Post reports, amid pressure from Obama aides eager for O'Rourke to seize on his high political stock and fundraising prowess following his nationally-watched campaign against Cruz. O'Rourke raised a staggering $38 million in the third quarter of his Senate campaign — the most of any Senate candidate in history — and his closer-than-expected performance to Cruz last month, as well as his post-election missives, have fueled interest from Democratic donors and the highest levels of the Democratic Party that the right candidate could turn the reddest states blue.

Although O'Rourke said during his Senate campaign that he did not have Oval Office aspirations, he admitted at a town hall in El Paso last week that his position had changed from what he said on the campaign trail and that he and his wife had "made a decision not to rule anything out."  By signaling that he is even open to throwing his hat in the ring for 2020, however, O'Rourke has continued to generate buzz and speculation in the sprawling field of prospective Democratic candidates for 2020.

Obama, speaking to his former White House adviser David Axelrod on his podcast last month, called O'Rourke "an impressive young man who ran a terrific race in Texas" and drew comparisons between O'Rourke and himself.

If O'Rourke were to accept Obama's help in launching a presidential campaign, it would certainly shift their political relationship. Although Obama had offered several times to help O'Rourke's campaign against Cruz, the Texas congressman said he was "not interested" in an endorsement from the former president because "this [election] is on Texas."

O'Rourke is just one of many names being floated as a potential challenger to Trump in what is expected to be a very crowded Democratic field in 2020. Should O'Rourke decide to run, he would likely face competition for the Democratic nomination from Sens. Cory Booker (D-N.J.), Bernie Sanders (I-Va.), Kamala Harris (D-Calif.) and Elizabeth Warren (D-Mass.). Former Vice President Joe Biden has also hinted that he is weighing a White House bid, which the Post notes puts Obama "in the awkward situation of trying to ensure his party wins back the White House, but without weighing in too aggressively in a primary that could consist of his former vice president." In addition, Obama's former Secretary of State John Kerry recently alluded to mounting a presidential bid — and these names are far from the complete list.

According to a new Harvard CAPS/Harris poll released Tuesday, O'Rourke is one of the leading Democratic contenders for the 2020 presidential race. The survey found that the Texas lawmaker ranked third among Democratic voters' preferred nominee to deny Trump a second term, trailing behind Biden and Sanders.