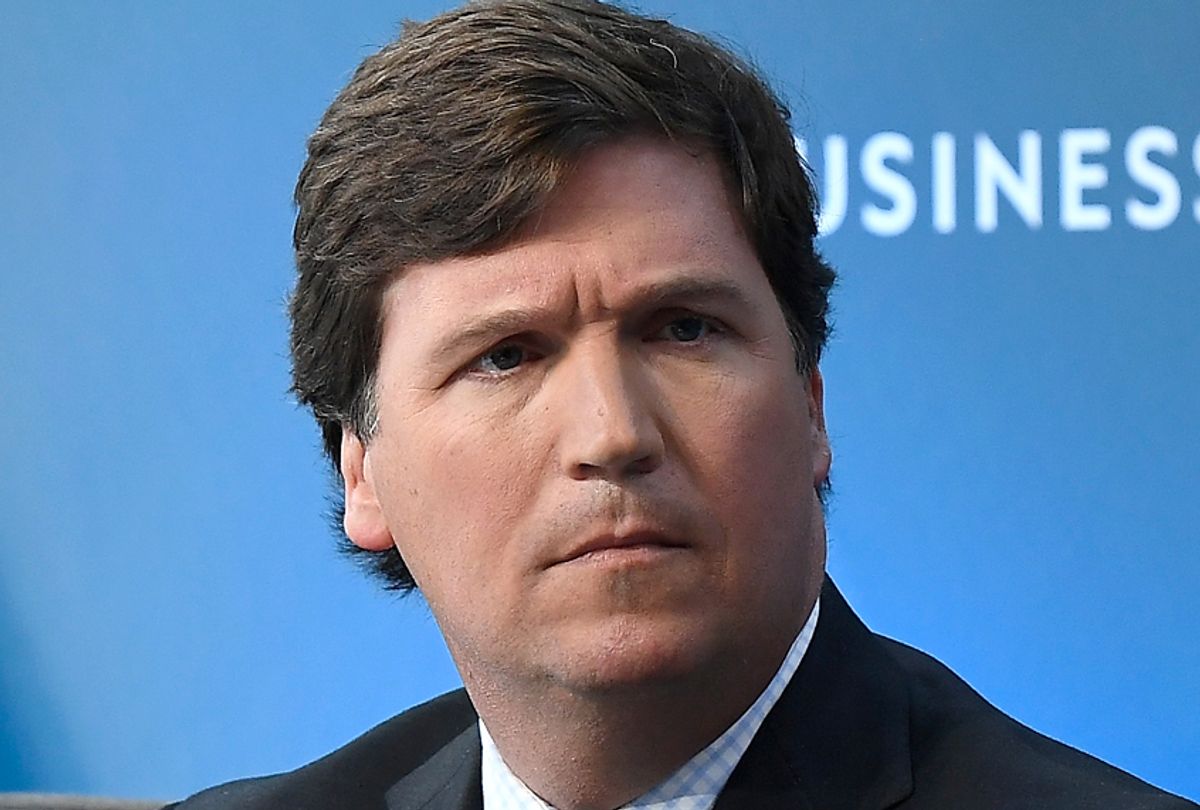 Fox News host Tucker Carlson has refused to walk back the controversial remarks he made last week about immigration — specifically, that immigration makes the U.S. "poorer and dirtier — which caused several companies to pull advertising from his show.

The "Tucker Carlson Tonight" host on Monday doubled down on his racist remarks from last week about the migrant caravan, claiming that liberal talking points were encouraging undocumented immigrants to flood into the country.

"It's true," Carlson told viewers. "The left says we have a moral obligation to admit the world's poor – even if it makes our own country more like Tijuana is now, which is to say poorer and dirtier and more divided."

He then referenced interviews he conducted with Tijuana delegate Genaro Lopez about the caravan of migrants traveling from Central America to the U.S. that President Donald Trump has labeled a "national emergency."

Carlson also criticized the companies like the jobs website Indeed and the insurance provider Pacific Life, which in recent days have yanked their ad dollars from his program.

In response to the backlash, Fox News issued a statement blaming liberals for suppressing free speech.

"It is a shame that left-wing advocacy groups, under the guise of being supposed ‘media watchdogs,’ weaponize social media against companies in an effort to stifle free speech,” the statement read. "We continue to stand by and work with our advertisers through these unfortunate and unnecessary distractions."

Fox News has faced a number of advertiser boycotts in recent years due to a controversy involving one of its hosts. Earlier this year, Laura Ingraham lost the support of well more than a dozen advertisers after she mocked David Hogg's reported rejections from several universities. Hogg is a survivor of the Parkland school shooting who helped spark a nationwide movement against gun violence. He responded to Ingraham's taunts by calling on advertisers to pull their commercials from her primetime show, "The Ingraham Angle."

In April 2017, former Fox News host Bill O'Reilly announced he would be taking an Easter vacation amid an advertiser boycott. He was later fired by the network over mounting allegations of sexual misconduct. That same month, O'Reilly protégé Jesse Watters abruptly announced he was taking time off after resounding backlash to his inappropriate comment about first daughter Ivanka Trump, which he claimed was not meant to be a sexual innuendo. It was Watters' first week in his new primetime slot.

After Sean Hannity supported embattled accused child molester Roy Moore in his campaign for U.S. Senate in November of last year, five companies removed their ads from his program, including Keurig. In defense of the news anchor, Hannity fans launched a boycott of the company, posting videos of themselves demolishing their machines on social media. Keurig's CEO later apologized, and Hannity urged his viewers to stop destroying their individual coffee makers.

For now, any potential impact of the advertiser withdrawal from Carlson's show remains unclear.