Ahead of 2020, have Democrats "moved on" from Bernie Sanders? 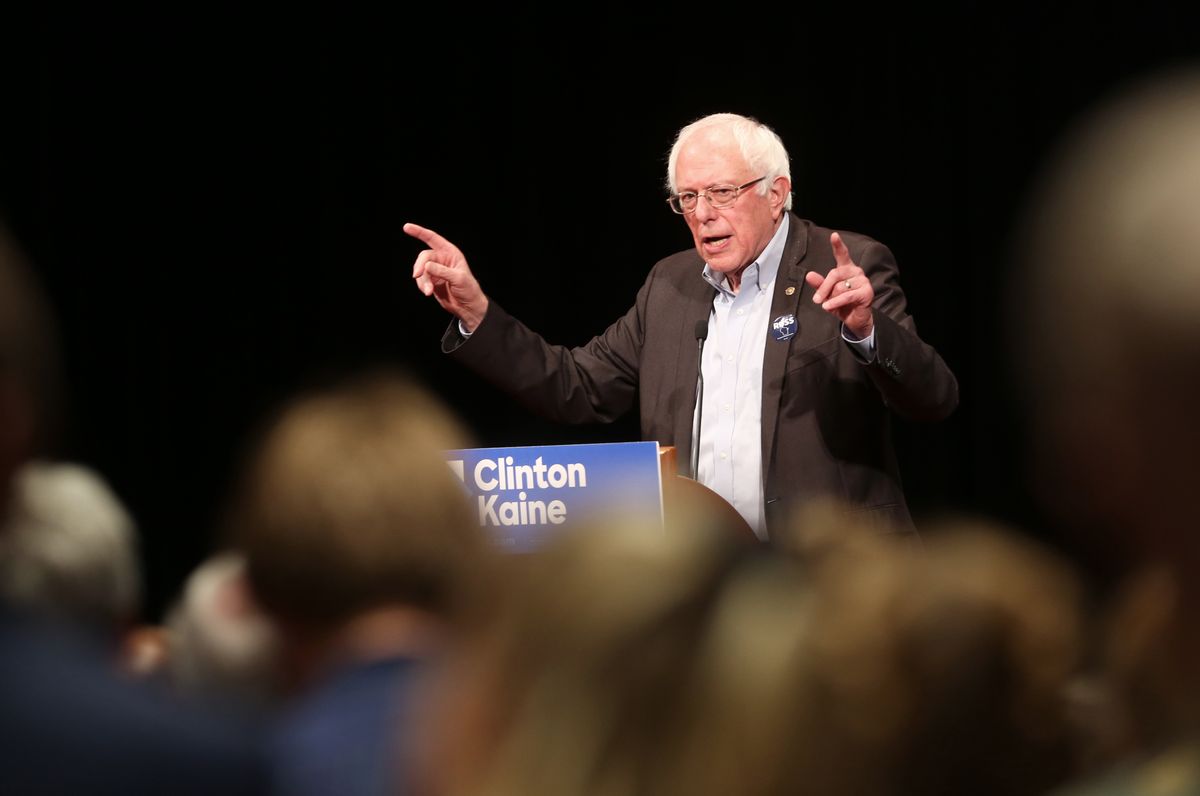 While there have been not-so-subtle hints that Senator Bernie Sanders of Vermont is becoming more serious by the day about forging a second White House bid to challenge President Donald Trump in 2020, some political observers — and even some of the lawmaker's own supporters — have suggested the Democratic Party "has moved beyond him personally," the Boston Globe reports.

"I don't see a lot of lasting energy for Bernie," Markos Moulitsas, the founder and publisher of Daily Kos, a popular liberal website, told the Globe. "It's different from last time when he was the alternative to an unfortunately flawed front-runner, and there were just two of them. Right now, the mantle of 'progressive' can be carried by any number of candidates and potential candidates," including fellow Sens. Cory Booker (D-N.J.), Kamala Harris (D-Calif.) and Elizabeth Warren (D-Mass.) — three outspoken liberal leaders who have embraced Sanders' call for "Medicare for All" and a $15 minimum wage, among other policy proposals that helped establish the Vermont independent as a national figurehead for socialist ideas. As the 2020 race begins, Moulitsas told the Globe, "people have mostly moved on" from Sanders.

Jonathan Tasini, a 2016 Sanders campaign surrogate who wrote the book "The Essential Bernie Sanders and His Vision for America," told the Globe, "I'm torn . . . because I was in the midst of the campaign with Bernie, but I think the people who look at that campaign need to understand the context is different."

"The danger for Bernie running as a candidate: If he loses in the nomination process, what does that do to his movement and the message he's delivering?" Tasini added. "I think there's a strong case to be argued that him running not as a candidate but leading a slate of progressives at every level will have a much more lasting impact on the country and the progressive movement."

Still, Sanders supporters hope that the hundreds of house parties they hosted in all 50 states and Puerto Rico this past weekend, arranged by a group called Organizing for Bernie, will convince Sanders that he is the best person to take on Trump in 2020. Our Revolution, the progressive organization born from Sanders' 2016 presidential campaign, sent an email to its members last week, urging them to sign a petition to send a message "loud and clear: Run, Bernie, Run!"

The efforts to rally support come amid reports in the New York Times and Politico covering allegations from women who claim they faced sexual harassment, sexism and pay disparity while working on Sanders' 2016 presidential campaign. Sanders offered an apology to the former staffers who have raised complaints of sexual harassment, calling the mistreatment "absolutely unacceptable." He plans to meet with former staffers on Wednesday to address the allegations and assure them of better treatment of women going forward, the Times reported.

Sanders has not formally announced his plan to run for president in 2020. Last month, his wife, Jane O'Meara Sanders, told the AP that one question above all others would steer her husband's decision to launch a bid for the Oval Office: "Who can beat Donald Trump?"

Additionally, Sanders teased the idea of running for president in a November interview with New York Magazine, in which he vowed to work his "ass off" to elect a candidate who would be able to deny Trump a second term. However, he said, "If it turns out that I am the best candidate to beat Donald Trump, then I will probably run."

However, following the complaints of sexual harassment and pay disparity from foreign campaign staffers, it is possible Sanders could rethink throwing his hat in the ring for 2020 — a move that was previously considered to be a foregone conclusion.