Bernie Sanders denies knowledge of alleged sexual harassment amid 2016 race: "I was a little busy"

While "proud" of his bid, Sanders admits accusations of mistreatment were not handled "as effectively as possible" 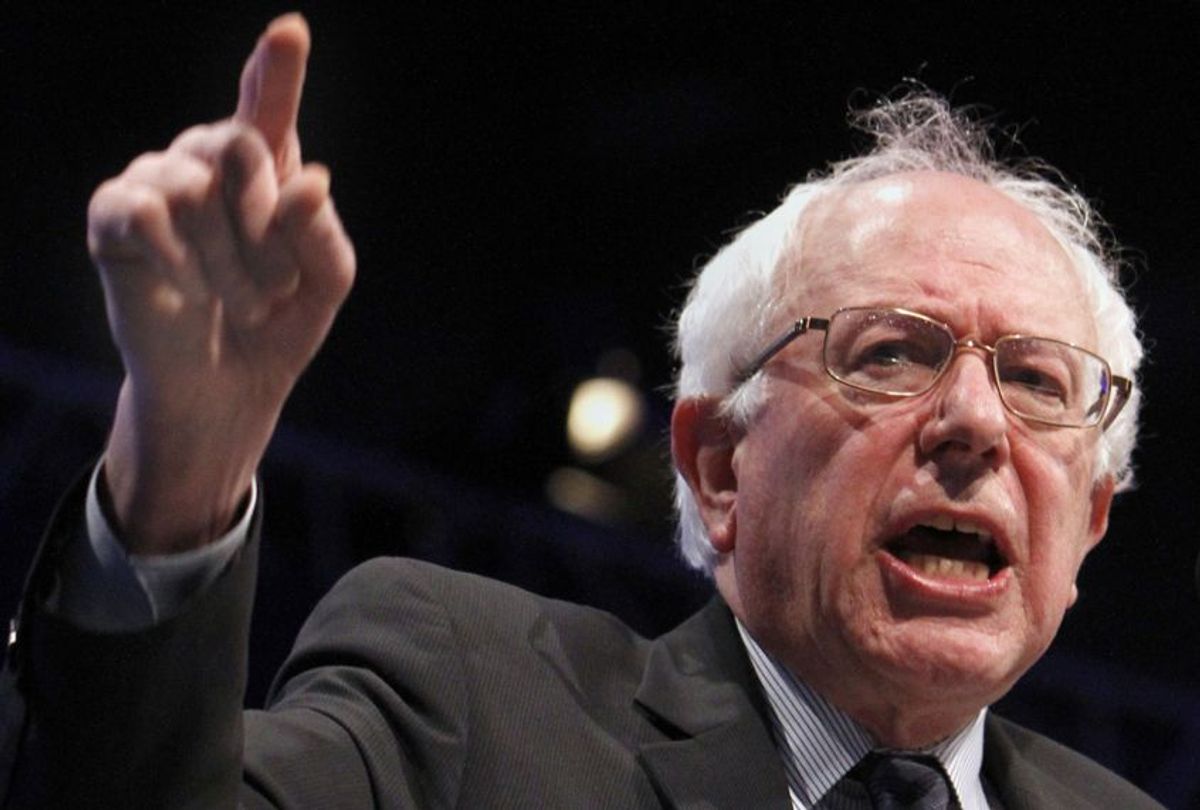 Sen. Bernie Sanders (I-VT), who is allegedly becoming more serious by the day about forging a second White House bid to challenge President Donald Trump in 2020, offered an apology to former women staffers from his 2016 presidential campaign who have in recent days raised complaints of sexual harassment.

"I certainly apologize to any woman who felt she was not treated appropriately," Sanders told CNN's Anderson Cooper Wednesday evening. "And, of course, if I run, we will do better the next time."

While he said he was "proud" of his campaign, Sanders admitted that allegations of mistreatment were "not dealt with as effectively as possible." At the same time, the senator maintained he only recently learned of the accusations, which he claims he was not aware of during the campaign. "I was a little busy running around the country, trying to make the case" for the election, Sanders said, attributing any missteps with staff to his campaign's overwhelming growth and momentum.

Sanders' apology comes after former staffers told the New York Times in a story published Wednesday that they had experienced "sexual harassment and demeaning treatment, as well as pay disparity" problems — and that there was no one to turn to for help. They claimed that, when they detailed those concerns to campaign superiors, they were sometimes ignored, and in one case, laughed off. Female staffers also claimed they were paid significantly less than their male counterparts or subordinates. One woman told the Times she made $2,400 a month, but that a younger man who was supposed to work under her made more than double that amount.

Two delegates who supported Sanders in 2016 recently told his staff he could not throw his hat in the ring for 2020 without addressing the sexism they believe thrived during his last campaign, according to the Times.  Sanders has not formally announced his decision to throw his hat in the ring for 2020, but last month, as celebrity supporters, former campaign staff and progressive policy leaders gathered at the Sanders Institute, "some spoke openly about a 2020 White House bid as if it was almost a foregone conclusion," the AP reported.

Sanders is just one of many names being floated as a potential challenger to Trump in what is expected to be a very crowded Democratic field in 2020 that features a heap of ambitious progressive leaders — and fewer of the so-called "establishment" kind like 2016 nominee Hillary Clinton. Should Sanders decide to run, he would likely face competition for the Democratic nomination against fellow Sens. Cory Booker (D-N.J.), Kamala Harris (D-Calif.) and Elizabeth Warren (D-Mass.) — three outspoken liberal leaders who have embraced Sanders' call for "Medicare for All" and a $15 minimum wage, among other policy proposals that helped establish the Vermont independent as a national figurehead for Democratic socialism.

Former Vice President Joe Biden and former Rep. Beto O'Rourke, who fell short in his campaign against Republican Ted Cruz in the Texas Senate race in the 2018 midterm election cycle, have also hinted that they are weighing a White House bid. Moreover, John Kerry recently alluded to mounting  presidential bid — and these names far from the complete list.

Sanders' wife, Jane O'Meara Sanders, told the AP last month that one question above all others would steer her husband's decision to launch a bid for the Oval Office: "Who can beat Donald Trump?"

Sanders teased the idea of running for president in a November interview with New York Magazine, in which he vowed to work his "ass off" to elect a candidate who would be able to deny Trump a second term. However, he said, "If it turns out that I am the best candidate to beat Donald Trump, then I will probably run."

Most recently, a straw poll from the progressive group MoveOn.org revealed O'Rourke as the leading Democratic contender for the 2020 presidential race, with 15.6 percent of responders supporting his candidacy. He was followed by Biden with 14.9 percent, Sanders with 13.1 percent, Harris with 10.0 percent and Warren with 6.4 percent.