Where to invest: "Black Monday," "Suits" or Snoop Dogg's "The Joker's Wild"?

Money, money, money! Who has it? Time is the real wealth, and between these three shows, here's the best spend 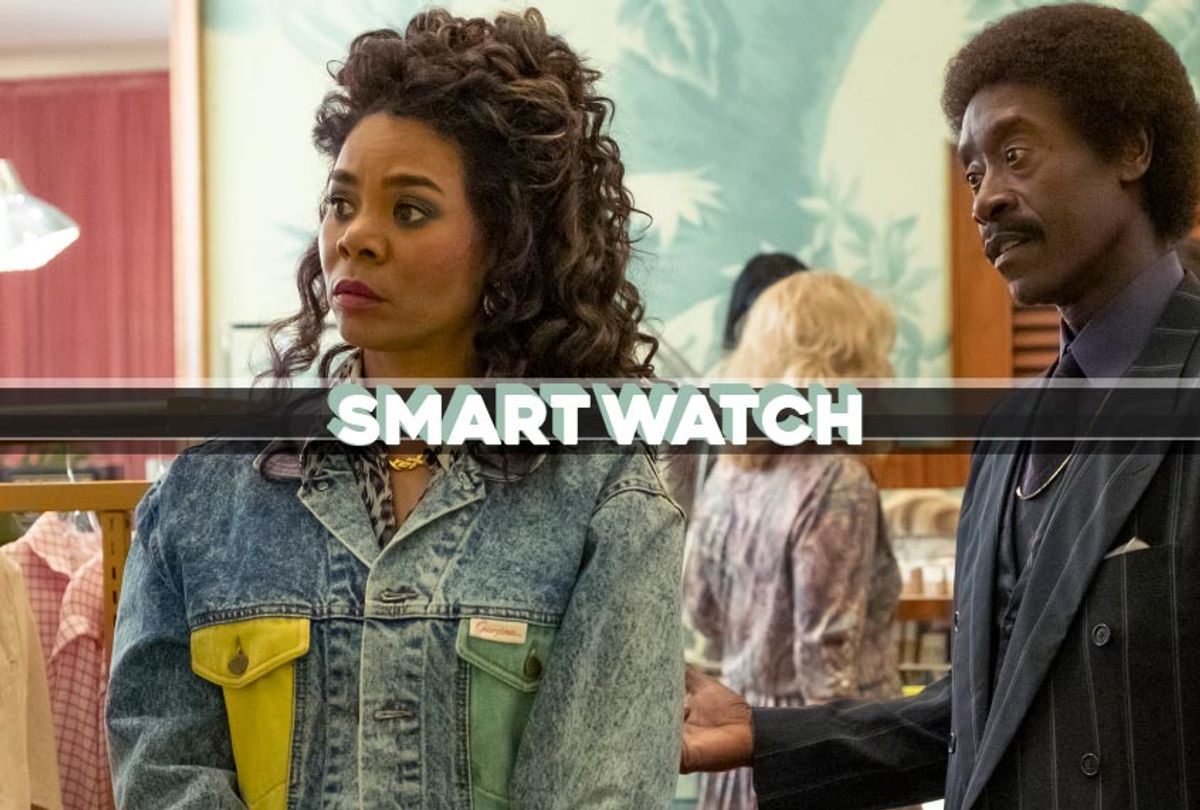 Our current obsession with all things 1980s has as much to do with the age group of the people in charge of making TV series as the time frame’s ostentatious materialism, when Wall Street brokers sucked up money like sponges and sold the image of wealth as something desirable, elite, that only the best deserve.

Being catered to that way is flattering. Everybody wanted a life like that, and still wants it, even if today the haphazard wheeling and dealing that drove the stock market off a cliff in 1987 is a luxury from which fewer people that ever will ever benefit. But it had a great beat, and when those memory notes are well played, they create bridges between parents and children.

When a throwback doesn’t work, for whatever reason, is misfire reminds us of how trite the entire era seems in retrospect. This is what Showtime’s “Black Monday” will net you. Instead of thrilling us with a boisterous dance through the financial sector’s history, experiencing a single half hour might make you feel all your years slamming down on you, and with the force of a body dropped from several stories up onto the roof of a Lamborghini limo.

That’s how the series opens, with someone having tossed himself out of a window on that darkest of days in Wall Street history, October 19, 1987. According to the series’ mythology, nobody knows what caused the crash that slammed the economy to a halt “—until now.”

The sell of “Black Monday” is in its star power, with Evan Goldberg and Seth Rogen ( who also brought us “Preacher”) as executive producers and Don Cheadle as Maurice “Mo” Monroe, the cocaine-celebrating leader of a trading firm known as The Jammer Group, Andrew Rannells as hapless newbie Blair Pfaff and Regina Hall, doing the absolute best with what she’s been handed, as Dawn, the top performer of Mo’s team of unscrupulous traders.

A solid tease merely brings a person in the door. The obligation to keep us interested in Mo and the gang falls to its showrunners David Caspe and Jordan Cahan — and Goldberg and Rogen, to a certain degree, since they co-directed the pilot. And the writing is where the series falls down almost immediately.

Maybe part of the problem is that Cheadle’s performance in “House of Lies” is so smooth and convincing that watching him strain to make Mo, dubbed “The Billy Ocean of Trading” in a newspaper write-up, larger than life becomes exhausting to watch barely a few minutes into the first episode. With Rannells battling to wring maximum comedy out every moment on top of this, the overwhelming urgency of the comedy’s synthetic energy becomes to much to take, way too quickly.

“Happy Endings” fans may be disappointed to hear this, given Caspe’s involvement in that underappreciated series. The buoyant humor that made that show work doesn’t manifest in “Black Monday” with the same ease and sparkle. Quite the opposite — the writing and its delivery come off as so consciously choreographed that the first few episodes feel like an earnest off-Broadway production put on by high school thespians.

But a share of what ails this series from the get-go is its frenzied emphasis on Mo’s unregulated libertine lifestyle, amorality and his quest to break new records in the realm of excess. Not that we have a problem with that — amoral, soul-deficient money hoarders can be absolutely hilarious, if we also believe that they have there’s a mote of humanity lurking beneath all that unchecked id.

The three episodes provided for review never genuinely and plausibly provide a reason why we’d want to find out what happens to Mo and his band of financial raiders, or Rannells for that matter.

In a just world Regina Hall’s character would get her own series to play with, but “Black Monday” reminds us that no such world exists — not 30 years ago, and certainly not in 2019.  This a comedy you’ll want to escape from instead of to, it pains me to say.

Anyway, if watching the wealthy and powerful screw over one another is your bag, “Suits” has perfected that over eight seasons, though it must be said that the departure of Patrick J. Adams and Meghan Markle took a piece of its heart with it.

“Suits” obviously has many, many fans — it’s a smart, soapy legal series that’s more concerned with the interpersonal drama than with the intricacies of the actual cases. The writing presents that side competently, but that’s not why people obsess over this show. It’s all about the killer looks.

As the back half of season eight begins, “Suits” maintains its swagger while feeling a little chillier than it used to. Maybe this steams from missing what Adams’ Mike Ross brought to the original bromance. Mike was the prince to Gabriel Macht’s Harvey Specter, a fiercely successful lawyer who loves being king and will strike down all challengers. With Mike and Markle’s Rachel having exited, along with Gina Torres’ Jessica Pearson heading for a spinoff, the producers shook up the show’s chemistry by bringing in Katherine Heigl and elevating guest stars Amanda Schull and Dulé Hill.

And if you’ve never watched “Suits” before . . . well. I can’t say you’re missing much of anything substantial, save for superbly formulaic walk-and-talk banter and a few masterful lessons for the ladies on “How to Be Taken Seriously By Stalking Away Confidently From a Man Who Knows He Can’t Hire Anyone Better Than You.”  Which surely has worked in actual interviews conducted in real life!

The other main reason to watch “Suits” is in the title. Its fashion game is top-notch — we’re talking “Mad Men”–level haberdashery and tailoring. Between the cocked eyebrows, flexing jaw-muscles, endless smolder and unnaturally glistening coifs this series is a call to up your style game, if playing to win is on your docket for the coming year.

Staying so serious takes a lot of work. Why bother? Easy money is the modern American dream, blessed and branded by Snoop Dogg in his resurrection of a game show that dulled the minds of any kid who stayed home sick in the ‘70s and ‘80s.

“The Joker’s Wild” is one of many games mixing spinning wheels of luck with trivia. Only on Snoop’s watch, the knowledge tests are delivered by celebrities, many of them known stoners. Some challenges have less to do with a contestant’s grasp of general knowledge than that specific to the host. Some involve pure guesswork, or psychic ability, which nobody has although it’s fun to watch them try.

Winners are awarded or teased with broad fans or fat stacks of cash. Dollar bills fly around “The Joker’s Wild,” giving episodes the air of an extended scene from one of the rapper’s videos, replacing blunt smoke with what seems to be a juice-based cocktail. (We cannot confirm whether gin is involved.)

I was utterly stunned by how addictive Snoop Dogg’s presence as a game show host can be, although I shouldn’t have been; he won over viewers by pairing with Martha Stewart for one of the weirdest talk variety shows that’s aired in recent years.

Strained through his sensibility, “The Joker’s Wild” is pure, “let’s turn off our brains at the end of the workday” escapism, largely owing to Snoop’s easy demeanor and his demonstrative empathy with his contestants. His act is a put on, part of his “everybody’s welcome to the party” vibe, but that lifted feeling is undeniable when a person who really could use a windfall gets one.

Even those who come up short don’t leave the viewer in sorrow, making this nightcap a safer mid-week investment than most of what’s on offer.