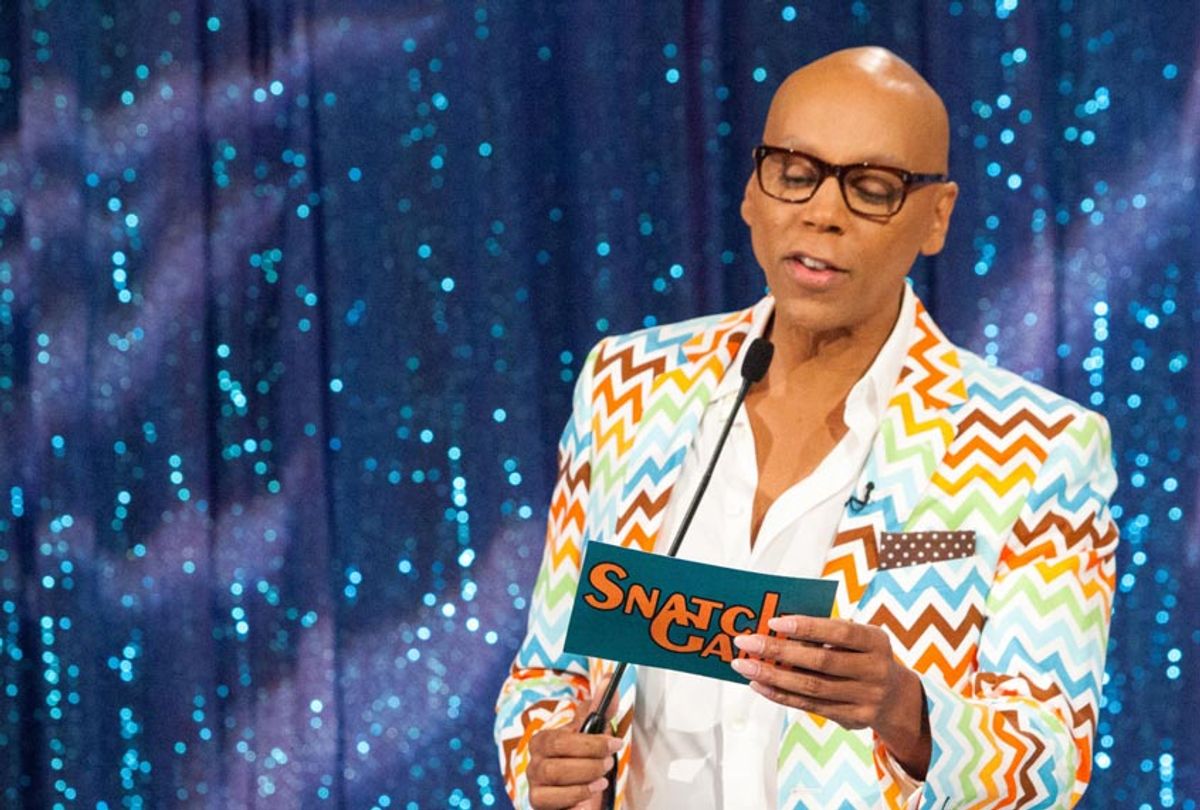 Typically when FX CEO John Landgraf presents data at the Television Critics Association Press Tour, the effect is to floor us, as he did when he initiated his semi-annual Peak TV calculations several years ago. On Monday, however, Landgraf’s appearance was interpreted as a mission of shade-throwing. The target? Netflix.

In terms of critical acclaim and coverage FX has little to be concerned with. At the network’s executive press conference, which took place in Pasadena, Landgraf pointed out how well FX performed on critics’ year-end list in comparison to HBO and Netflix, efficiently and without bluster. He also corrected the tally of scripted television series premiering original episodes in the US in 2018 to an estimated 496, a 2 percent increase over 2017’s 487, according to FX’s research department.

These numbers used to frighten journalists who cover television, but that was years ago; now we just shake our heads in resignation.

Then Landgraf came to the subject of Netflix’s recently reported audience numbers, data it has held close to the vest since it first began streaming. The service first went public with claims that more than 45 million accounts viewed the Sandra Bullock film “Bird Box,” within its first week of availability on the platform, with a “view” counting as having watched at least 70 percent of the movie.

That number drop happened during the recent holiday, by the way, traditionally a soft ratings time for networks and a slow news period in general. The popularity of “Bird Box” even led to the “Bird Box” challenge, a stupid social media game in which people undertake mundane tasks while blindfolded — all of which serves to generate content for news sites and free publicity for Netflix.

But the unsubstantiated ratings hits just kept coming. The second run of Lifetime’s “You” on Netflix — again, according to Netflix — was enjoyed by an impressive 40 million subscribers. Ditto for “Sex Education,” the British teen drama styled after John Hughes movies. These are gargantuan numbers by today’s ratings standards, particularly considering that “You,” which debuted on Lifetime in September, averaged a modest 1.1 million viewers  during its first season. (Season 2 moves over to Netflix from Lifetime, which picked up the second season prior to the first's debut but cut bait due to its soft ratings.)

That more typical number is measured by Nielsen, the third-party service that has tracked and measured television audience since 1950.

“If you dig a little deeper, Netflix is not telling you the whole story, because the numbers they issued do not follow the universally understood television metric — the one you and prior generations of reporters have been using for their whole careers — which is ‘average audience,’” Landgraf reminded the assembled journalists.

He went on to explain that when one uses the traditional measurement metric of average audience, which is calculated by adding up every minute viewed of an episode or season and dividing it by the total duration of the program, the first season of “You” on Netflix actually drew a more plausible domestic audience of 8 million per episode, a stat based on Nielsen’s subscription streaming content ratings service.

“An average audience of 8 million viewers is good,” Landgraf said, “but it’s not an average audience of 40 million total viewers, which would make ‘You’ the number-one show on American television.” He also cited the suspiciously similar numbers for “Sex Education” in a deadpan tone that earned some soft laughter from the group.

Landgraf’s glove-slap moment isn’t simply a matter of dropping controversial conversation points for their own sake. As I’ve previously written he’s used the forum of TCA, as well as other public events, to share his unvarnished perspective of the business to journalists and laypeople for the sake of illumination but also to warn consumers about the potential effects of sea change which the public at large has accepted as inevitable.

The top TV industry news at the moment involves the pending merger of Fox and Disney, in which Disney absorbs Fox’s film and TV studio assets, including Landgraf’s FX. But the executive is known to nurse a burning ire against what he views as liberties taken by Silicon Valley companies that are expanding their reach into the TV space.

By FX’s data crunchers’ count, Netflix released 530 original programs, scripted and non-scripted, in 2018. For Netflix, inundating the market appears to be paying off. But when a stream swells into an ocean, discovering and cultivating the pearls lurking in its content bed becomes an increasingly difficult task for consumers.

What Landgraf’s warning us about now is an impending die-off of the oysters, i.e. opportunities for writers, producers and other creatives.

“I guess it’s a personal, very strongly held point of view of mine that — and this is not only in the area where I work, which is in television, but anywhere — that it’s just not a good thing for society when one entity or one person gets to unilaterally make the rules or pronounce the truth,” he told critics. “I just genuinely believe that the rules should be made as a common good by everyone, that they have to be negotiated.”

Landgraf is pointing out the narrative battle being waged at this crossroads in the medium, when more consumers are choosing to forgo cable package subscriptions in favor of less expensive streaming platforms like Netflix, Hulu, Amazon, CBS All Access and Disney’s soon-to-be launched streaming platform, where FX’s content will have a home.

To put this in terms of how this affects the average couch surfer, series like “You,” featuring Penn Badgley and Shay Mitchell, would have a good chance of finding a home on Netflix or another major streaming service even if Lifetime hadn’t been its first-run home. Badgley starred in “Gossip Girl,” and Mitchell was part of the “Pretty Little Liars” core cast, making them a good fit for any service driven by algorithms, especially one that’s found success with teen-targeted titles.

Less certain is whether Lifetime’s six-part series “Surviving R. Kelly” would have broken through in a Netflix world that currently favors famous performers and brand-name creators.

Netflix’s inclusion stats, like those of Silicon Valley at larger, aren’t great either. A 2017 Directors Guild of America study ranked it in last place among 10 studios for the diversity of its film and TV directors, with less than 29 percent of its episodes directed by women or people of color compared with an industry average of 38 percent.

Going back a bit farther think of a cultural phenomenon like “RuPaul’s Drag Race,” raised in its infancy on niche channel Logo, which features programs catering to an LGBTQ audience.

“Drag Race” now airs on Logo’s Viacom sibling VH1, and its host RuPaul Charles, currently a judge on CBS’ “The World’s Best,” is a superstar again after years of living in semi-retirement. But Logo brought that show to the public, and attracted more attention to other series and documentaries featured in the channel’s lineup.

In an environment where more customers are cord-cutting, “Drag Race” is likely to survive. Other original content that once found a home on Logo — increasingly sparse these days after a rebranding that shifted its line-up to emphasize classic sitcoms — probably would not be as fortunate in a crowded field.

PBS president Paula Kerger made a version of this point during the public television service’s executive session on Saturday.

“Part of the challenge that we have is making sure that we’re punching through the fray so that people are aware of the programs that are on public television, that are available through their local stations,” she said. “There are a lot of people that go to the Netflixes and then just get lost in the jukebox effect of just scrolling through lots of stuff. There’s a lot of people who still like curated experiences, so we still think carefully about schedule, and we look for ways to bring them into their local station.“

In this way the age of media mergers that already poses a threat to independent filmmakers and series creatives will only become more precarious. Landgraf’s skepticism at Netflix’s effort to shape the streaming viewership narrative calls attention to this as one element of a larger problem in media and society.

“Leaving Netflix aside, Silicon Valley’s attitude just really, really bothers me,” Landgraf told reporters. “Look what it’s done to journalism . . . I just don’t like the notion that any one entity gets to decide what is true and tell you what is true and make their own news without your being able to check the facts or ask questions or do what journalists do. That bothers me on a fundamental level.”

Currently FX has its own streaming-on-demand product, FX+, serving a similar purpose to premium standalone services such as HBO Now and Showtime Anytime. In the new landscape, brands like FX will be fine, in other words: HBO is now under the aegis of AT&T, which recently acquired Time Warner and its properties, the premium service being among them.  And AT&T announced plans to launch an on-demand focused, direct-to-consumer streaming service in 2019, in addition to streaming services DirecTV Now and WatchTV.

The streaming takeover is inevitable. Right now, the question is who gets to set the terms. And this matters not just to Netflix or Disney or other multi-billion dollar media companies, but to consumers.

Landgraf has long touted the value of curated content and a network’s ability to spotlight emerging talent and voices from underrepresented demographics, as a needed counterbalance to Netflix’s method of maximizing output and letting consumer Darwinism, influenced in part by whopping unverified viewership data, sort out the hits.

“There’s a value in focus and care in what one does. I think that’s evidenced by the way we’re able to achieve good results with a limited number of at bats,” Landgraf insisted. “And I don’t know who needs 530 original television programs in a year, but I’ll leave that to others to judge.”

Landgraf also pointed out that Nielsen has been measuring Netflix for a while, and plans to start measuring Amazon and Hulu this year. “So one way or the other, the truth will ultimately come out, as it always does.”