Secretary of State Mike Pompeo claims terror threat as cause for U.S. action in Venezuela 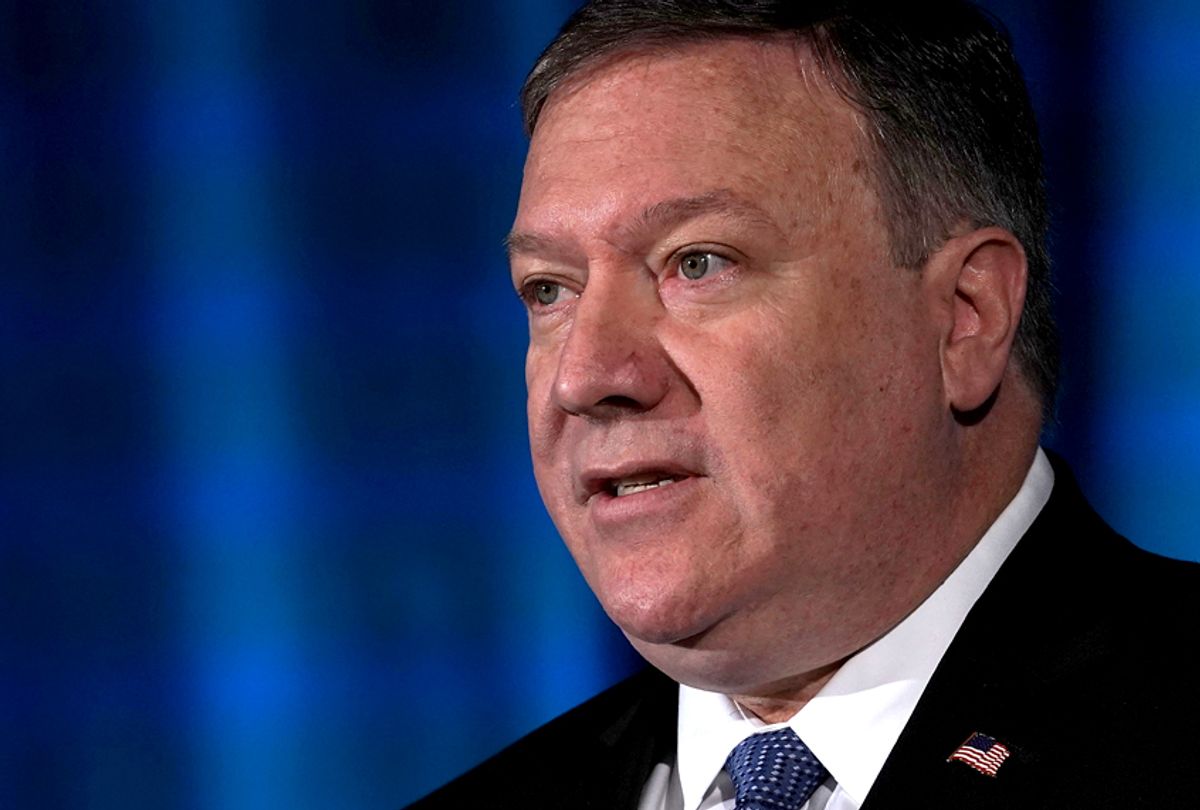 Secretary of State Mike Pompeo told Fox Business Network reporter Trish Regan on Wednesday that Hezbollah, a Shi'a terrorist group based in Lebanon, has a presence in Venezuela.

"People don't recognize that Hezbollah has active cells. The Iranians are impacting the people of Venezuela and throughout South America," Pompeo told Regan in a Fox Business Network exclusive on Wednesday. "We have an obligation to take down that risk for America."

Last week, Treasury Secretary Steven Mnuchin and White House national security advisor John Bolton announced new sanctions aimed at ousting Venezuelan dictator Nicholas Maduro. Bolton warned that "the president has made it very clear...that all options are on the table" and vowed a "significant response" should any U.S. citizens be harmed while holding a legal notepad that featured a scribbled note that read "5,000 troops in Colombia."

As he elaborated to the host of "Trish Regan Primetime," Pompeo perceives America's interests in Venezuela in very stark terms.

"The Cubans invaded Venezuela. The Cubans have been controlling the security apparatus, protecting Maduro and destroying the way of life for the Venezuelan people for an awfully long time," Pompeo explained to Regan.

He added, "Today we tried to deliver humanitarian assistance from… the United States and Colombia into Venezuela and the Venezuelan military under the direction of Mr. Maduro stopped that. This is horrific stuff."

Pompeo has emerged as a controversial figure among Democrats for a previous declaration he has made to a Fox Business Network host.

Last month Sen. Robert Menendez, D-N.J., criticized Pompeo for telling Fox Business Network host Sean Hannity that there is a "risk that we have terrorists comes across that border." In response, the New Jersey Democrat referred to the State Department's 2017 Country Reports on Terrorism released in September, which said that "at year's end there was no credible evidence indicating that international terrorist groups have established bases in Mexico, worked with Mexican drug cartels, or sent operatives via Mexico into the United States." He also pointed out that U. S. Customs and Border Protection had only arrested six people who were "known or suspected terrorists" in the first half of 2018, "less than one percent of the inflated figure used by Trump Administration officials."

The crisis in Venezuela has also attracted attention from the left, particularly because of accusations that it was orchestrated by the United States.

"Well, he’s using it in that particular way because obviously what was going on in Venezuela was something that began as a popular movement by [Juan] Guaidó and the man has now declared himself President," former Secretary of State Madeleine Albright told Salon earlier this month. "But I do think, and this is a little difficult to talk about, because I do think that some of the parts in terms of supporting what has happened are absolutely appropriate. Not only by the United States but also in conjunction with some of the Latin American countries, the so-called Lima Group [Argentina, Brazil, Canada, Chile, Colombia, Costa Rica, Guatemala, Guyana, Honduras, Mexico, Panama, Paraguay, Peru, Saint Lucia], who are supportive of what is going on, as well as Canada. I thought, however, that the introduction of using military force at that particular time is something that did give kind of an alibi or an excuse to Maduro to say that this is just intervention."