Ryan Zinke's replacement is no better: Interior secretary looks to be another corporate shill

What a surprise: Trump's Interior nominee, David Bernhardt, is just as big an industry booster as his predecessor 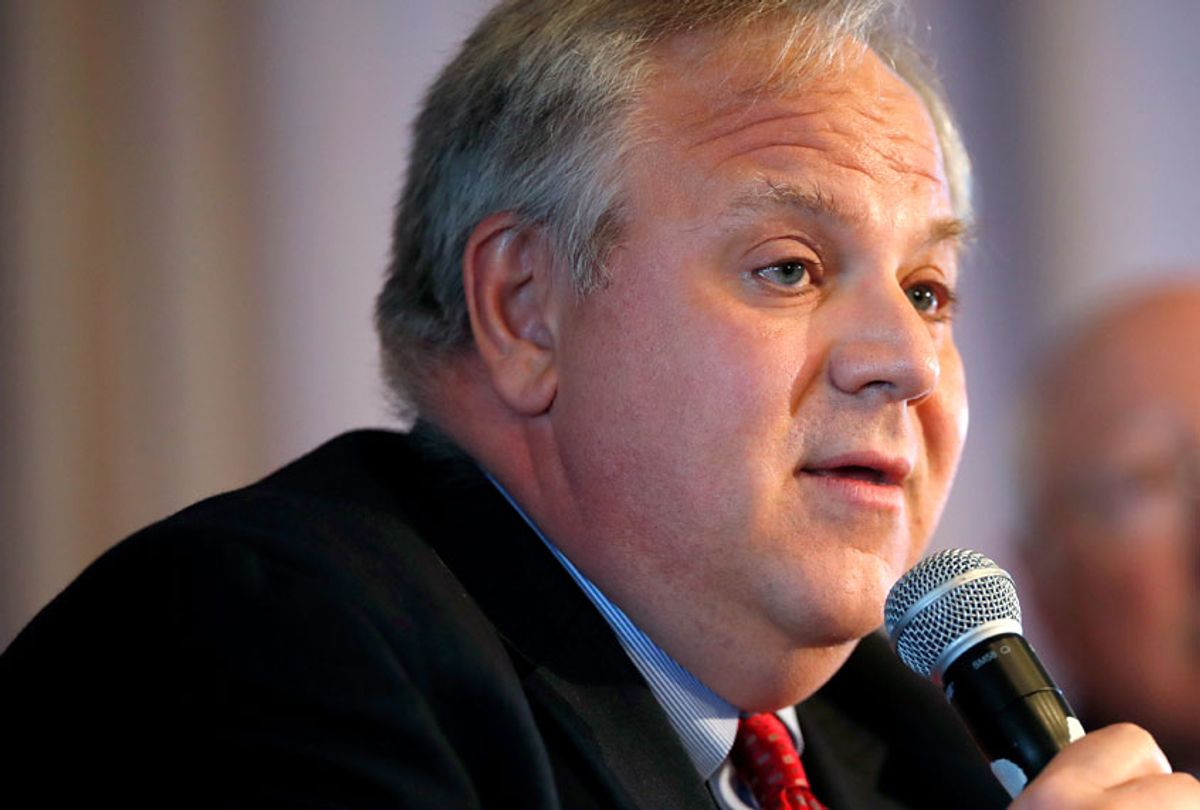 President Trump's choice to lead the Interior Department is facing controversy due to his staunchly pro-big business, anti-environment background.

Former lobbyist David Bernhardt, whom Trump has chosen to replace the scandal-plagued Ryan Zinke as secretary of the Interior, is facing scrutiny for his long history of advocacy for anti-environmental positions, according to the New York Times. This has included working to weaken protections for a fish known as the delta smelt in order to help California farmers, along with lobbying on behalf of oil and gas companies. In that context, it's worth noting that the Interior Department determines access to drilling rights for millions of acres of federally-owned lands and coastal waters.

In the former case, the issue involves whether California agribusiness will be allowed to reroute river water to irrigate farmland, even though doing so could devastate the ecosystem that connects the Sacramento River delta to San Francisco Bay at a time when global warming is already threatening water supplies in California.

This may pose ethical problems for Bernhardt, whose previous work as a lobbyist should prohibit him from pursuing Interior policies that could benefit his former clients. In late 2017, he ordered senior water resources official David Murillo to weaken protections for the delta smelt and winter-run Chinook salmon in order to make more river water available to agricultural producers. As the Times explained:

Because Mr. Bernhardt’s actions would disproportionately benefit one of his former clients, independent ethics specialists said that, under the terms of the Trump administration’s ethics pledge, which Mr. Bernhardt signed, he should not have been given clearance to act. Its “revolving door” provision requires former lobbyists to recuse themselves for two years from any particular matter or specific issue on which they lobbied in the two years before joining the administration.

Bernhardt's record is likely to be considered especially controversial in light of recent news reports that insect species are experiencing a potential mass extinction due in large part to pesticides used by big agriculture. If that mass extinction occurs, it could lead to catastrophic effects for humanity, from the proliferation of deadly diseases and famine to an explosion of dangerous pests like cockroaches and houseflies.

If Bernhardt is approved, he will replace the now-departed Zinke, whose tenure was riddled with scandals from excessive spending on office decorations to lying to the inspector general. Like Bernhardt, Zinke was noted for an anti-science and pro-business bias, a move that prompted Shaughnessy Naughton, founder of the nonprofit pro-science advocacy group 314 Action, to tell Salon last year that Zinke was "blatantly placing politics and special interest money over science and the environment."