"I've indicated to him that I'm going to support the national emergency declaration," McConnell said of Trump 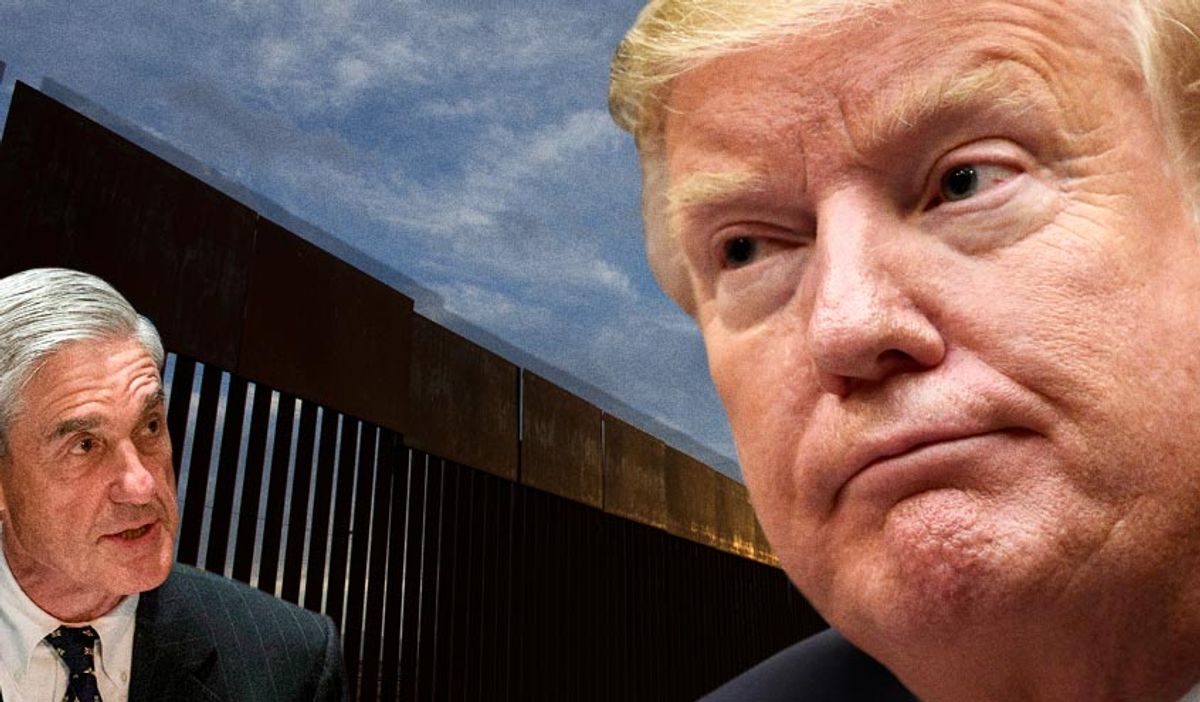 Senate Majority Leader Mitch McConnell, R-Ky., announced on Thursday that President Donald Trump would both sign the bipartisan budget deal reached by Congress to avert a second government shutdown and declare a national emergency along the southern border at the same time.

"I've just had an opportunity to speak with President Trump," McConnell said Thursday on the Senate floor. "And he — I would say to all my colleagues — has indicated he's prepared to sign the bill. He will also be issuing a national emergency declaration at the same time. And I've indicated to him that I'm going to support the national emergency declaration. So for all of my colleagues, the president will sign the bill. We'll be voting on it shortly."

White House press secretary Sarah Huckabee Sanders later confirmed to NBC News that the president would be using "other executive action, including [declaring] a national emergency," to fulfill the vision of his wall along the U.S.-Mexico border.

House Speaker Nancy Pelosi, D-Calif., said what is happening at the border does not qualify as a national emergency as she rebuked Trump's intent to "make an end run around Congress" on border security. Congress, Pelosi said, has the power of the federal purse, as cited in Article 1 of the U.S. Constitution.

“It's not an emergency what's happening at the border – it's a humanitarian challenge to us. The president has tried to sell a bill of goods to the American people,” she said, instead suggesting that Trump to "declare a national emergency around gun violence" on the anniversary of the Parkland mass shooting.

"Republicans should have some dismay about the door they are opening," the House speaker added, wondering aloud what national emergency a future president could declare with a new precedent set by Trump.

"I can't say I'm happy. I can't say I'm thrilled," Trump told reporters Tuesday, as he met with members of his Cabinet at the White House one day after Democrats and Republicans reached a deal giving the president a fraction of the funds he had requested to construct the central tenet of his 2016 campaign: a wall along the U.S.-Mexico border. Along the trail, the president declared repeatedly that Mexico would pay for it.

The bipartisan deal brokered by members of both houses of Congress included just $1.375 billion for 55 miles of new border fences — a figure that Fox News host and notorious conservative pundit Sean Hannity ridiculed as minuscule compared to the $5.7 billion Trump had previously demanded to construct 200 miles of wall along the southern border.  Hannity slammed the deal as "garbage" on his show Monday night and warned that any Republican supporting the compromise would "have to explain" his or her position.

One night later, Hannity, who also acts as an informal adviser to the president, urged Trump to declare a national emergency at the U.S.–Mexico border, saying on his Fox News program: "This is the time. That is a necessity."

Other conservative thought leaders put pressure on Trump, goading him into issuing a national emergency declaration as they attacked the budget deal for failing to fulfill the president's biggest promise to his base. "Trump talks a good game on the border wall but it's increasingly clear he's afraid to fight for it," author and commentator Ann Coulter tweeted Tuesday. "Call this his 'Yellow New Deal.'"

On CNN, former Republican congressman Charlie Dent said, "You have to say the president lost."

"He lost because he set an unrealistic expectation. He talked about a wall and Mexico paying for – 2,000 miles. He has walked it back. Now that we are having a serious conversation, he is going to get 700 miles, which is what I supported when I was a co-sponsor of the Secure Fences Act," Dent added Tuesday. "It was done with expert consultation. He is doing the things that need to be done, but is not going to get this pie in the sky wall that he foolishly promised during the campaign."