The cosmic joke's on her: The antiheroine's journey through a cursed universe

On screen, women are suffering magical trials usually reserved for men. It's changing how we tell these stories 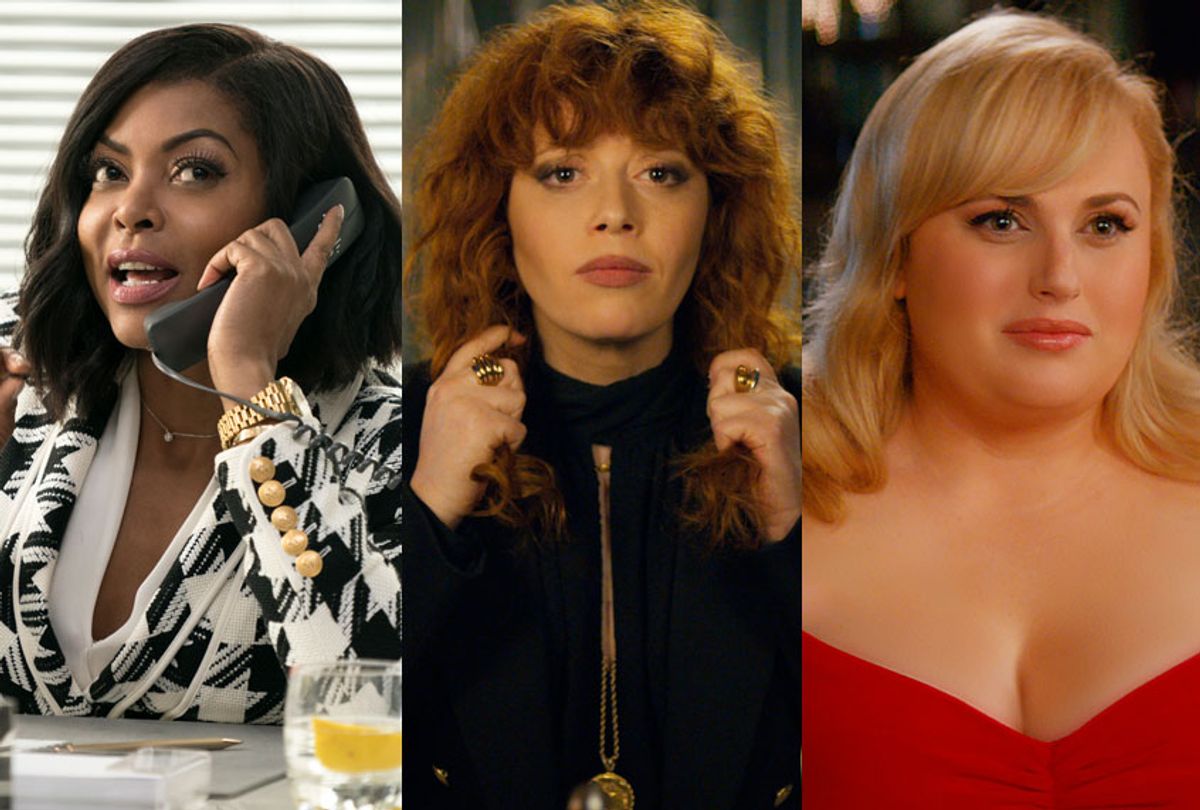 Why should cosmic comeuppance be reserved solely for toxic males?

For as long as humans have been telling stories, we've been offering lessons in personal growth via a supernatural push. Jonah tries to shirk on his holy mission? God has him swallowed and then puked out by a whale. Ebenezer Scrooge takes the gold in the Bad Boss Olympics? Sounds like a job for ghosts! Phil Connors has a stubborn case of local fame-induced narcissism? A time loop, in a frigid Pennsylvania town, teaches him how to change his ways. Yet for millennia, insufferable women have been largely overlooked by the punishing fates. That is, until lately. We may still earn eighty cents or less to each of our male colleagues' dollars and constitute only a third of the speaking roles in Hollywood, but women finally are gaining ground in the field of mysterious curses and body switching.

This year alone has been a rich and fertile one for irritating women who like to awaken, horrified, in altered realities. Netflix's sly, bittersweet "Russian Doll" features Natasha Lyonne as Nadia Vulvokov, an abrasive Manhattanite who can't stop dying in freak accidents on her 36th birthday. Sure, Nadia has not committed any truly grave sins — as she says, "There's Hitler and there's everybody else" — and she does meet a man in the same limbo, but the story is nevertheless undeniably one of a female reckoning with time and her own life choices. At the outset, Nadia is, as our Melanie McFarland describes her, "a woman who treats her body like an ashtray and, soon into the first episode, jumps at the chance to smash with a middle-aged douchebag so full of himself that his ego is leaking out of his ear holes." Several grim demises later, it spoils nothing to say that she's a changed person.

In the sleeper 2017 horror hit "Happy Death Day" self-involved college student Tree similarly found herself repeatedly reliving a fatal natal day. Having finally disrupted the curse, though, she returned earlier this month to once again defy psycho killers and quantum physics. Naturally, along the way, another female discovers the karmic price of her bitchiness.

But freaky magic is not all death by bees or bleach. It's also ripe for comedy. In the new movie "Isn't It Romantic?" office doormat — and relationship cynic — Natalie (Rebel Wilson) gets a blow to the head and wakes up as the leading lady in her own rom com, replete with a sassy gay friend, an expansive New York City apartment and a talent for perfectly choreographed karaoke routines. Somewhere in Atlanta, meanwhile, Taraji P. Henson's blunt, workaholic sports agent Ali Davis drinks some funky tea that a bridal shower psychic gives her, cracks her head at a nightclub, and awakens with the ability to hear men's thoughts.

It's this gender flipped reimagining of Mel Gibson's 2000 "What Women Want" that best exemplifies how much things have changed over the past few decades — and how far women still have to go. Ali is ambitious, hard-working and determined, but her boss still smugly advises her to "stay in her lane" and flat out complains he can't fire her because of her gender and race. Ali's trying to get ahead in a profession rife with sexism and racism (clearly apparent in the ways her agency handles its athletes), yet she is also, undeniably, a manipulative, selfish individual in her own right. When she tells a colleague he'd admire her ballsiness if she were a man, she hears him think the truth — that if she were a man, she'd just be a dick.

But Ali is not simply Mel Gibson in Louboutins and a Birkin. She is an increasingly fed up woman who has been playing in a world in which the rules are still mostly written by men. That's why it means something different when fictional female characters are having these surreal experiences, because they're having them in the already surreal experience of just trying to get by in the patriarchy. So if Ali, as her boss accuses, "doesn't connect" sufficiently with men, she's the one excluded from the boy's club bonding of the staff's secret poker game.

At the opposite end of the spectrum, in "Isn't It Romantic?" architect Natalie is treated like an errand girl in her real world, ignored and undermined despite her obvious professional competence. Her fantasy world is no better, where the other women in her life are her predatory natural enemies. Is it any wonder the ladies of all these tales begin them with a baseline level of cynical grumpiness?

A morals-challenged man learning, via the cruel vicissitudes of a punishment-loving universe, to become a decent person is a durable trope. But having a woman as the baffled antihero of a cosmic joke can make for a far more compelling story entirely. The lesson there — when the gods are just — isn't simply that becoming more pleasant is your ticket out of purgatory. We know. Even the most obnoxious women among us has at some point been instructed to be a nice girl. After all, Eleanor Shellstrop, who has evolved from Bad Place-bound basic bitch to self-sacrificing eternal being over three seasons of "The Good Place," is not a witch transformed into a princess. She is instead — much like Ali and Natalie and Tree and Nadia in their own distinct ways — a pretty miserable woman who has learned to be less miserable, not just through good deeds and definitely not by romance, but by cultivating her own authentic self-love. Healthy ego! It's the new kiss from a prince!

If there's a reason all these wibbly-wobbly, timey-wimey stories seem to be having a moment, I'd wager it's because, as Nadia says in "Russian Doll," life is like a box of timelines. And what woman wants to spend this one more worried about what men want than what she herself does?