Paul is the fourth Senate Republican to do so, putting a joint resolution to block the declaration on track to pass 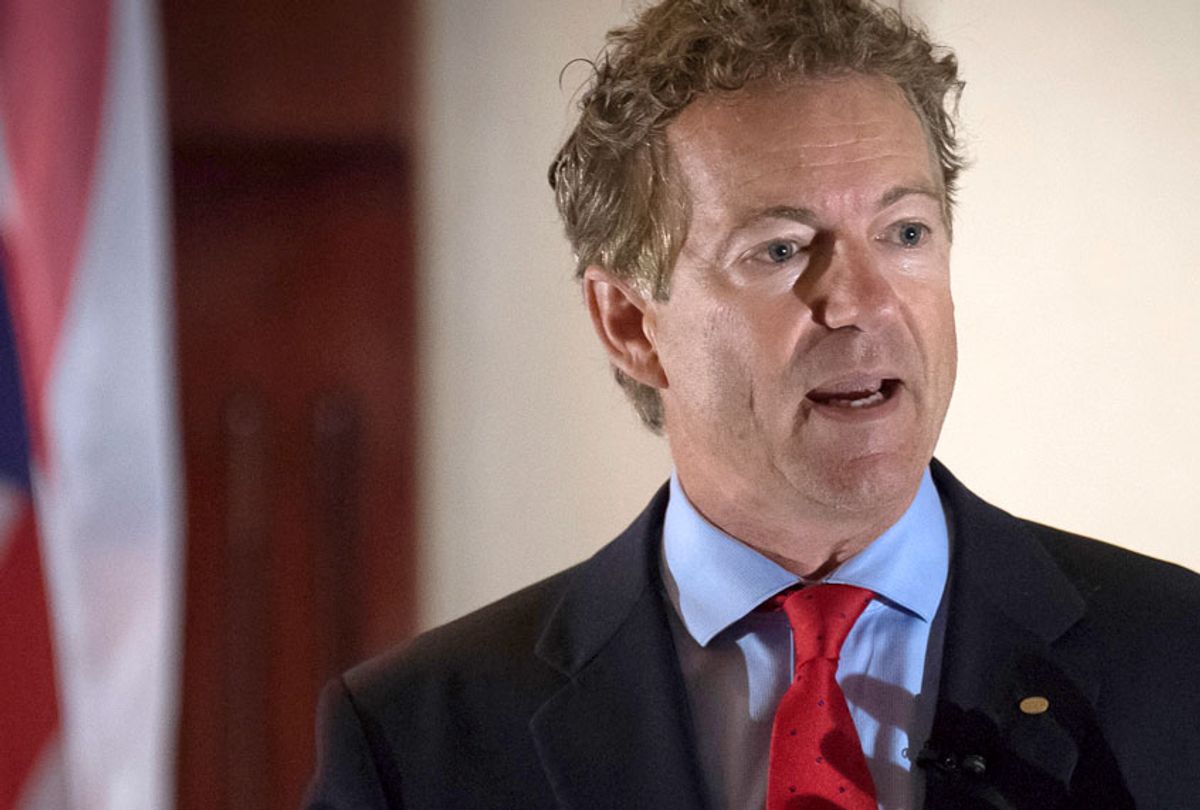 GOP Sen. Rand Paul of Kentucky will vote in favor of a joint resolution against President Donald Trump's declaration of a national emergency at the U.S.-Mexico border, becoming the fourth Senate Republican to do so and putting the measure on course to pass.

While speaking at the Southern Kentucky Lincoln Day Dinner, Paul revealed that he "can't vote to give extra-Constitutional powers to the president," the Bowling Green Daily News reported.

"I can't vote to give the president the power to spend money that hasn’t been appropriated by Congress," Paul said, according to the newspaper. "We may want more money for border security, but Congress didn't authorize it. If we take away those checks and balances, it's a dangerous thing."

Trump declared a national emergency last month in an effort to access billions of dollars that Congress refused to appropriate in order to see through his campaign promise of a wall along the southern U.S. border. Attempts to negotiate with Congress to obtain the $5.7 billion Trump had sought for more than 200 miles of steel barriers along the U.S.-Mexico border failed, resulting in the nation's longest-ever government shutdown. Congress eventually passed a 1,169-page bipartisan spending package that included $1.375 billion for 55 miles of new walls, which Trump signed before saying he would also use his executive powers to declare a national emergency.

Under the National Emergencies Act, which Trump is using to claim broad authority to declare an emergency at the southern border, Congress can take up a joint resolution to disapprove of and essentially block the declaration.

Paul joins fellow Republican Sens. Thom Tillis of North Carolina, Susan Collins of Maine and Lisa Murkowski of Alaska in opposing Trump's declaration — a reflection of some resistance within the Republican Party to what some lawmakers see as executive overreach and a challenge of the constitutional separation of powers.

The disapproval resolution has already passed the Democratic-controlled House of Representatives and requires a simple majority (51 votes) to pass the Republican-led Senate. The upper chamber is made up of 53 Republicans and 47 Democrats. If every Senate Democrat supports the legislation, the party would need four Republican votes to ensure the resolution passes. As of this writing, the resolution is likely to clear the Senate, an embarrassing blow to a president whose party also controls the Senate.

If the House and the Senate both pass the joint resolution, it would require the the president's signature. Trump will not sign a bill that overturns his own declaration, and he is poised to issue the first veto of his presidency to strike down the measure. To override the president's veto, two-thirds of both chambers of Congress would have to pass the joint resolution with a veto-proof majority. That means more than 53 Republicans in the House would need to join the Democrats to reach 288 votes. In the Senate, 20 Republican lawmakers would need to join the Democrats to reach the 67 threshold. It is unlikely that lawmakers in Congress will be able to override the president's veto.

Opposition to the national emergency was also expressed last month in a letter signed by 26 former Republican lawmakers. The open letter, subtitled "Honor Your Oath and Protect the Constitution," was published on the Project On Government Oversight watchdog's website.

Additionally, 58 former senior national security officials, both Republicans and Democrats, including former U.S. Secretary of State Madeleine Albright, spoke out against Trump's national emergency declaration in a letter published last month. The bipartisan group of former government officials wrote "there is no factual basis" to support the president's national emergency declaration on the country's southern border.