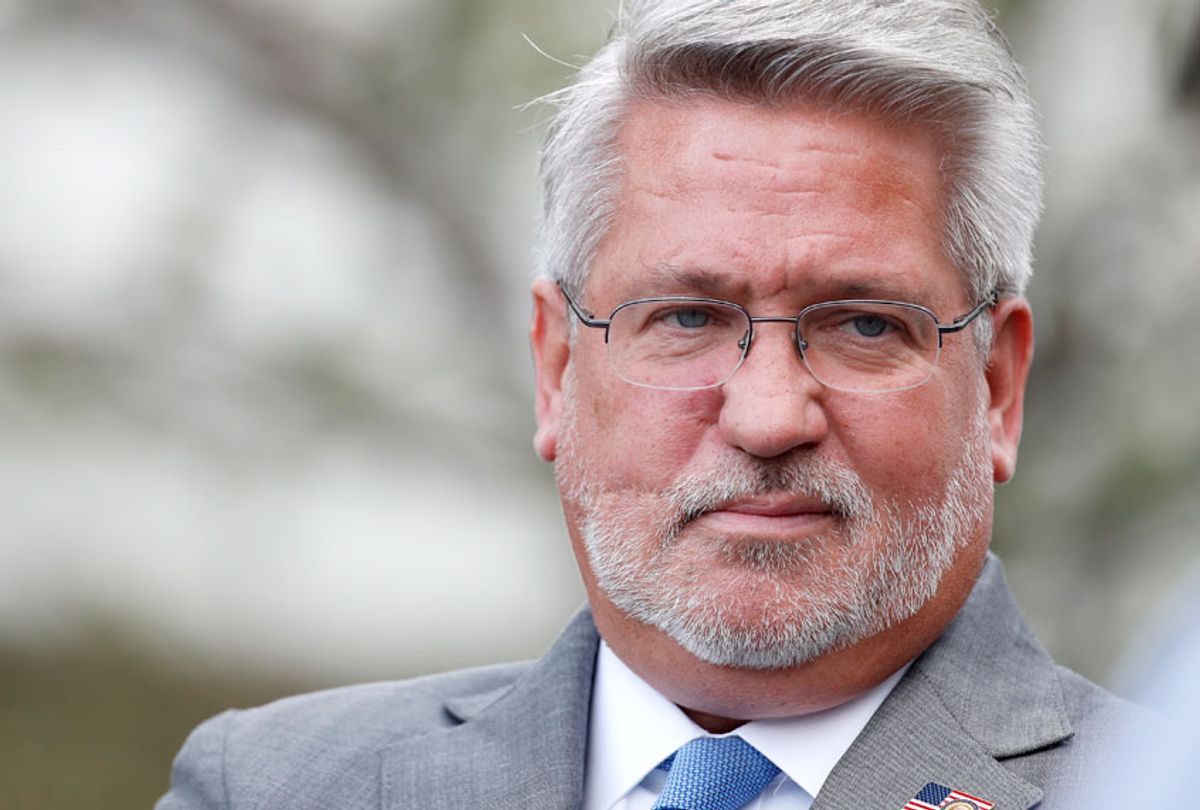 Shine, who was ousted from his job as president of Fox News in May 2017 after being named in multiple lawsuits for his handling of the network's myriad sexual harassment scandals, joined the White House in July 2018 as the administration's sixth deputy chief of staff for communications.

Shine, who started his two-decade-long career at Fox News as a producer for the show "Hannity & Colmes," was reportedly tapped to the White House last summer by Trump to help polish the president's public image and steer his communications strategy. He served eight months and managed to keep a low-profile throughout his tenure in a White House full of personalities.

Sanders said that Shine offered his resignation to Trump on Thursday evening, and Trump accepted. He will be joining the president's 2020 reelection campaign as a senior adviser, she said.

"Serving President Trump and this country has been the most rewarding experience of my entire life," Shine said in a statement. "To be a small part of all this president has done for the American people has truly been an honor. I'm looking forward to working on President Trump's re-election campaign and spending more time with my family."

Trump praised Shine in a Friday statement for an "outstanding job," saying he looked forward to working with him on the 2020 presidential campaign, where he expects him to be "totally involved."

Although Shine was recruited to the White House to manage the president's communications, lawsuits suggesting that he enabled alleged sexual harassment by the network's late chairman and chief executive, Roger Ailes, fueled speculation that his hiring will put a spotlight on Trump's own problems with women.

It was Shine's obedience to Ailes, who resigned in disgrace amid mounting sexual harassment allegations, that allegedly brought about his exit from Fox News. When accusations of sexual harassment against Ailes and related multimillion dollar settlements were revealed, Shine was named as someone who protected the former chairman, as well as other alleged harassers at Fox News like Bill O'Reilly, who also left the company amid accusations of sexual  misconduct. Shine has denied any wrongdoing.

Despite the controversy surrounding Shine's handling of sexual harassment claims at Fox News, Trump still invited the disgraced executive inside the West Wing. The president's willingness to overlook Shine's tainted past is perhaps not surprising, considering Trump himself has been accused of sexual harassment and has a record of defending men accused of abusing women. In fact, just hours after Shine's hiring became official last year, Trump mocked the "Me Too" movement at a rally in Montana.

Shine also enjoys a close friendship with Fox News host Sean Hannity, and his presence near the Oval Office has widely been seen as helping deepen the relationship between Fox News and the Trump administration, establishing a tight and continual feedback loop between the conservative network and the White House.