Bill O'Reilly and Sean Hannity are cheering this move, which reports say will have Shine replacing Hope Hicks 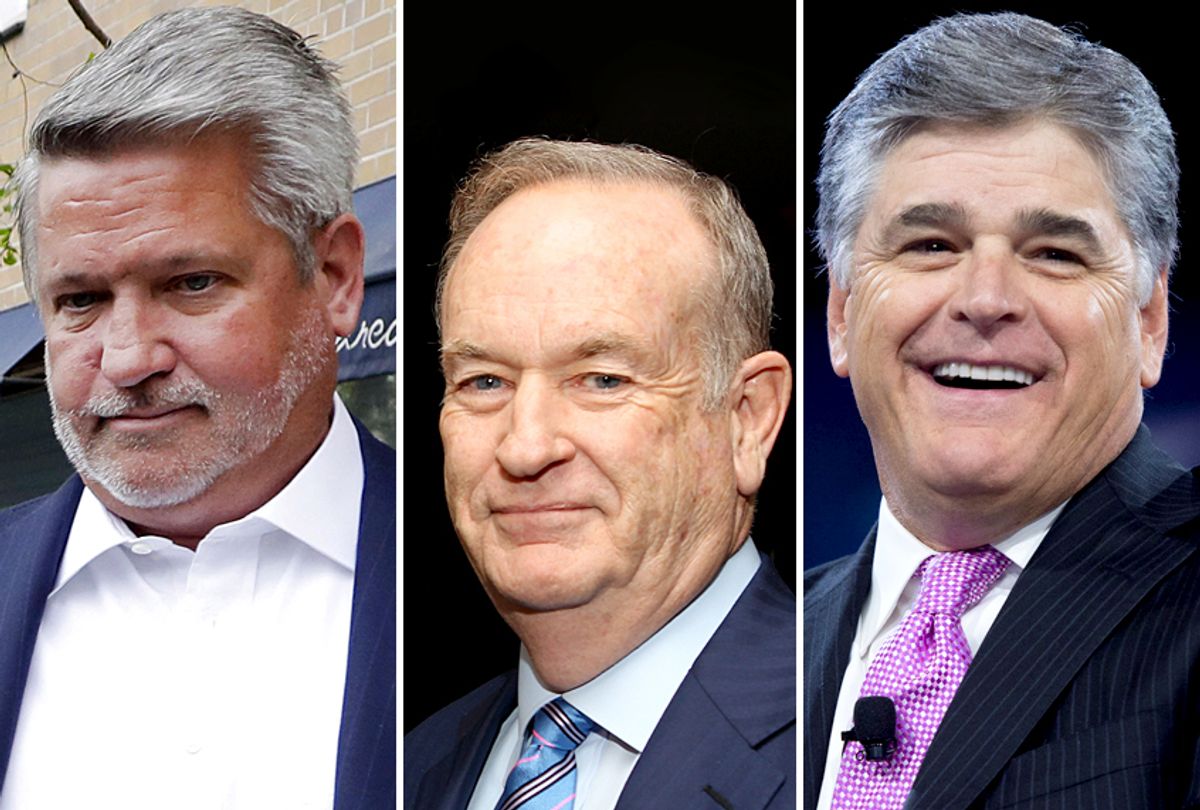 Bill Shine, a former co-president of Fox News who was forced out over his handling of sexual harassment allegations, has accepted a job in the White House, according to Fox News. His specific position hasn't been confirmed, but The New York Times reported that he is expected to take on the job of White House communications director, a position that has been vacant since Hope Hicks' departure in March.

Shine stepped down from Fox News in May 2017. Nine months earlier, he had been appointed as co-president of the network with Jack Abernethy. Shine had been at Fox for more than 20 years, first joining as a producer in 1996 and rising up to top executive and confidant of former CEO Roger Ailes.

And it was Shine's obedience to Ailes that brought about his ouster. When sexual harassment allegations against the CEO and multimillion dollar settlements with the accusers were revealed, Shine was named as someone who protected Ailes — as well as other alleged harassers at Fox like Bill O'Reilly — covering up their behavior and dismissing women's complaints against them. (Shine denied any wrongdoing.)

Shine, who has no political experience, has met with Trump in recent weeks about taking the White House position, including as recently as Wednesday morning, Fox News reported.

"The White House has not yet announced the move, but the hiring of the former Fox executive is the latest example of an unprecedented back-and-forth between the White House and a broadcaster," Slate reported. "Trump, of course, likes to watch tv and unsurprisingly likes to hire people he has seen on tv, including State Department spokeswoman Heather Nauert, National Security Advisor John Bolton, White House Director of Strategic Communications Mercedes Schlapp, Treasury official Tony Sayegh, and Director of the National Economic Council Larry Kudlow, who worked for CNBC before joining the administration."

According to the Times, the senior communications job offer has been in the works but has been held up by Shine's reluctance, both in joining a "chaotic West Wing" and concern with how the position would re-ignite his alleged involvement in the sexual harassment scandal at Fox.

But former and current Fox employees have been endorsing Shine since reports emerged that he had accepted a White House position. Bill O'Reilly, who was also forced out after it was revealed that the anchor was at the center of multiple sexual harassment lawsuits, took to Twitter to congratulate Shine: "If Bill Shine gets the job of White House communications director, that will be good for the country. Shine is smart and honest. But the President has to listen to him!"

And Eric Bolling, the former Fox News host who was let go after an investigation into allegations that he sent unsolicited pictures of male genitalia to current and former colleagues, described Shine as "a great hire for the Admin & for America." He added that he is "a strong family man from a law enforcement family. Well respected by all" and that he also has been "pro-Trump from day #1."

Hannity added, "As far as what I know about it, if I did know anything, it's none of your business anyway," seeming to refer to the allegations of concealment against Shine.

The potential appointment of Shine underscores that a job candidate's role in multiple workplace sexual harassment complaints and lawsuits is not a deterrent for the White House. The president himself has been accused of sexual harassment and assault by multiple women and has defended Ailes and O'Reilly amid allegations against them. Earlier this year, when photos surfaced of Staff Secretary Rob Porter's alleged physical abuse against several former partners, Trump lamented a perceived lack of "due process." The president also backed the far-right former judge Roy Moore, accused of child molestation, in his bid for a U.S. Senate seat in Alabama.