Rep. Rashida Tlaib speaks out against Islamophobia "on both sides of the aisle"

Rep. Rashida Tlaib appeared on CNN to discuss Islamophobia "on both sides of the aisle" in Congress 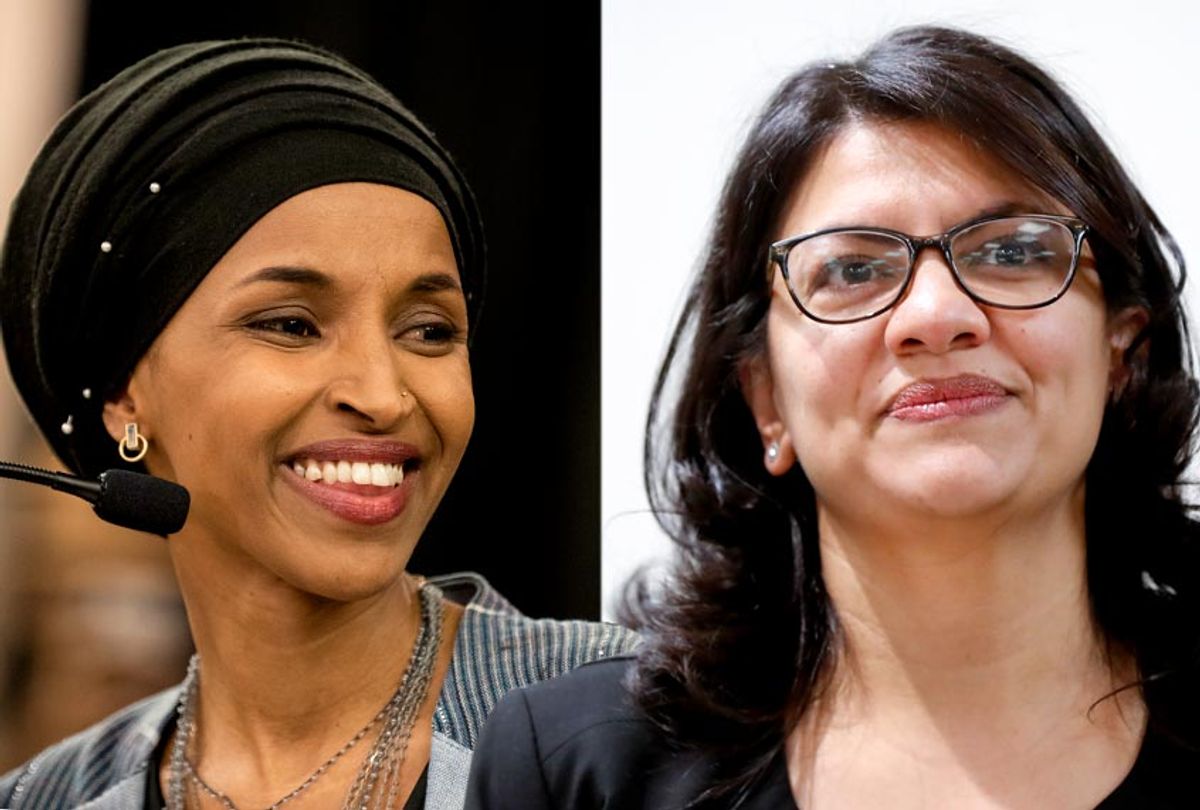 Rep. Rashida Tlaib, D-Mich., talked with news anchor Jake Tapper about Islamophobia on both sides of the aisle in Congress during an appearance on the CNN program "State of the Union."

"I pause and think to myself 'is it because she's a black American and she's Muslim?' And so that's where I pause and say to myself, 'Is there an issue here?' And I guess our mere presence there. The fact that now there's not only one but now three Muslim Americans serving in Congress," Tlaib told Tapper on Sunday, according to CNN. Tlaib's comments referred to the criticisms made toward Rep. Ilhan Omar, D-Minn., for criticizing the influence of AIPAC and American policy toward Israel. While Omar's critics allege that she has played on anti-Semitic stereotypes when expressing her disagreements with Israel and the pro-Israel lobby, her defenders argue that she is being treated differently and worse because she is a Muslim and a woman of color.

"That our mere presence is going to able to possibly break down any of these kinds of racialized, you know, opinions, this kind of Islamophobia that I do feel like is still very present on both sides of the aisle. And I think my colleagues are not seeing that as an attack. It's just saying that we just have a lot of work to do," Tlaib told Tapper.

She added, "And I can tell you I've been there long enough to see that there are some issues there — again, on the other side of the aisle — that continue to be held — they're being held unaccountable."

Omar became the target of intense criticism last month when she tweeted "it's all about the Benjamins baby" after journalist Glenn Greenwald observed that "it's stunning how much time US political leaders spend defending a foreign nation even if it means attacking free speech rights of Americans." Although House Speaker Nancy Pelosi and other Democratic leaders initially released a statement condemning Omar for anti-Semitism, a rift between the Democratic Party's liberal and moderate factions eventually caused the leadership to tone down its planned condemnation.

Omar, meanwhile, apologized for her language while standing by her criticisms of AIPAC.

"Anti-Semitism is real and I am grateful for Jewish allies and colleagues who are educating me on the painful history of anti-Semitic tropes. My intention is never to offend my constituents or Jewish Americans as a whole. We have to always be willing to step back and think through criticism, just as I expect people to hear me when others attack me for my identity. This is why I unequivocally apologize," Omar said.

She added, "At the same time, I reaffirm the problematic role of lobbyists in our politics, whether it be AIPAC, the NRA or the fossil fuel industry. It's gone on too long and we must be willing to address it."

Tlaib herself has also been accused of peddling anti-Semitism. In January she was harshly criticized when she wrote on Twitter that, regarding members of Congress who supported a bill that would allow state and local governments to ban contracts with entities that boycott Israel, "they forgot what country they represent. This is the U.S. where boycotting is a right & part of our historical fight for freedom & equality. Maybe a refresher on our U.S. Constitution is in order, then get back to opening up our government instead of taking our rights away."