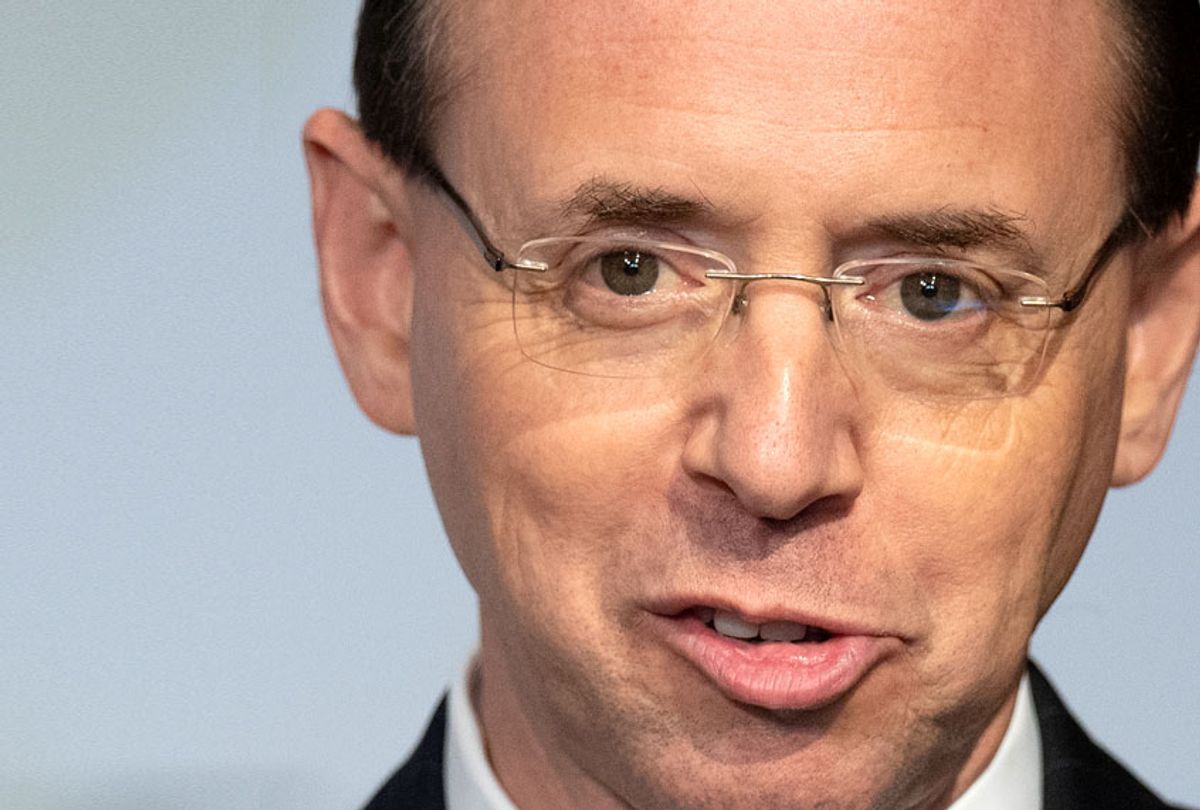 Deputy Attorney General Rod Rosenstein has reached an agreement with Attorney General William Barr to remain at the Justice Department "a little longer," according to several media reports.

Rosenstein was widely expected to step down from his role at the department by mid-March following Barr's confirmation last month for a second stint as the nation's top law enforcement officer.

Barr is in charge of overseeing special counsel Robert Mueller's investigation into allegations of collusion between President Donald Trump's 2016 presidential campaign and Russia, even though he has expressed skepticism of the probe in the past. Rosenstein had previously managed the investigation.

Rosenstein has attracted significant attention throughout his time in the No. 2 role at the Justice Department. He took control of the probe into Russian interference in the 2016 election after former Attorney General Jeff Sessions recused himself from the probe. The deputy attorney general appointed Mueller in May 2017 – one day after it was revealed that former FBI Director James Comey, who Trump fired days earlier, documented his interactions with Trump on the Russia probe, including an alleged request from the president to drop any investigation into former national security adviser Michael Flynn, who was a senior adviser on Trump's presidential campaign. The news spurred Democrats, and even some Republicans, to call for a special prosecutor to lead the investigation.

Also in the days after Trump fired Comey, then-acting FBI Director Andrew McCabe launched an obstruction of justice investigation into the president to probe the firing and Trump's Oval Office conversation with the former FBI director, in which the president allegedly asked Comey to drop the investigation into Flynn. Rosenstein wrote a memo justifying Comey's firing.

Rosenstein has been a frequent target of Trump in the months after McCabe claimed Rosenstein had considered wearing a wire in meetings with the president without his knowledge. When that information was reported last year, Rosenstein's tenure at the Justice Department was called into question. Rosenstein denied raising the possibility of wearing a wire during meetings with Trump, but McCabe alleged the suggestion was raised several times and that he had discussed the possibility with FBI lawyers. McCabe also claimed he and Rosenstein discussed potentially removing Trump from office under the 25th Amendment. Rosenstein has denied McCabe's assertion. The White House has called McCabe's claims "completely baseless," and Trump accused him of being politically biased during his time at the Justice Department.