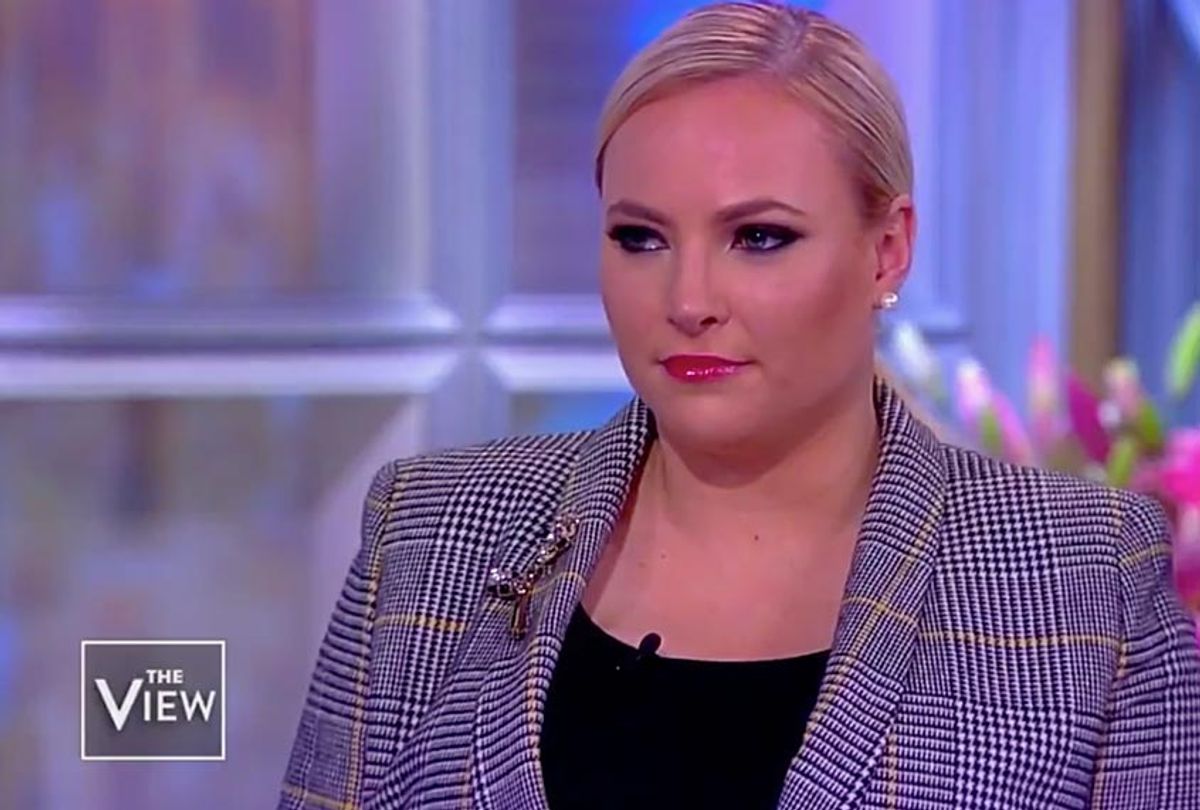 "I think if I had told my dad, 'Seven months after you're dead you're going to be dominating the news and all over Twitter' – He would think it's hilarious that our president was so jealous of him that he was dominating the news cycle in death as well," McCain, a co-host of ABC's "The View," said on the talk show.

"This is a new bizarre low. I will say attacking someone who isn't here is a bizarre low," she added. "My dad's not here, but I'm sure as hell here."

Trump criticized the former Arizona lawmaker during a Tuesday appearance at the White House alongside Brazil's new president, the far-right Jair Bolsonaro, telling reporters in the Oval Office he was "never a fan of John McCain, and I never will be."

Trump said he remains "very unhappy" with McCain over the late senator's famous late-night thumbs down vote against legislation to repeal and replace the Affordable Care Act, also known as Obamacare. Trump called McCain's pivotal "no" vote against a so-called "skinny" repeal measure of the Affordable Care Act "disgraceful" and claimed McCaine sank efforts by Republicans to repeal the healthcare law among "other things" that have left him angered.

Trump's escalated attacks against McCain suggest the president cannot resist reviving old battles, many of which he renewed in recent days in a series of tweets that slammed McCain, former Vice President Joe Biden, Democrats, special counsel Robert Mueller's investigation into Russian interference in the 2016 election, the media and more. But as Trump continues to assail the late senator, a number of Republican lawmakers criticized Trump for the remarks.

"I just want to lay it on the line that the country deserves better, the McCain family deserves better," Sen. Johnny Isakson of Georgia told The Bulwark, a conservative news site, in an interview published Wednesday. "I don't care if he's president of United States, owns all the real estate in New York or is building the greatest immigration system in the world."

"Nothing is more important than the integrity of the country and those who fought and risked their lives for all of us," Isakson added.

Sen. Mitt Romney of Utah is the only other Republican lawmaker who has publicly criticized Trump by name for his attacks. While he did not serve with McCain in the Senate, he ran against him in the 2008 GOP presidential primary.

Meanwhile, Senate Majority Leader Mitch McConnell of Kentucky called McCain a "genuine American hero" in a Wednesday tweet, although he did not call out Trump by name or mention his comments.

Sen. Lindsey Graham of South Carolina, who was one of McCain's closest friends in the upper chamber, also praised the late senator in a tweet without mentioning the president.

Amid the controversy, Senate Minority Leader Chuck Schumer, D-N.Y., announced Wednesday that he intends to introduce legislation to rename one of the Senate office buildings after the late Arizona senator.

Although Trump recently reignited his years-long offensive against the late Arizona Republican, Meghan McCain made it clear on "The View" that she is not letting the president's insults bring her down.

"Do not feel bad for me and my family," McCain said on "The View" Wednesday. "We are blessed. We are a family of privilege. Feel bad for people out there who are being bullied who don't have support, that don't have the women of 'The View' to come out and support their family."