"People will not stand for it," Trump told Fox Business News 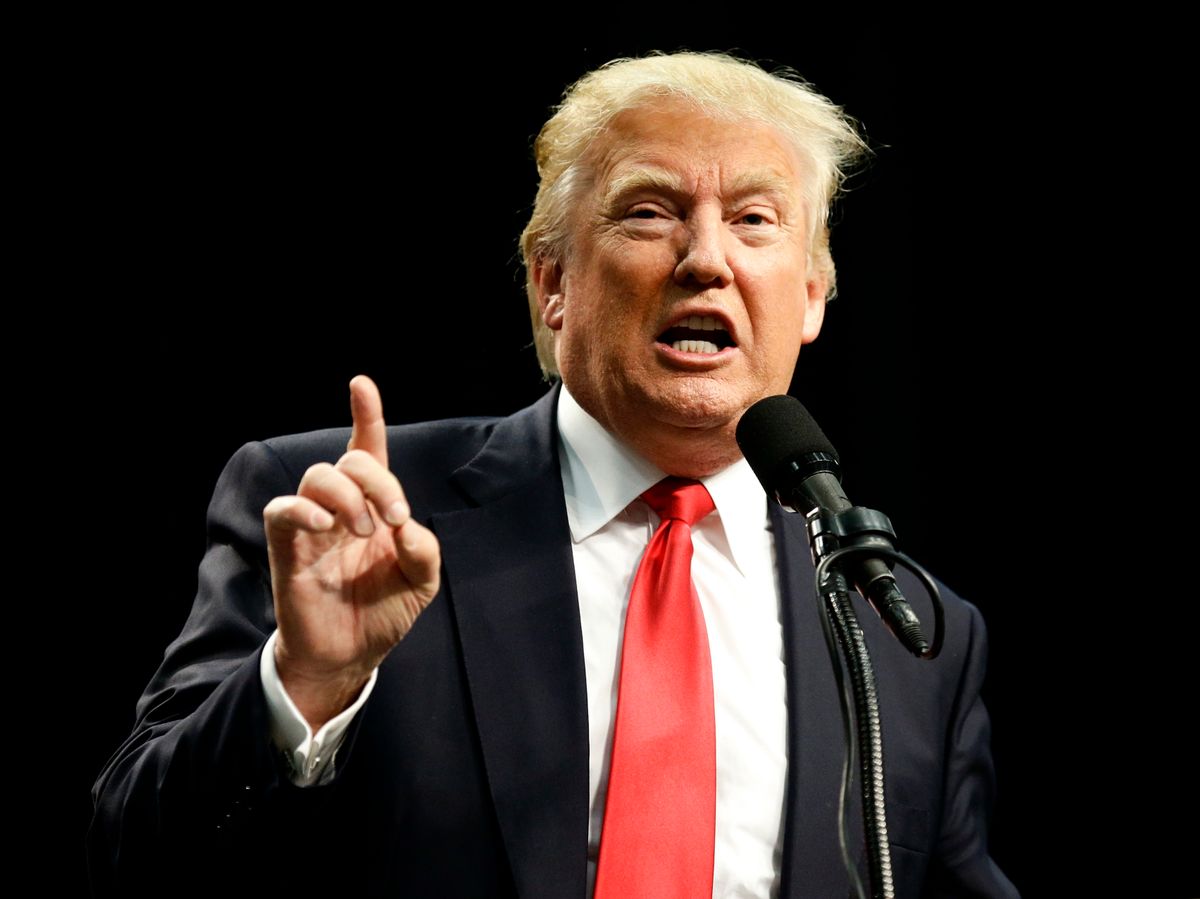 President Donald Trump appears determined the American public will dismiss special counsel Robert Mueller's highly-anticipated report on allegations of collusion between Trump's 2016 presidential campaign and the Russia – if it makes him look bad.

"People will not stand for it," the commander-in-chief told Fox Business News in an interview Thursday. "For two years, we've gone through this nonsense, because there's no collusion with Russia."

Trump criticized Deputy Attorney General Rod Rosenstein and his decision to appoint Mueller in May 2017 to lead the investigation into Russian interference in the 2016 election.

Rosenstein has attracted significant attention throughout his time in the No. 2 role at the Justice Department. He took control of the investigation into Russian meddling after former Attorney General Jeff Sessions recused himself from the probe — a decision that Trump has long criticized and continues to publicly attack, even though Sessions resigned late last year. Rosenstein tapped Mueller in May 2017, one day after it was revealed that former FBI Director James Comey, who Trump fired days earlier, documented his interactions with Trump on the Russia probe, including an alleged request from the president to drop any investigation into former national security adviser Michael Flynn, who was a senior adviser on Trump's presidential campaign. The news spurred Democrats, and even some Republicans, to call for a special prosecutor to lead the investigation.

Also in the days after Trump fired Comey, then-acting FBI Director Andrew McCabe launched an obstruction of justice investigation into the president to probe the firing and Trump's Oval Office conversation with the former FBI director, in which the president allegedly asked Comey to drop the investigation into Flynn. Rosenstein wrote a memo justifying Comey's firing.

Rosenstein has been a frequent target of Trump in the months after McCabe claimed Rosenstein had considered wearing a wire in meetings with the president without his knowledge. When that information was reported last year, Rosenstein's tenure at the Justice Department was called into question. Rosenstein denied raising the possibility of wearing a wire during meetings with Trump, but McCabe alleged the suggestion was raised several times and that he had discussed the possibility with FBI lawyers. McCabe also claimed he and Rosenstein discussed potentially removing Trump from office under the 25th Amendment. Rosenstein has denied McCabe's assertion. The White House has called McCabe's claims "completely baseless," and Trump accused him of being politically biased during his time at the Justice Department.

In his interview with Fox Business News, Trump blamed all of the people involved in the probe before stating, "With all of that being said, for two years we've gone through this nonsense, because there’s no collusion with Russia. You know that better than anybody."

"There's no obstruction," he added. "They'll say, 'Oh, wait. There was obstruction. There was a hoax, but he obstructed in fighting against the hoax.'"

Trump has continued to claim there was "no collusion" between his 2016 presidential campaign and Russia as Mueller's probe is reportedly wrapping up. Attorney General William Barr will receive Mueller's findings and Barr, in turn, is required to notify Congress about the special counsel's conclusions. The report must explain Mueller's "prosecution or declination decision," according to special counsel regulations. However, Justice Department rules governing the special counsel do not require Barr to disclose the full report to lawmakers. Barr previously pledged to make as many of Mueller's findings public as possible.