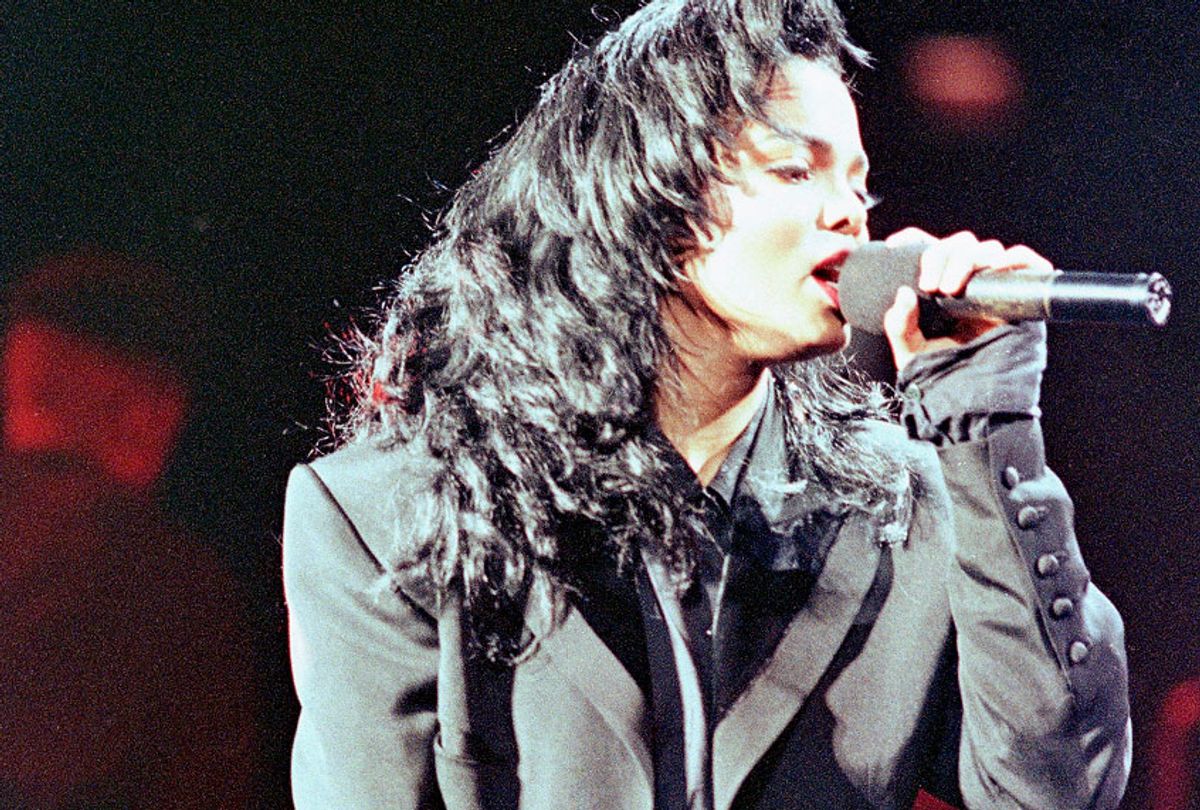 Janet Jackson is shown performing Thursday, March 1, 1990 in Miami Arena during a performance which kicks off her "Rhythm Nation World Tour 1990." (AP/Bill Cookie)
--

Pop icon Janet Jackson will finally be inducted into the Rock & Roll Hall of Fame on Friday, after being eligible since 2007. The nearly decade-long snub  — she wasn't even nominated until 2016— had long been glaring, but by 2018 and with Jackson's third nomination, musician Questlove correctly described her exclusion as "HIGHLY criminal."

"Whether we credit it or not: Control was the first #NewJackSwing album," Questlove said of Jackson's critically-acclaimed breakthrough on his Instagram. "Not to take away from her peers in the RRHOF that made marks in the 80s. But half of them can NOT claim they changed music."

How a five-time Grammy winner, a certified triple threat, and the only artist to achieve number 1 singles in the 1980s, 1990s, and 2000s, according to Jackson's bio, has been kept out of the Hall of Fame for so long is inseparable from her marginalization in music at large.

The wardrobe malfunction at the Super Bowl halftime performance in 2004, colloquially known as "Nipplegate," is notorious, and had wide repercussions for Jackson alone, though Justin Timberlake was the one who mistakenly ripped the two layers of fabric from her outfit, revealing Jackson's bare breast for nine-sixteenths of a second on live TV. This happened in the final moment of Jackson's performance, in which she executed a medley of her hits spanning 30 years.

The incident was condemned on multiple fronts — by the White House, advertisers, angered citizens — and Jackson bore the full weight of the censorious moral panic, fueled by unacknowledged and under-examined racism and sexism. As Julian Kimble for the New York Times wrote, "Ms. Jackson, absent from the Grammys that year under unclear circumstances, after being scheduled to appear, experienced a newfangled, online-enabled public taunting analogous only to that faced by Monica Lewinsky at the millennium’s turn. She lost countless endorsement and touring opportunities."

Only recently has it been revealed just how deep Jackson's punishment went. In Sep. 2018, HuffPost reported that disgraced former CEO and chairman of CBS Les Moovnes "was obsessed with ruining Janet Jackson's career" after the Super Bowl incident. CBS along with MTV had produced the halftime show and faced significant fines from the FCC.

According to the report, Moonves was convinced that the wardrobe malfunction was intentional, even after both Jackson and Timberlake offered public apologies, and actively campaigned to ruin Jackson's career for many years following. Moonves initially banned both entertainers from the Grammys that year, but reportedly allowed Timberlake to perform after he received a personal apology from him. Moonves would go on to order VH1 and MTV to stop playing Jackson's videos, and instructed Viacom-owned radio stations to cease airing her songs, according to HuffPost.

By 2011, Moonves' hostility towards Jackson was still aflame, according to the report, and he was "furious" when he found out that she signed a book deal with the Viacom-owned publisher Simon & Schuster. "How the f**k did she slip through?" the former CBS chairman allegedly said.

The influence of Moonves and the outright and long-lasting contempt for a black woman legend had massive implications for Jackson's career, likely including why it has taken three Rock & Roll Hall of Fame nominations before her eventual induction this Friday. It's unclear if Moonves' own ouster amid sexual harassment allegations last year had an any effect on Jackson's nomination finally garnering enough votes for induction.

Either way, Jackson's honor is long overdue. Her legendary four-album run of music-altering, genre-defying music — "Control," "Rhythm Nation 1814," "Janet" and "The Velvet Rope" — exemplified Jackson's versatility, in both sound and content, and established her as one of the most influential artists of all time.

"For many women of color growing up in the '80s and '90s, Ms. Jackson was the first 'triple threat' superstar who looked like them to reach, or fully 'cross over,' to the mainstream," Kimble wrote for the Times. "It was 'Janet' whom they danced to in front of their mirrors and imitated in dress, not Michael."

For many Jackson fans, today will be bittersweet. Her induction in 2019 is as much a celebration of the longevity of her career and the timelessness of her music as it is a reminder of how her career was derailed and how long she has been excluded from this quintessential honor. The Rock & Roll Hall of Fame's credibility when it comes to who they recognize and when has a long and healthy history of being questioned, and snubbing Jackson for so long has certainly not helped. Hopefully her induction marks a shift in the wider recognition of Jackson's place in music history and culture, even if it is 12 years late in arriving.