Why it's a problem if "Joker" connects mental illness to villainy

A trailer for "Joker" is out, and Joaquin Phoenix looks amazing. Possibilities for a mental illness storyline don't 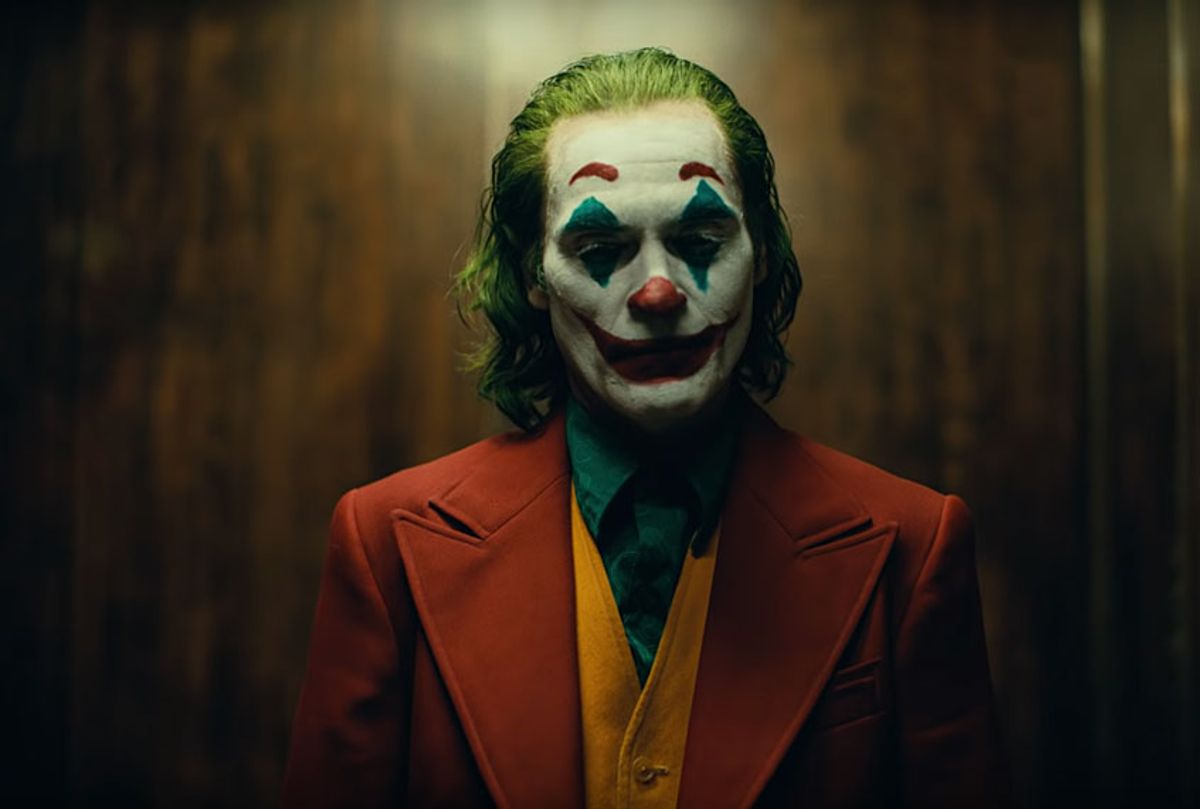 The new trailer for "Joker" looks amazing — and also troubling, but most likely not in the way that the movie's creators would have liked.

First, the good: Unlike the cringe-y Jared Leto performance as The Joker in "Suicide Squad" — where he came across as a wannabe gangster rather than a genuine menace — Joaquin Phoenix's version of the villain harkens back to Heath Ledger's iconic performance in "The Dark Knight." The physical mannerisms, facial tics and hauntingly maniacal laugh are all exactly what one would hope for from a Joker incarnation. These are superficial traits, to be sure, but with a character whose backstory is as obscure as his, surface characteristics play an instrumental role in determining whether a new version works or does not. On that immediate level, Phoenix's Joker seems poised to be a success.

Yet unlike Ledger's Joker, whose terrifying qualities partially stemmed from the fact that he didn't have a backstory, Phoenix's Joker exists precisely so that we can learn about his backstory. And it is there that some red flags start popping up, since the trailer indicates director and co-writer Todd Phillips has decided to make The Joker's backstory one in which mental illness is ultimately linked to becoming a violent criminal.

In the opening shot of the trailer, Phoenix's character "Arthur" is asked by a professional of some kind whether it helps "to have someone to talk to," a question that he answers with a creepy, slightly unhinged smile. A few shots later, we see him jotting down in a notepad that "the worst part about having a mental illness is people expect you to behave as if you don't." It also becomes clear that Phoenix's Joker has a Freudian, perhaps downright Oedipal relationship with his mother, and that the bullying he receives at the hands of random outsiders is linked to his visible displays of mental illness.

"The worst stereotypes come out in such depictions: mentally ill individuals as incompetent, dangerous, slovenly, undeserving. The portrayals serve to distance 'them' from the rest of 'us,'" Stephen Hinshaw, a professor of psychology at the University of California–Berkeley, told US News & World Report in 2015.

Even though people with mental illness are less likely to commit violent crimes than the mean, and are more likely to be victimized by them, the news media regularly speculates as to whether certain violent criminals have mental health issues (as opposed to just being, you know, bad people). Film and television reinforces this by frequently giving their character an explicit or implied diagnosis to explain why they're bad, whether it's James McAvoy's villain in the 2017 movie "Split," Anthony Perkins' legendary portrayal of Norman Bates in the 1960 movie "Psycho" or the entire fictional universe of mentally unwell evil-doers established in the Hannibal Lecter series.

It is a trope that leads to real-life stigmas that affect people with mental illness — and it's one that really, really needs to go away.

This isn't to say that "Joker" will definitely fall into that trap. For one thing, Phillips is a director whose early resume displayed an affinity for human outliers: In his 1993 documentary "Hated: GG Allin and the Murder Junkies," which he made as a junior at New York University, Phillips chronicled the eccentric antics of punk rocker GG Allin in a way that found the humanity and iconoclasm behind a man widely dismissed as simply "crazy" by his contemporaries. Even though his later movies could be more problematic, he still seemed to have a soft spot for people with mental illness rather than hating or fearing them — Zach Galifianakis's Alan in "The Hangover: Part III" is clearly labeled as mentally ill and yet becomes the primary character audiences are supposed to identify with in the trilogy (although one could argue that his mental illness becomes the butt of jokes more than a bit too often). If "Joker" can use the main character's mental illness as a way of humanizing him, and clearly establishes that his path to villainy is in no way connected to that illness, then it could ultimately play a positive role in our culture.

At the same time, even if "Joker" does plan on making Phoenix's character sympathetic in his mental illness, it will be difficult to avoid at least subtextually linking that illness to violence when the man who becomes one of comic book lore's most infamous villains is branded that way right from the get-go. Even if Phillips and Phoenix didn't plan it this way, establishing the pre-Joker character as mentally ill — to the point that it's front and center in the trailer — connects his dangerous qualities to his illness. It's a form of coding, and the fact that it often isn't intentional actually makes it more damaging rather than less so. Prejudice is certainly bad when it's deliberate and overt, but there is something particularly pernicious about stereotypes that are reinforced reflexively, particularly through a medium as influential as storytelling tropes.

While no final conclusions can be drawn about "Joker" and mental illness until the film hits theaters, the trailer has already set things off on a bad foot by going out of its way to make it seem like this movie will fill in the famously mysteriously backstory by saying, "Dude was sick." If that isn't the actual premise of the film itself, then the studio should tweak its promotional strategy in the future to avoid giving that impression in the future. If that is the direction that Phillips decided to go in, though, then a lot of people who could put on a happy face for "Joker" will be unable to do so.